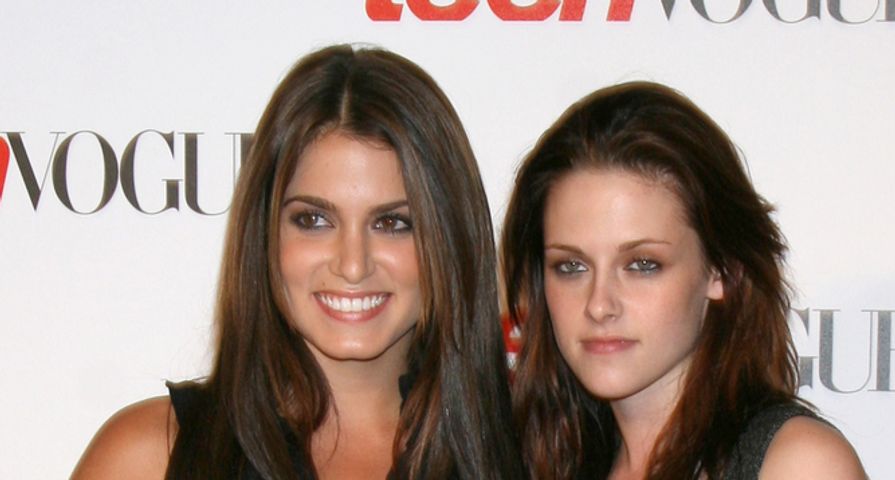 Given how rich most celebrities are, one would think that they would never have had a need for roommates. It turns out that when many of them first started out, they didn’t have the funds needed to manage and operate a mansion so, like us, they turned to roommates to help them make ends meet. While it’s no surprise that celebrities like Matt Damon and Ben Affleck once lived together, we’ve found that there are a number of celebrity roommates that we never knew lived together. Many – if not all – of these will come as a huge shock as many of them are no longer in touch. Here are 7 surprising celebrity roommates!

Jonah Hill and Justin Long shared a home in Los Angles when they were first breaking into the movie business. Things were fine until they began acting like an old married couple, fighting over trivial stuff like how to keep the house clean. According to Long, his friend and former co-star has a messy side, which ended up ruining their living arrangement. The former boyfriend of Drew Barrymore ended up moving out; however, there are no hard feelings – these two are still friends.

“We’re still great friends but it got to be like an old married couple. We fought over recycling. He would recycle everything. I would find banana peels and shards of glass in the recycling bin. We started getting in little fights like that, he left the bathroom door open, didn’t clean up after himself. Little things like that. It was time for a separation,” Long said in an interview.

Justin Timberlake and Ryan Gosling weren’t just co-stars on Disney’s “Mickey Mouse Club” – they also lived together! Timberlake’s mom was Gosling’s guardian. “[Ryan’s] mother had to keep her job in Canada the second year that we were on the television show, and my mom was his guardian for like six months. So, we actually lived together when we were that age,” the Grammy-winning singer said.

According to him, he and his co-star/roommate used to get in a lot of trouble together. “We used to do terrible things. We thought we were so cool when we were on the Mickey Mouse Club. Looking back on them, they weren’t as bad as I thought they were at the time,” Timberlake said. “We stole a golf cart. And we we’re like ‘Yeah, man. We’re stealing a golf cart,’ but meanwhile, you know what it’s like on a backlot. There’s just golf carts everywhere. So, we stole the golf cart and we drove into MGM Studios, which is totally illegal by the way. I was like, ‘What you want to do, thug?’ And he [Ryan] was like, ‘I don’t know, cuz,’ because definitely that’s how we talked.”

Lindsay Lohan was once roommates with fellow Disney star Raven Symone – for a whole 14 months. That’s a long time by Lohan standards! According to Symone, the two decided to move in together because they weren’t planning on going to college and they both wanted the whole roommate experience.

“When I First met Lindsay Lohan, we clicked because we did the fashion shoot together, she was cool. We were like: ‘What up girl’, I was like ‘What Up girl.’ I’ll just say I thought she was from Atlanta the way she was proportioned and acted, when normally girls in the industry look a different way. I was like ‘Let me find out you’re down’ and she was like ‘Yeah I eat’, and I was like ‘Good for you, you eat, that’s rare!’ And so I was like ‘I know you’re not going to college right now and I’m not going to college so let’s have a roommate experience.’ She was real real cool actually. She became real busy with work, and she never really moved in. I just got rent from her for 14 months,” Symone said.

When Chace Crawford and Ed Westwick first landed their roles on CW’s “Gossip Girl,” they rented an apartment together. The roommate relationship lasted for about two years with Crawford ending it in 2009 because he couldn’t handle Westwick’s slovenliness. Who knows what really caused the “Footloose” star to move out. It could have been because the British actor was a slob or that these two were tired of all of the gay rumors.

While they were living together, many suspected that these two were more than just roommates, co-stars and friends. “People think Chace is gay, and thought I was gay, that we were humping. It’s not true, but hilarious. People project their fantasies onto people. I’ve never been someone who makes it my objective to go out and pick up chicks. But I’ve met some fantastic ladies here. You know those amazing conversations where you find yourself in a café talking until 2 a.m. and never see them again,” Westwick told Page Six.

Robert Downey Jr. and Kiefer Sutherland used to share an apartment in Los Angeles. These two were pretty young when they lived together and we can only imagine the types of parties that they threw at their apartment. They lived together for only three years and, considering their personal histories, we think it is fair to assume that those were three very wild years. These two have both had very public struggles with drugs and alcohol; however, since hitting rock bottom, they have both managed to get their lives in order.

Downey and Sutherland did more than just live together back in the day – they also worked together too. They were co-stars the 1988 film “1969.” Although reviewers had mixed feelings about the film, they were quite impressed with Downey and Sutherland as the leads. We wonder if these two will ever work together again. Something tells us that it isn’t very likely!

When Ryan Gosling and Michelle Williams were filming “Blue Valentine, they lived together, along with the young actress who played their daughter in the film. They rented a house, brought their own clothes and belongings, and lived according to a budget based on their characters’ incomes. The whole point was to get them into the mindsets of their characters and build tension for filming. It looks like it worked because these two both gave incredible performances.

During filming, Gosling and Williams ended up really liking each other. “He’s so hard to hate,” she said. “It’s hard. He does the dishes, and he takes care of the kids!” She grew so close to her co-star that she kept her character’s wedding ring. “From Blue Valentine I kept my wedding ring. I kept it on actually for… a while… After the shooting had stopped I was still wearing it, I couldn’t quite take it off. And now I keep it above the kitchen sink where I do dishes as a little memento – I kept that,” she said.

Nikki Reed lived with Kristen Stewart when they were filming “New Moon” in Vancouver. According to Reed, these two didn’t go out much. Instead the cast would head over to Peter Facinelli’s. He would make them all pasta. It sounds like they all had a good time together, but we dug up some other info that suggests there was a love triangle between Stewart, Reed and Robert Pattinson.

Rumor has it that Reed and Pattinson were dating before he started pursuing Stewart, who was dating someone else around that same time. It looks like he ended up dumping Reed for Stewart, which ended up ruining their friendship. When Reed was asked about her co-stars in an interview with Seventeen magazine back in 2011, she hinted that things weren’t all rosy between her and her co-stars. “We’re not all best friends, and we’re not all going to hang out together after the final movie is done,” she said. Yeah, we doubt she kept in touch with Stewart.