7 Stars Who Have Publicly Slammed Their Exes (With Quotes) 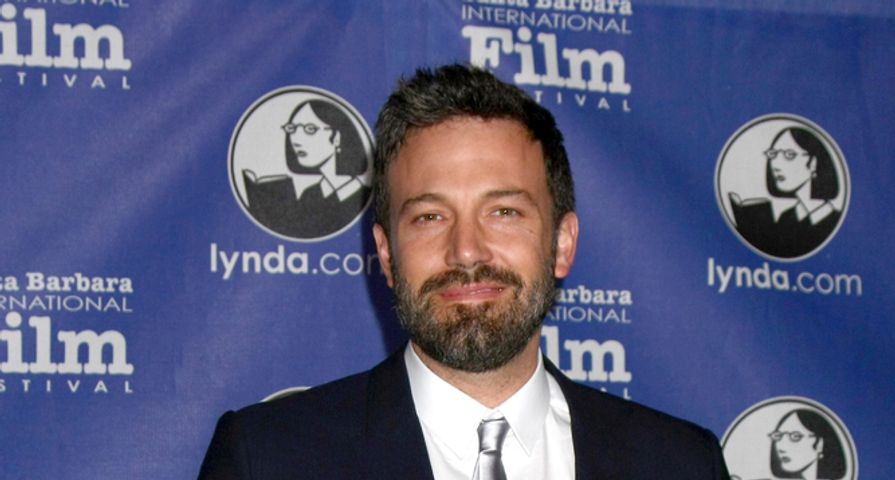 Breakups can be messy — especially when you’re a celebrity. Instead of keeping their dirty laundry out of the public eye, many famous people take to social media or gossip magazines to publicly slam their exes. Is it wrong that we find this incredibly entertaining? On some level, it’s comforting to know that celebrities get as mad and irrational as we do when it comes to our exes! Here are seven celebs who publicly slammed their no-longer-significant others. You’ll be shocked to read what they said:

Remember when One Tree Hill stars Sophia Bush and Chad Michael Murray were happily married? Not anymore! The pair officially finalized their divorce in 2006, and Sophia later talked some smack about Chad when she appeared on Bravo’s Watch What Happens Live. “My mother once said to me, that if you don’t have anything nice to say, not to say anything at all,” Sophia said when she was asked about her ex. Although she claims she doesn’t have a personal problem with Chad, she says he despises her: “The person in my situation hates the other person,” she said, adding, “Whatever.”

Russell Brand and Katy Perry broke up at the end of 2011, when Russell sent Katy a text message (yep, you heard that right) saying that he wanted a divorce. If that wasn’t bad enough, Russell later slammed Katy and the intimate life they had while married. “When I got divorced, I considered becoming a monk,” he said while performing at the Soho theater in London. “When you’re a monk, you’re not allowed to have sex with anyone. When you’re married, it’s one person. That’s one more than a monk. It’s not that different. I’d be having sex thinking. ‘Think of anyone, anyone else.'” Yep, he went there.

Before settling down with funnyman Jason Sudeikis, actress Olivia Wilde was married to Italian prince Tao Ruspoli for eight years (they finalized their divorce in 2011). Like Russell, Olivia talked about how her sex life with Tao was less than fulfilling: “I felt like my vagina died. It just turned off. Lights out,” she said during a performance of monologues at Joe’s Pub, adding, “You can lie to your relatives at Christmas dinner and tell them everything on the home front is just peachy. But you cannot lie to your vagina.” Olivia later said that those comments were never meant to be public, since they were part of an intimate performance. “The ‘These Girls’ monologues at Joe’s Pub were not meant for publication, and, in context, were a celebration of LOVE, girls, and honesty,” she explained to her Twitter followers.”Sneaky recorders are everywhere these days, but performance art doesn’t always translate accurately to tabloid interpretation.”

Real Housewives of Beverly Hills star Brandi Glanville has practically made a career out of slamming her ex-husband, actor Eddie Cibrian, who cheated on her with his now-wife LeAnn Rimes. It’s impossible to list all the different times Brandi said something negative about Eddie in an interview, on social media or on her Bravo reality show, but here’s what she said about her marriage in her book Drinking and Dating, P.S. Social Media Is Ruining Romance: “I have three permanent reminders of my marriage that I live with every day. [My sons] Mason, Jake, and HPV. She added, “It’s been five years now since I discovered my ex-husband who was sleeping with half of the women in Hollywood.” Ouch!

To be fair, Eddie and LeAnn have often fired back at Brandi publicly. On the couple’s VH1 show LeAnn & Eddie, he told his hair stylist and friend Mike, “I mean, you’d think that my ex would be incredibly excited that I’m with someone who loves the kids like they’re her own.” Then when Mike asked Eddie if Brandi was dating, he responded with a laugh, “Ha! Would you date her?” He also took a jab at Brandi on Jimmy Kimmel Live, saying, “I think there’s some people who are just kind of born to create drama and then capitalize on it.” Well, we can’t argue with him there. But doesn’t anyone want to keep their private life private anymore? We’re not sure Eddie and LeAnn are any classier than Brandi when it comes to airing dirty laundry.

David Justice did not keep his feelings a secret when it was announced that his ex Halle Berry split from her third husband, Oliver Martinez. “Me, (second husband) Eric (Benet), (boyfriend) Gabriel (Aubry) and Olivier were all her ‘Knight in Shining Armor’ until it ends,” he wrote on Twitter. “Then we all become the worst guys in history.” David also denied reports that he had ever abused Halle, implying it was another flame, Wesley Snipes. “Reading the latest Halle Berry Reports, it wasn’t me who hit Halle causing the ear damage. Halle has never said that I hit her,” David maintained. “It was a former Hollywood boyfriend (WS) that she told me!” he continued, using the hashtag “getyourfactsright.” Responding to Halle’s claim that she had been in “abusive” relationships, David said, “She was mad at me leaving the relationship so she and her Hollywood Team just tried to destroy my character. It had to be my fault right?”

Few Hollywood relationships were as high-profile as that of Ben Affleck and Jennifer Lopez, dubbed by the press as “Bennifer.” Overall, Ben and Jennifer now speak well of each other, but in one interview with the UK’s Now magazine, Ben said that he was very unhappy in the relationship. “I should never have got engaged and never gone down that route,” he said. “I thought I wanted certain things, but I didn’t. I got lost and felt suffocated, miserable and gross. Being in the middle of a tabloid frenzy, it became so intense I had to stop and think, ‘What am I doing with my life? I had to smile for the cameras, but I was really in turmoil. I was no longer in control of my life and I didn’t know which way to turn. I felt like a hamster in a cage. The faster my legs went, the less distance I seemed to travel.” Jeez. Even if he’s talking more about the publicity than about Jennifer herself, it would be hard to read those words from your ex and not feel horrible, don’t you think? To be fair, Ben also told The Hollywood Reporter in 2013, “I respect her. I like her,” adding that he and Jen occasionally “touch base.”