7 Of Hollywood’s Most Homophobic Celebrities 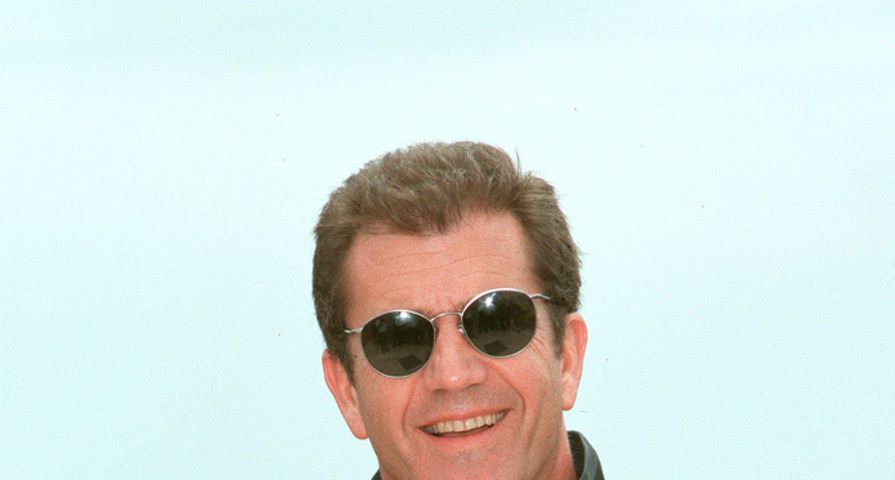 Hollywood is a pretty open-minded place in many ways; however, there are a few celebrities that seem a bit out of step with the majority. The stars that we’re talking about don’t believe in equal rights for everyone. They have all been caught making homophobic remarks and, while some of them have apologized for their behavior, there are still a number of them who don’t see what they said as wrong. We decided to call these celebrities out for their homophobic outbursts. After all, aren’t we all supposed to be past that kind of narrow-minded thinking? Here are 7 celebrities who have displayed homophobic behavior!

Isaiah Washington’s use of homophobic slurs is what got him fired from “Grey’s Anatomy.” During his tenure on the show, he had a disagreement with his co-star T.R. Knight and reportedly called him a “f***ot.” The controversy should have ended there; however, at the 2007 Golden Globe Awards, when he was interviewed on the red carpet, Washington (inappropriately) joked about the situation saying, “I love gay. I wanted to be gay. Please let me be gay.” No one was laughing.

After the incident, ABC decided not to renew the actor’s contract and dropped him from the show. No one else in Hollywood was really interested in working with the actor as a result of all the controversy. Washington has since claimed that Hollywood persecuted him for the anti-gay comment that he made at the Golden Globe Awards. We think he’s probably learned a really valuable lesson as a result. Maybe he can spend his free time reviewing his views on equality.

Chris Brown’s uncontrollable anger has resulted in him saying some pretty homophobic things. In 2013, the rapper yelled an anti-gay slur at man who had photobombed a picture he was taking with a couple of female fans in Washington D.C. According to the victim, Brown said, “I’m not into this gay s**t, I’m into boxing,” and then he punched the guy in the face, breaking his nose. Brown has been accused of using homophobic slurs in the past. He reportedly used the word “f***ot” during a confrontation he had with Frank Ocean in 2013.

Ironically, shortly before his confrontation in Washington D.C., Brown had sent a message out his fans via Twitter about equality in support of an AllOut.org petition against anti-gay violence in Africa. “Love is not a crime. Gay or straight. Love who u wanna love. Stop the hate & sign here,” he tweeted. If he really believes in this, he needs to stop using homophobic slurs, otherwise he’s just a hypocrite.

50 Cent has posted some pretty homophobic things on Twitter. In 2010, he tweeted, “If you a man and your over 25 and you don’t eat pu**y just kill your self damn it. The world will be a better place. Lol.” To make matters even worse, this was around the same time that that a number of gay teens had committed suicide because of bullying.

50 Cent has since apologized for comments, claiming that he is not a homophobe and never was. “I would use the terminology that would be going around. My grandfather may say terms – people may actually say terms based on their experiences that were happening at that point. You’ve got people that would call some people a redneck, or some people n*gga. It’s the term of that time or that period. They’re not necessarily racist, but they’ve heard those terms used around them, and they use them,” he told TheWrap.

Alec Baldwin has one of the most ridiculous tempers in Hollywood. He has found himself in hot water on more than one occasion because of the homophobic rants that he’s displayed while angry. As far back as the early ‘90s, he has been caught using homophobic language. There was one instance in 1992 where he called the driver of a horse-drawn-carriage a”f***ot.” In 2011, he referred to a Starbucks barista as an “uptight queen;” and, in June of 2013, Baldwin called Daily Mail journalist George Stark a “toxic little queen.”

While Baldwin’s homophobic slurs in the past seemed to have little repercussion, last year his luck ran out when he reportedly called a paparazzo a “c***s***ing f***.” MSNBC fired him for over the anti-gay outburst. Instead of taking responsibility for his inability to control his tempter, Baldwin blamed the “fundamentalist wing of gay advocacy” for the reason why he was let go from his job.

Cee Lo Green has made a number of controversial comments on Twitter in recent years. He once tweeted about rape not actually being rape if the victim doesn’t remember and he also attacked a female music critic for giving one of his performances a negative review, calling her “gay.” “I respect your criticism, but be fair! People enjoyed last night! I’m guessing you’re gay? And my masculinity offended you? Well f**k you!”

When fans accused him of being homophobic, Green offered a series of explanations including one that was somewhat apologetic, but not quite. “Apologies gay community! What was homophobic about that? I said I was guessing he was gay which is fine but it’s nice to what you think of me,” he tweeted in response. If he doesn’t want to be considered a homophobe, Green should have offered a more sincere apology to the gay community. As it stands, we still think he is.

Kirk Cameron has never made a secret of his homophobia. In an interview with Piers Morgan, the former teen heartthrob came right out with it and told his host that he believed that homosexuality is “unnatural,” “detrimental” and “ultimately destructive to so many of the foundations of civilization.” When it comes to his beliefs about homosexuality, he didn’t stop there.

Cameron used the story of Adam and Eve to validate his opinions on homosexuality and marriage. “Marriage was defined by God a long time ago. Marriage is almost as old as dirt, and it was defined in the garden between Adam and Eve – one man, one woman for life till death do you part. So I would never attempt to try to redefine marriage. And I don’t think anyone else should either. So do I support the idea of gay marriage? No, I don’t,” he said. Many feel that Cameron went too far, but something tells us that this man is incapable of seeing things any other way.

Mel Gibson has been a homophobe for years; however, it hasn’t always been common knowledge. Some of his homophobic rants date back to the early ‘90s. In one instance, it was during an interview with Spanish-language newspaper El Pais. “They take it up the a**, this [pointing to his butt] is only for taking a sh*t. With this look, who’s going to think I’m gay? I don’t lend myself to that type of confusion. Do I look like a homosexual? Do I talk like them? Do I move like them?” the actor said.

In 2010, Winona gave an interview where she claimed that Gibson had made homophobic and racist remarks around her, back in the mid ‘90s. According to the actress, she brought a gay friend to a big Hollywood party and a drunk Gibson made a horrible gay joke right in front of him. As if that wasn’t bad enough, when he found out that Ryder was Jewish, he made a comment about “oven dodgers.”