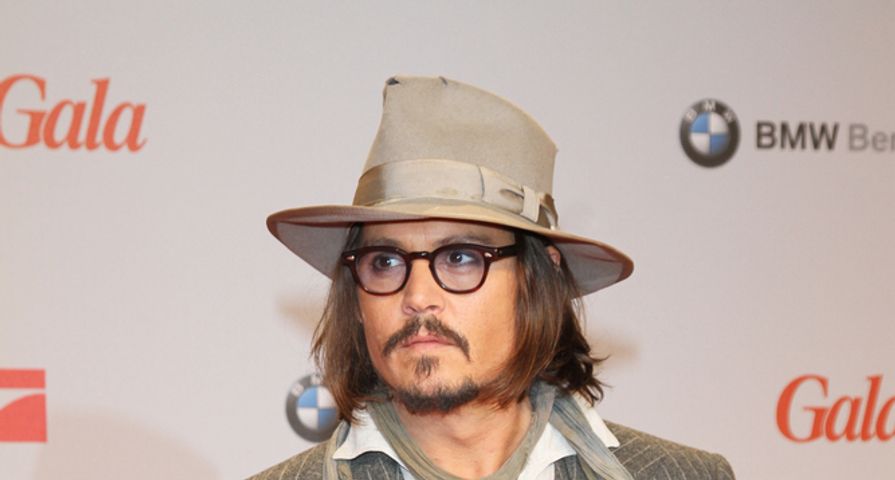 Some of the mega stars from the past haven’t been doing well at the box office. While they were able to dominate for many years, those days are in the past. We’re in a new reality with fresh, new stars and the old ones just don’t factor in anymore. For their careers to really thrive, they’re going to have to start accepting supporting roles cause the leading ones now belong to a new generation. We’ve tracked down some former mega stars and we’ve examined their careers. It isn’t looking good. They just don’t draw in the crowds like they used to. Here are 7 mega stars who have lost their box office appeal!

Back in the ‘80s and ‘90s, everything Mel Gibson touched turned to box office gold. He had the “Lethal Weapon” franchise, which was hugely successful, as well as “Braveheart,” which earned him a Golden Globe and Academy Award for Best Director and “The Passion of the Christ,” which was a major commercial hit, grossing over $600 million while it was in theatres.

Unfortunately for Gibson, his career ended up taking a huge nosedive after reports of him making anti-Semitic remarks to a police officer were made public. Things got even worse for him when his ex girlfriend Oksana Grigorieva filed a restraining order against him, accusing him of physically assaulting her. Then tapes surfaced of him making disparaging comments about her. As a result, Gibson is anything but bankable. One of the last films he starred in, “The Beaver,” was a certified flop, earning only $6.4 million at the box office. Production costs were $21 million.

Demi Moore was one of the most in-demand actresses during the ‘90s. She established herself a bankable star with her role in “Ghost,” which grossed over $505 million at the box office and became the highest grossing film of 1990. Films like “A Few Good Men,” “Indecent Proposal” and “Disclosure,” which all opened at number one at the box office and became blockbuster hits, cemented her A-list status. For “Striptease,” she was paid a then-unprecedented fee of $12.5 million; however, the film ended up being a critical and commercial disappointment. Her next film, “G.I. Jane,” was a moderate box office success; however, domestically it brought in slightly more than what it cost to make.

Around this time, Moore was becoming known for making big demands on set. While filming “G.I. Jane,” she reportedly ordered studio chiefs to charter two private planes for her entourage, which reinforced her reputation as a demanding diva. Since the ‘90s, she hasn’t been the star of any blockbuster film and we don’t see that ever changing – she just isn’t bankable anymore.

John Travolta was a pretty big deal in the ‘70s; however, during the ‘80s, his career was in decline. In the ‘90s, he was able to make a comeback thanks to his role in the hit movie “Pulp Fiction.” He was nominated for an Academy Award and was inundated with movie offers. He found himself on Hollywood’s A-list as a result, but it didn’t last. By the year 2000, he was no longer considered a box office draw. There were no more Oscar nominations. Instead, he won a Razzie Award for his lackluster performance in the critically reviled flick, “Battlefield Earth.”

For years now, Travolta has been anything but bankable. He doesn’t do much film work and the sordid details from her personal life are now news. The last successful film he headlined was “Hairspray;” however, there were countless other stars in the film, which may be why it was such a success. His last starring was “Old Dogs.” It was panned by the critics and earned him another Razzie nomination.

For years, Julia Roberts was considered one of Hollywood’s most bankable actresses. Women wanted to be her and men wanted to be with her. It also didn’t hurt that she was ridiculously talented. She’s been nominated for four Academy Awards in total, winning one for her role in “Erin Brockovich.” Since taking five years off to raise her family, however, Roberts’ ability to draw people to the box office has been seriously compromised. Some suspect that this is because she relies a lot on romantic comedies and that genre is oversaturated.

We personally think that her box office reign is over. Her last romantic comedy, “Larry Crowne,” underperformed at the box office and received negative reviews from critics. Interestingly, the studio reported that 71% of the audience was over 71-years-old. This tells us that some of Roberts die-hard fans are pretty old, which means that, once they are gone, she doesn’t have much of a fan base left.

Eddie Murphy used to be box office gold. He made a successful career for himself in the ‘80s as a comedic actor thanks to his roles in “Trading Places,” “Beverly Hills Cop” and “The Nutty Professor.” Some still consider him to be Hollywood royalty; however, he’s not necessarily part of the A-class and he’s also considered overpaid. Aside from the “Shrek” movies, his films just don’t bring in the money like they used to, but his demands are still sky-high. He reportedly still asks for $20 million per film just like he did at the height of his career, plus he asks for a cut of the gross.

In 2012, Murphy topped Forbes’ list of Hollywood’s most overpaid actors. “Meet Dave” and “Imagine That” flopped at the box office and his comeback vehicle “Tower Heist” only earned $125 million on a $75 million budget. He’s definitely lost his box office appeal.

At one point, Adam Sandler was considered one of Hollywood’s most bankable stars. His films have grossed over $2 billion at the box office; however, as of late, they aren’t making as much money and they are getting some pretty bad reviews. Films like “That’s My Boy,” “Jack and Jill” and “Blended” have all flopped. “That’s My Boy” didn’t even earn back the production costs while “Jack and Jill” only grossed $150 million. The film cost $80 million to make, so what was left all went back to Sony. “Blended” is considered one of Sandler’s worst openings. The film was panned by critics and it only grossed $14,284,031 in its opening weekend.

In spite of all the flops, the “Happy Gilmore” actor still demands more than $15 million per film, which can’t possibly be good. As of 2014, Forbes had been voted him the most overpaid actor for in Hollywood for the second year in a row.

Johnny Depp was one of Hollywood’s biggest stars. If a producer cast him in a film, it was sure to make money; however, things have changed over the last few years. Aside from the “Pirates of the Caribbean” movies, he hasn’t had any hits. Films like “The Rum Diary,” “Dark Shadows,” “The Lone Ranger” and “Transcendence,” have all flopped. Depp just can’t seem to carry a movie the way he used to. Either that or he just can’t seem to pick ‘em.

Although he says that he doesn’t care if his films tank, we have a feeling that the studios who pay him the big bucks do. His latest film “Mordecai” bombed at the box office and with the critics and we think he might find himself on Forbes’ list of the most overpaid actors of 2014. He’s talked about retirement in the past, so now might be a good time for him to really consider it.