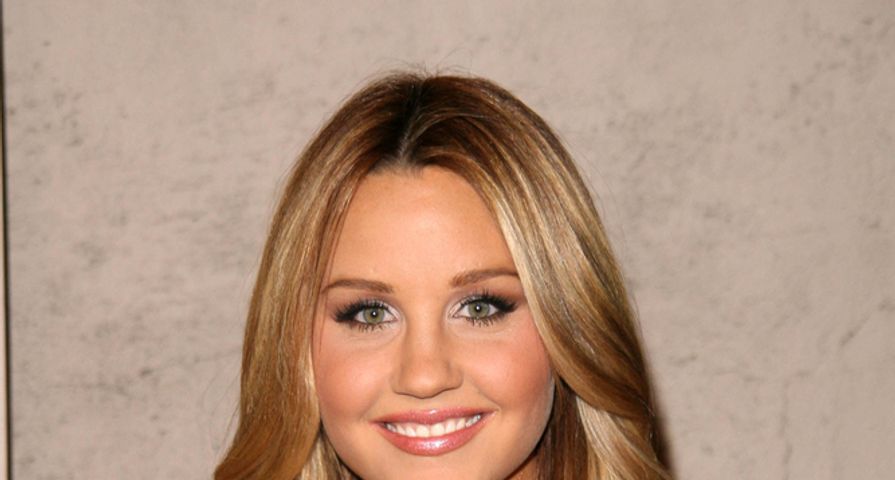 Hollywood loves its teen queens – until they aren’t teens anymore. For some reason, the title seems to bring with it a lot of success and then, down the line, trouble. Many stars who were named teen queen had successful careers until they became adults. In most cases, it seemed to go downhill fast afterwards. We think the title itself might actually be cursed. How else can you explain all the DUIs, the rehab stints and the other out of control behavior? We decided to find Hollywood’s former teen queens and find out what happened. Here are 7 of Tinsel Town’s most well known teen queens!

Christina Aguilera was a teen queen during the late ‘90s. With her blonde hair, petite frame, incredible singing voice and sexy dance movies, she was an instant success. Just like with most teen queens, she had a rival – Britney Spears. Even though these two had been friends when they co-stared on “The New Mickey Mouse Club” several years earlier, the media immediately began pitting these two rising stars against each other.

During the early 2000s, Lindsay Lohan was one of Disney’s reigning teen queens. She had a successful acting career, was branching off into music and was dating one of Hollywood’s hottest young bachelors, Aaron Carter. Unfortunately, not long into her reign, Lohan tired of being called a teen queen and quickly went about reinventing herself as one of Hollywood’s most out of control young actresses. We bet she misses the queen teen title now.

Hilary Duff was Lindsay Lohan’s main rival during the early part of the 2000s. Like Lohan, the “Lizzie McGuire” star had established herself as one of Disney’s leading teen queens thanks to her successful acting and singing careers; however, one of the biggest things that they had in common was that they both dated Aaron Carter around the same time period. Rumor has it that he would dump one of them for the other, which ended up creating a lot of animosity between Duff and Lohan.

Selena Gomez established herself as one of Disney’s teen queens when she simultaneously starred on “Wizards of Waverly Place,” launched a successful singing career and branched out into movies. Unfortunately, her success upset another one of Disney’s teen queens – Miley Cyrus. In a feud reminiscent of Hilary Duff and Lindsay Lohan’s, Cyrus mocked Gomez online while the “Wizards of Waverly Place” got revenge by dating the “Hannah Montana” star’s ex, Nick Jonas.

Miley Cyrus was Disney’s leading teen queen, until Selena Gomez came along. She had her own hit show “Hannah Montana,” which became cable’s most-watched show for kids between ages 6 to 14. She also launched a successful singing career and effortlessly parleyed her talents onto the big screen. For a while, everything Cyrus touched turned to gold. While she’s still successful, she’s no longer one of Disney’s little darlings because of her crazy and, at times, perverse antics.

Britney Spears became one of the first teen queens. She was a natural. With her  girl next-door charm, her fantastic dance moves and catchy song lyrics, men wanted to date her and every girl wanted to be her. Spears kept up the façade for a few years; however, after breaking up with her equally cute boyfriend Justin Timberlake and after dating a string of randoms – including the lead singer of Limp Bizkit – her reign ended.

Amanda Bynes was one of Lindsay Lohan and Hilary Duff’s contemporaries; however, unlike them, she was one of Nickelodeon’s rising stars. Even though she didn’t receive as much press as Lohan or Duff, she became a teen queen around the same time period and her success seemed to last much longer than theirs. She really maintained her squeaky-clean image until 2012 when she began to behave erratically and received a couple of DUIs.