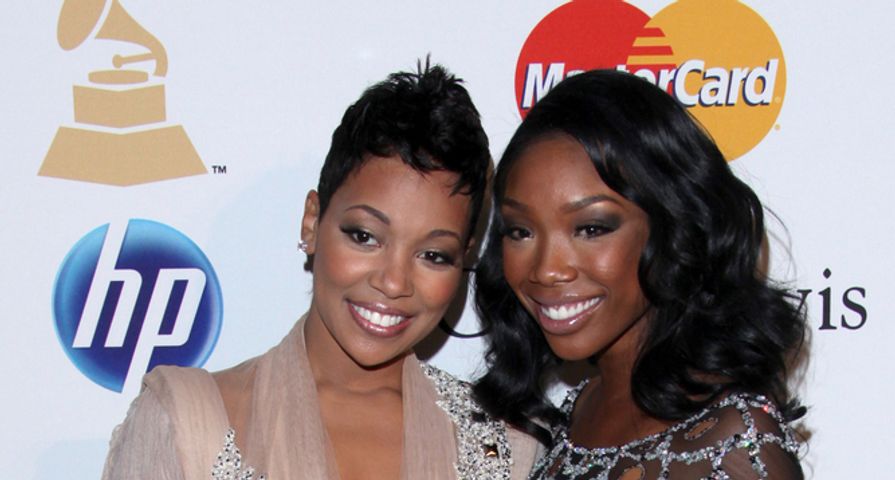 Sometimes there is nothing better – or worse – than a girl fight. As celebrity enthusiasts, we have witnessed thousands and thousands of celebrity feuds over the years. If we didn’t know any better, we would think that some women just like to fight with other women. The R&B world is no different. It turns out that there have been many catfights over the years and most of them have become totally forgotten. These fights are worth remembering. While some of them seem like the fighting was the result of the media manipulating situations, the rest are definitely because some women in R&B just like drama.

Whitney Houston and Mariah Carey were reported to be dueling during the ‘90s. Although there was never any solid proof for this alleged quarrel, most people attribute it to Houston’s struggles during the ‘90s and Carey’s meteoric rise to fame during the same time period. These two ladies had the strongest voices in the business and were both incredibly popular, so people assumed that they didn’t like each other. Houston and Carey tried to put it all to rest with the duet, “When You Believe;” however, people still had trouble believing that there was no animosity.

Rihanna and Ciara’s feud dates back to 2011. It began after Ciara told E!’s Fashion Police about an awkward run-in that she had with the “Umbrella” singer at a party. According to her, Rihanna totally ignored her. Upon hearing that, Rihanna attacked her on Twitter posting, “My bad Ci, did I forget to tip you?” While these two have since made up, it doesn’t take much for either R&B singer to reignite this forgotten feud.

This feud was over a boy – Swizz Beatz. Mashonda had been married to him for several years when he started an extramarital relationship with Alicia Keys. Mashonda didn’t take news of the affair so well. She thought that she and Swizz Beatz were working things out when she found out that he was romancing the famous R&B Singer. Things between Keys, Mashonda and Swizz Beatz are reportedly better these days. They were recently spotted vacationing together in St. Barts.

Keri Hilson and Beyonce have reportedly been feuding for years. Hilson’s song “Turnin’ Me On” is said to be about the R&B singer and her inability to write her own lyrics. Although she has denied the allegations, she sparked more rumors that she disliked Beyonce during a red carpet appearance when she refused to hold up a magazine cover with the singer and her husband Jay Z on it. Although Hilson has made it clear in recent years that she is eager to bury the hatchet, we aren’t sure how Queen Bey feels!

Earlier this year, Rihanna and the remaining members of TLC got into a pretty unnecessary fight when the “Disturbia” singer took offense to Chilli and T-Boz criticizing young singers for not keeping their clothes on. Rihanna took to Twitter and posted a photo of the duo posing topless. According to them, they weren’t even talking about Rihanna; however, they did offer the young star some advice: “Come to us directly. Talk to us. Don’t start a Twitter war and all that kind of stuff. That’s silly.” That’s some invaluable advice!

If Keyshia Cole’s tweets are any indication, it would seem that she doesn’t like Beyonce or Destiny’s Child that much. She slammed Bey’s single, “Bow Down,” earlier this year for being self-righteous and, in 2013, she bashed former Destiny’s Child member Michelle Williams’ performance after she performed with Beyonce and Kelly Rowland at the Super Bowl. “F–k that s–t up then Beyonce! Bad b-tch central. I think I was frightened to blink for a sec. Then Michelle sung and woke my ass up from my daze! She always f–king the groove up.” Ouch!

When their hit “The Boy is Mine” was released, rumors swirled that Monica and Brandy were anything but friends. This rumor was further fueled when they refused to perform the song or even promote it together. At the MTV Video Music Awards, things got really out of hand when a verbal argument between the two turned physical. Years have passed and now these two are friends. They even did another song together, “It All Belongs To Me.”