Home » Entertainment » TV » 7 Forgotten Heartthrobs From Young And The Restless 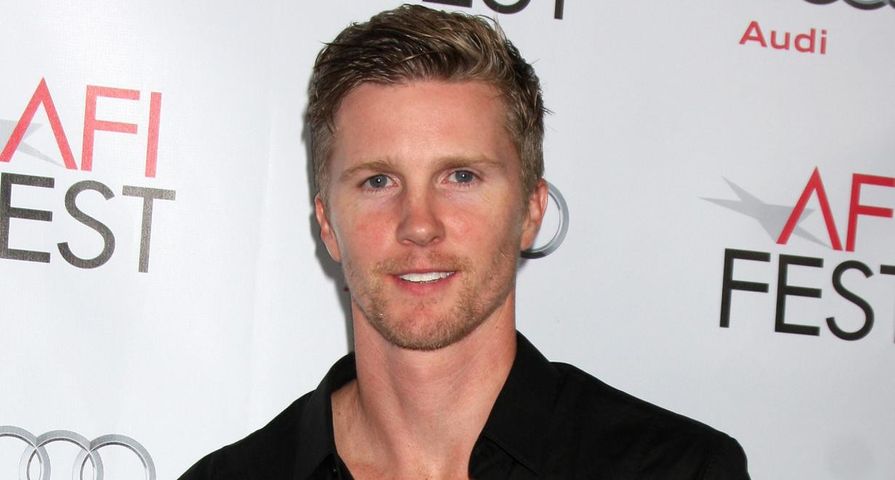 What can one say about soap opera heartthrobs? They make daytime drama interesting; their smiles light up a room; and they make our heart’s skip a beat. When it comes to Genoa City, this little town certainly does not lack in the department of heartthrobs. Nick Newman still rules the roost, half-brother Dylan McAvoy has all The Young and the Restless (Y&R) ladies swooning, and while Stitch Rayburn can’t seem to get a break when it comes to love, his fans still adore him. But what about those heartthrobs of the past? Below is a list of seven Y&R forgotten heartthrobs.

In the 1990s, J. Eddie Peck Swooned Y&R fans while portraying novelist, Cole Howard. He charmed the pants off the Newman women, engaging in affairs with both mom Nikki, and the billion-dollar princess Victoria. He even had a relationship with Ashley Abbott. While Peck has moved on from his stint in soap opera land, he did leave quite an imprint. Peck not only had a solid run on the Y&R, but also Days of Our Lives, All My Children, as well as primetime dramas like Dallas and Dynasty.

When Ryan McNeil stormed into Genoa City, the handsome and aspiring business executive was looking to climb the corporate Newman ladder. That he did, but he also stole a few hearts along the way. Scott Reeves entered the show in 1991 and quickly moved into a serious relationship with a young Victoria Newman. The two wed and while they were deeply in love but, unfortunately, things lacked in the bedroom. Enter: Nina Webster. She was more than happy to fill in any gaps that Ryan was missing with Victoria and jumped at the chance to have a relationship with him. Sadly, Ryan passed away in the early 2000s, on the day he was supposed to remarry Vicky. Saving Victoria from a bullet, his ex-girlfriend Tricia was too jealous to imagine anyone with Ryan but her – and she shot and killed him. Some Y&R fans are still grieving!

David Chow was manipulative, conniving, and a troublemaker … but he was also handsome, charming, and easy on the eyes. He immediately gravitated towards Nikki Newman, who fell in love with him instantly, as she was on the outs with Victor at the time. While Vincent Irizarry was only in Genoa City for a short period of time, boy did he ever make an impact! He was able to wed Nikki, act as Co-CEO of Jabot Cosmetics, was a State Senate Campaign Consultant for both Jack and Nikki at one point, and was public enemy number one at the time when it came to the Victor Newman. The bad news is Chow met his demise in 2008 and Irizarry left the Y&R. The good news? He can now be seen on Days of Our Lives playing the manipulative Deimos Kiriakis.

Now before everyone starts laughing at this one on the list, let’s all remember that David Hasslehoff was considered ‘the man’ in the 1980s and ‘90s. Baywatch and its global success aside, The Hoff also starred in the legendary primetime hit Knight Rider, but before all that … he was also a heartthrob on the Y&R. Hasslehoff entered the Y&R set in 1975 and was with the soap until 1982. He played Bill “Snapper” Foster Jr. and had many a lady in Genoa City swooning over the good doctor. His small but successful soap opera heartthrob stint is just one more reason to refrain from hassling The Hoff.

There is just something about a man in uniform, and Chance Chancellor simply wowed Y&R viewers whenever he donned his. It’s no shocker that he makes this heartthrob list, considering that John Driscoll launched his entertainment career modelling for Armani and Versace. He also dabbled quite a bit on television, with roles on Dawson’s Creek and Young Americans. In addition to his Y&R character, Driscoll was also on the soap opera Guiding Light playing Henry ‘Coop’ Bradshaw.

Anyone remember Bobby and Bridgette? John Enos played Bobby Marsino, the mobster with a heart of gold that tried to change his ways from 2003 to 2005. Everyone loves a handsome man who is trying to better himself, and with his rugged good looks, Bobby easily falls on this forgotten heartthrob list at number two. Bobby was smitten by Bridgette, who wasn’t sure she wanted to get involved with someone who owned a strip club, so he worked very hard to change his ways. Sadly, his past with the mob ended up catching up with him when all was said and done. While he and good-girl Bridgette did up getting married and having a son, Bobby passed away in 2005 from a hit-and-run accident while in the witness protection program.

Real-life husband to Amelia Heinle (the actress that plays Victoria Newman), these two actors met on the set of Y&R and followed in the footsteps of their characters. Still, in real-life Thad and Amelia have had a far better go at love then their onscreen characters, J.T. Hellstrom and Vicky. Thad jumped onto the Y&R scene in 1999, and at that point in time he entered Genoa City’s teen scene, but quickly grew up and eventually became Paul William’s detective side kick. In addition to Vic, Hellstrom hooked up with Colleen Carlton, Brittany Hodges (her mom Anita), and Rianna Miner. Alas, it was his relationship with Mackenzie Browning that drove him out of the soap for good, as the two ended up moving to Washington, D.C. to pursue other opportunities and build a new family. Still, both Mac and J.T. have strong connections to Genoa City … so who knows? Maybe we will get to see him back on daytime at some point in time.