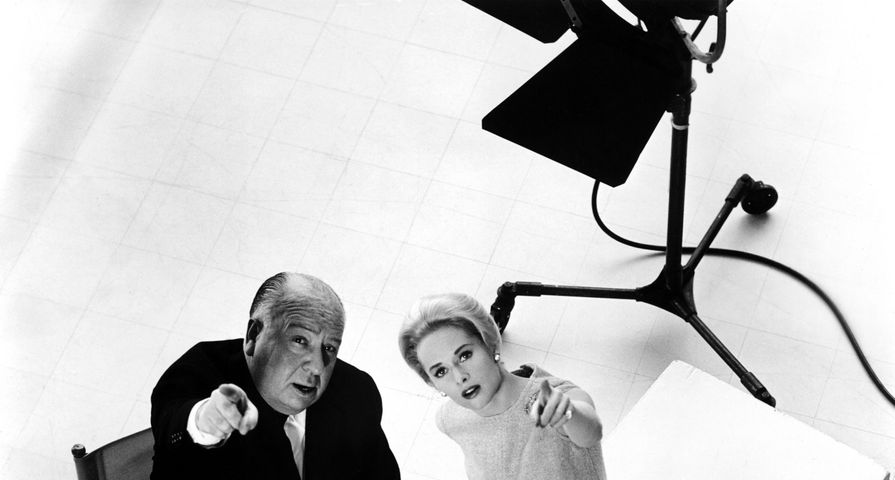 Sometimes actors and directors just don’t get along. This could be because the actor or actress in question is totally temperamental or because the director is. Actors and actresses typically get a bad rap. Much of the time, we assume that they are self-centered and capricious and believe that they are the center of attention. But what happens when the director is like this or, worse yet, when it is both the actor/actress and the director? This can quickly turn any set into a nightmare. We are looking at 7 of the most famous actor/director feuds in Hollywood history – enjoy!

Michael Bay made Megan Fox a star when he cast her in the first two “Transformers” films and then he took it all away when he fired her from the third installment of the series. To be fair, she kind of did it to herself when she insulted him in an interview with Wonderland Magazine. “He’s like Napoleon and he wants to create this insane, infamous mad-man reputation,” she said. “He wants to be like Hitler on his sets, and he is. So he’s a nightmare to work for but when you get him away from set, and he’s not in director mode, I kind of really enjoy his personality because he’s so awkward, so hopelessly awkward. He has no social skills at all. And it’s endearing to watch him.”

It took years, but these two eventually made amends. Bay gave Fox a role in “Teenage Mutant Ninja Turtles” and then all was forgiven. “He was one of the most lovely people that I dealt with in making this movie,” she told EW. “I’ve always loved Michael. We’ve had our battles in the past but even when I’ve been really outspoken about difficulties we’ve had, I’ve always followed up by saying that I have a particular affinity to him.”

When director Tony Kaye was looking for a leading man for “American History X,” he wanted anyone but Edward Norton. Unfortunately, he was unable to find anyone else, so he was stuck with the Oscar-nominated actor. Things got particularly bad between these two when it came time to edit the footage. Kaye’s second cut was significantly shorter than the first and the film’s distributor, New Line, rejected it, claiming that it didn’t bear any resemblance to the first cut. Norton was then brought on board to cut a third version, much to Kaye’s horror and dismay.

Kaye was so dissatisfied with the final edits to “American History X��� that he tried to have his name removed from the credits. When that failed, he tried to use a pseudonym. The Directors Guild of America denied this request, so he tried to use the name “Humpty Dumpty,” which was also denied. Kaye spent $100,000 of his own money on a series of paper ads that denounced the film’s producer and bad-mouthed Norton. He’s since been blacklisted in Hollywood.

Kevin Smith did not like working with Bruce Willis. He directed the actor in the film “Cop Out” and he called the experience “soul crushing.” According to him, Willis was not only a pain on set, but he was also a pain when it came time to promote the film. He reportedly wouldn’t sit for photos and he also didn’t show up at the film’s wrap party, which is pretty telling. Smith took it as an opportunity to let everyone know just how much he disliked working with the action star: “I want to thank everyone who worked on the film, except for Bruce Willis, who is a f*cking d*ck.”

Willis has never publicly responded to any of Smith’s criticism. Maybe he liked working the “Dogma” director or maybe he is just in the habit of taking the high road when it comes to on-set spats. We’re sure we can expect to hear more about this from Smith though.

Joel Schumacher did not like working with Val Kilmer on the set of “Batman Forever.” According to him, Kilmer was rude to the most of the crew, which prompted him to intervene. This led to a pushing match and they haven’t worked together since. Immediately after the incident, Schumacher was quick to trash his former star. “Val is the most psychologically troubled human being I’ve ever worked with. The tools I used working with him – tools of communication, of patience and understanding – were the tools I use on my 5-year-old godson. Val is not just high-strung. I think he needs help,” he said.

In the last year, however, Schumacher has changed his tune. He has had some surprisingly nice things to say about Kilmer. “For me, Val Kilmer was the best Batman,” he said. “I thought he looked great in the costume, and I thought he brought a depth to the role. I thought the relationship between Val and Nicole Kidman was very sexy.”

When they were working on “Zodiac,” Jake Gyllenhaal and David Fincher didn’t really get along. According to the Oscar-nominated actor, the director was a little too hard on him. “David knows what he wants, and he’s very clear about what he wants, and he’s very, very, very smart. But sometimes we’d do a lot of takes, and he’d turn, and he would say, because he had a computer there, ‘Delete the last 10 takes.’ And as an actor that’s very hard to hear,” Gyllenhaal told The New York Times.

When Fincher heard about Gyllenhaal’s commends, he initially responded in jest. “I hate earnestness in performance,” he said. “Usually by Take 17 the earnestness is gone.” It looks like Gyllenhaal wasn’t the only actor upset with Fincher. Robert Downey Jr. also had a role in the film and he was so peeved about the long hours that he began leaving jars of urine around the set as a sort of protest.

2. David O. Russell vs. Everyone

David O’Russell seems to have trouble getting along with people. When he worked on “Three Kings,” he got into a fistfight on set with George Clooney, who was reportedly fed up with him mistreating the crew and the extras. He also mistreated Lily Tomlin when they were working on “I Heart Huckabees.” After filming ended, a video surfaced of Russell flipping out on Tomlin on set. According to an eyewitness on the set of “Joy,” he went after Jennifer Lawrence and Harvey Weinstein. He reportedly booted Weinstein off the set and then freaked out on “The Hunger Games” star.

With the Sony leak, we’ve been hearing that Russell wasn’t especially easy to work with on the set of “American Hustle.” According to some of the leaked emails, he was abusing Amy Adams, so much that Christian Bale got involved and told him to back off. We’re sure that we haven’t heard the last of Russell.

Tippi Hedren’s screen debut was in Alfred Hitchcock’s “The Birds.” While she initially loved the experience, she soon grew to hate it. When she was filming the scene in which her character is attacked in the house by a bunch of birds, Hitchcock assured her that the birds would be mechanical. During filming, however, he had the prop men use live gulls, ravens and crows, which were flung at her. It was pretty dangerous. One of the birds gouged her check and narrowly missed her eye. Her doctor ordered a week’s rest as a result, but Hitchcock wouldn’t allow it.

Around this time, he also began to make unwanted sexual advances on Hedren, which she rejected. In turn, he ruined her career. He paid her for the remainder of her contract to do absolutely nothing and made sure to turn down any and all roles that came from other studios.