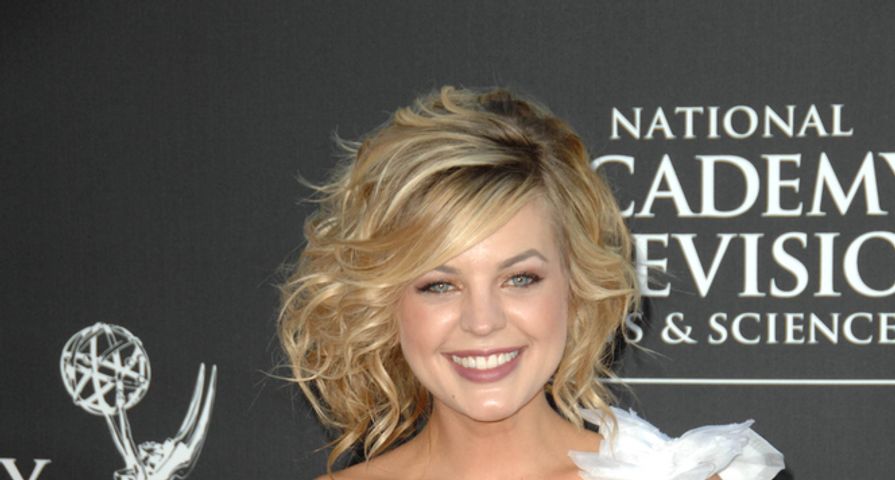 Disney stars have a reputation for going off the rails. Maybe it is because former Disney stars like Lindsay Lohan and Shia LaBeouf have found themselves in serious legal trouble. Whatever the case, we see a definite pattern – many Disney stars find themselves in trouble, both legally and personally. For this post, we decided to look at Disney stars who have had some pretty serious legal problems that aren’t especially well known. Many of these actors and actresses have gotten their acts together; however, some of them are lost causes. Here are 7 Disney stars you didn’t know where arrested!

This former “That’s So Raven” actor has been arrested more than once. His first arrest was back in 2007 for possession of marijuana. Police pulled Orlando Brown over for having his lights off and, when they searched his car, they found nine grams of weed inside. In 2011, he was arrested for DUI. He had his pregnant girlfriend in the car with him. A year later, he was arrested again. This time it was for failing to complete one of the conditions of his probation stemming from his 2011 arrest. A couple months later, he was arrested again for failing to show up for a court appearance for his DUI arrest.

In 2013, Brown’s legal problems were far from over. He was arrested for another DUI and then he found himself in jail serving a 180-day sentence for failing to show proof that he had completed court-ordered alcohol education classes, which were required after his 2011 arrest.

Back in 2013, Omar Gooding was arrested for DUI and possession of marijuana. He reportedly ran a stop sign, which prompted police to pull him over. After approaching his vehicle, it became evident that he was under the influence of alcohol. Police also reportedly found weed in his car. The former “Smart Guy” actor pleaded no contest to the charges and was sentenced to two years probation and was forced to attend an alcohol and drug-counseling course as a result.

Gooding’s arrest did not negatively affect his career. The younger brother of Cuba Gooding Jr. has continued to act quite regularly since he was charged for DUI and possession of marijuana. This year alone, he’s been involved in six different projects. We’re not exactly sure about the quality of these movies; however, we think that it is safe to say that Gooding was never in the same league professionally as his Academy Award-winning brother.

David Henrie – who is best known for his role as Justin Russo on Disney’s “Wizards of Waverly Place” – was arrested along with his brother back in 2010 for a misdemeanor offense for challenging a person to a fight. According to eyewitnesses, it was all a misunderstanding – he was acting out of self-defense.

“There were some people leaving Universal City in their car and they were being obnoxious,” an eyewitness told HollywoodLife.com. “After they left, David’s brother was laughing and being silly about it; it seemed like he was joking about these people. Then all of a sudden, I saw a security guy push [Lorenzo]. David tried to get to his brother, and all of a sudden there were about five security guys on them. David was being held back as his brother was being held on the ground. They were screaming to each other, ‘Are you OK?’ He was obviously trying to help his little brother out. I am not kidding when I tell you the officers punched David a bunch of times and pushed his bro on the ground. From what I saw, they were doing nothing wrong and the security guys overreacted.”

Former Disney actor Ryan Merriman was charged with DUI after police caught him stopping past the solid line on a red light. Police pulled him over and then charged him two counts of DUI for driving under the influence and for driving with a blood alcohol level of 0.08% or more after he failed a field sobriety test. He pleaded no contest to the charges and was sentenced to nine months in a first-offender alcohol program, as well as three years’ unsupervised, informal probation. In addition, he was ordered to pay a $390 fine plus fees.

The 31-year-old actor hasn’t been in trouble since, so maybe the punishment was enough to deter him from committing the crime again. Either that or he has gotten better at hiding his boozing. Let’s hope that’s not the case. He’s a married man now, so he better be walking the straight and narrow for his wife’s sake.

Mitchel Musso was charged with two counts of drunk driving back in 2011 after he failed to slow down for police directing traffic for an unrelated accident. Police alleged that the former “Hannah Montana” star had a blood alcohol level higher than 0.08. Since he was under the age of 21, having any alcohol in his body was considered illegal.

Musso faced a maximum of six months in jail and a $10,000 fine if convicted; however, he was able to strike a deal with police. He pleaded no contest to one count of having a blood alcohol level over 0.08 and was sentenced to 36 months of informal probation and was ordered to pay a fine and complete an alcohol education class. “I appreciate the court allowing me to resolve my case in the manner it did today,” he told E! News. “In becoming an adult, I have learned first hand that stepping up and taking responsibility is the best way to move forward. I am especially thankful to my family and fans for their unwavering support and encouragement. I am glad to now put this in the past.”

In 2007, Lalaine was arrested and charged with possession of methamphetamine. While a situation like that would scare most people straight, the former “Lizzie Maguire” star isn’t most people. She failed to show up for her court appearance, which lead the judge to issue a $50,000 bench warrant for her arrest. It was later recalled when she appeared in court. She pleaded guilty to the crystal meth charge and enrolled in a drug treatment program. Once she completed it, her record was expunged.

Since her legal troubles, the former Disney actress hasn’t had much of an acting career. Her biggest role to date was on “Lizzie Maguire.” She also had a much smaller role on “Easy A;” however, other than that, she hasn’t done much. On the plus side, since completing the drug treatment program, she hasn’t had any other legal problems, which we think is a really good sign.

Kirsten Storm, the former star of “Zenon: Girl of the 21st Century” found herself in some legal trouble when she tossed a lit cigarette out of her car window while she was driving back in 2007. Police pulled her over and noticed that she smelled like alcohol. After failing field sobriety tests, she was arrested for DUI. According to the police report, she had a blood alcohol level of 0.13. She pleaded no contest to the charges and was ordered to attend twelve Alcoholics Anonymous meetings, complete a 90-day alcohol program and pay $1,643 in fines. In addition, her license was suspended for six months and she was placed on thee year’s probation.

It looks like the whole DUI experience scared Kirsten Storm straight. She has not had any legal troubles since. She’s now settled down. She got married back in 2013 and welcomed a daughter into the world a year later.