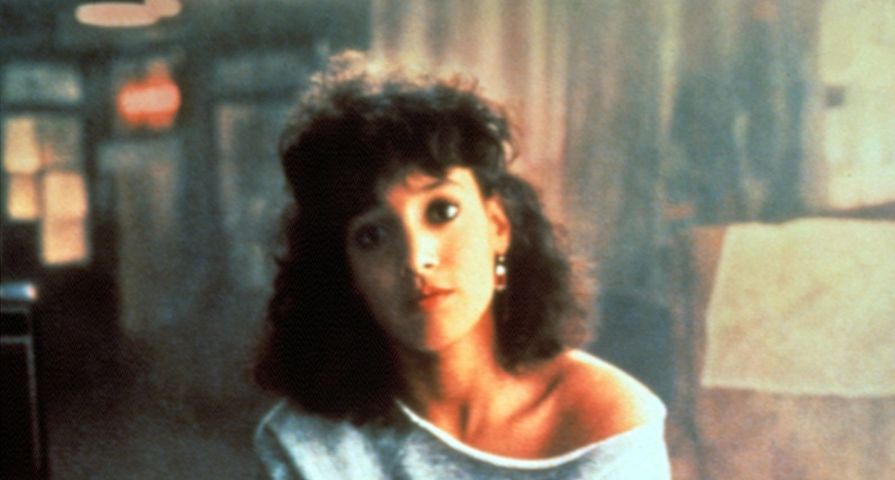 Dance movies. Love them or hate them, they are a major part of pop culture and they probably aren’t going away any time soon. There have been some hits and there have definitely been some misses, but even some of the most farfetched dance movies are still highly entertaining. Here’s a list of 7 dance movies (some classics and some that are so bad, they’re good) that all have one thing in common: Ridiculous storylines.

7. From Justin To Kelly

After competing against each other in the first ever American Idol, way back in 2002, winner Kelly Clarkson and runner-up Justin Guarini went on to co-star in this musical, romantic comedy. Set in Fort Lauderdale, Florida, From Justin To Kelly tells the story of Kelly Taylor, a singing waitress from Texas, and Justin Bell, a college student from Pennsylvania who is visiting Florida over Spring Break. Not only did this movie win a Golden Raspberry Award for Worst “Musical” of Our First 25 Years at the 25th Golden Raspberry Awards in 2005, but the film was considered so bad that the commercial soundtrack was never officially released!

In Make It Happen, Lauryn Kirk dreams of becoming a professional dancer. Unfortunately, there are no dance schools in her hometown of Glenwood, Indiana, so she travels to Chicago to audition for the prestigious Chicago School of Music and Dance. After an unsuccessful audition where she is told she lacks femininity, Lauryn is asked to return in a few weeks to try again. She regroups at a local diner and, to make matters worse, her car is towed! Not to worry. She moves in with the friendly waitress she just met, who introduces her to the world of burlesque dancing. Lauryn begins working at the night club, helping out with the books, but she soon finds herself on stage. With the help of her new friends and her musically talented love interest, Lauryn begins to discover a whole new side to the world of dance.

And speaking of exotic dancing, who can forget Elizabeth Berkley’s foray into feature films, Showgirls. A streetwise dancer named Nomi heads to Vegas, determined to make it as an exotic dancer? Jessie Spano would NOT be impressed.

Kevin Bacon “kicks off his Sunday shoes” as city boy, Ren, in the original 1984 film. Ren loves to dance, so when he moves to the conservative Midwestern town of Beaumont, he is shocked to learn that the community has outlawed dancing. At first, Ren is targeted by the locals, both by his peers and by authority figures. He quickly befriends Willard, as well as the minister’s daughter, Ariel, and together they challenge the local laws and fight the system so that everyone in Beaumont is free to dance again. While the storyline is definitely farfetched, it didn’t stop this movie from becoming an instant classic that was remained so popular, in fact, that there was a remake of the movie in 2011.

You Got Served may well be considered the “tipping point” of dance movies. It began the trend of films like Step Up, Stomp the Yard, and arguably even Pitch Perfect. In You Got Served, friends David and Elgin go head to head with a crew of hardcore street dancers in order to win the citywide dance contest and raise money to open their own recording studio.

Welder by day. Exotic dancer by night. That’s basically the premise of the wildly popular 80s dance movie Flashdance. Alex Owens is determined to make it into the Pittsburgh Conservatory of Dance. While the film itself is considered a classic dance movie, the plot is unconventional, to say the least.

1. Girls Just Want To Have Fun

In this ’80s classic starring Helen Hunt and Sarah Jessica Parker, Janey is a talented gymnast with a passion for dance who moves to Chicago when her father is transferred there by the military. Janey has always obeyed the rules and respected her strict father, but when her new friend, Lynne, convinces her to audition to be a series regular on their favorite show “Dance T.V.,” Janey goes behind her father’s back for the first time and joins Lynne at the tryouts. Janey butts heads with her assigned dance partner Jeff, is bullied by spoiled, mean girl Natalie, and faces many obstacles and challenges from her overprotective father, but, *spoiler alert*, everything works out in the end.