Home » Entertainment » Celebrities » 7 Celebs Who Slammed Their Own Kids

7 Celebs Who Slammed Their Own Kids 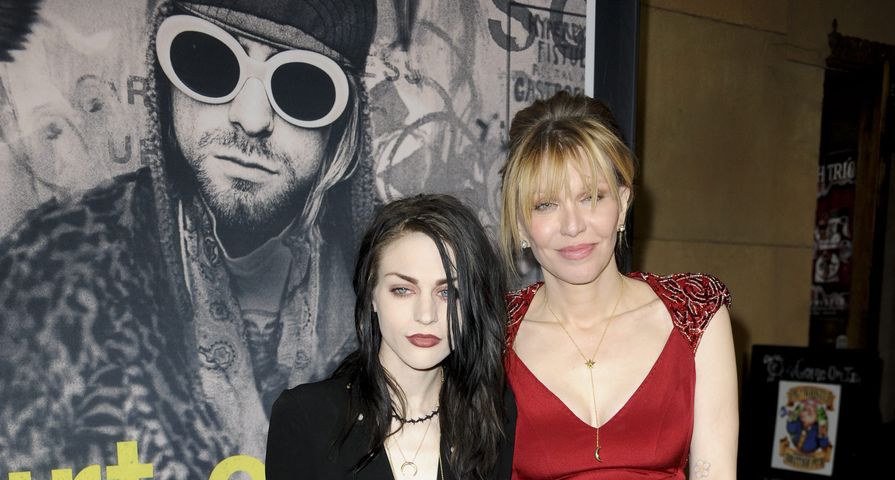 It can’t be easy being a kid of a celebrity. Although you get to live a wealthy life of fancy parties and red carpets, paparazzi follow you around everywhere and your parents might be a little unstable. You’ll end up as a celebrity without having any choice in the matter. What’s even worse is when celebrity parents slam their own kids in the media. Here are seven celebs who shared some very inappropriate opinions about their kids:

One of the most infamous celebrity parents is 30 Rock star Alec Baldwin, who left his daughter Ireland a nasty voicemail when she was just 11 years old. Alec was furious when Ireland, who was living in Los Angeles with her mother Kim Basinger, did not pick up the phone when he was scheduled to call. “You are a rude, thoughtless little pig. You don’t have the brains or the decency as a human being. I don’t give a damn that you’re 12-years-old, or 11-years-old, or that you’re a child, or that your mother is a thoughtless pain in the a– who doesn’t care about what you do as far as I’m concerned,” he ranted. “Once again I have made an a– of myself trying to get to a phone. You have humiliated me for the last time with this phone.” He also threatened to fly across the country “for the day, just to straighten [her] out on this issue.” His shocking language toward someone so young made headlines immediately. Luckily, Ireland and Alec have patched things up and can even laugh about the incident now. This year, Ireland posted to Instagram a photo of her and her dad looking at a children’s book called “If I Were a Pig.” The now 19-year-old wrote as a caption, “If I Were A Pig… I would be Rude and Thoughtless of course!”

Kris Jenner is never afraid of sharing her opinions with her kids on E!’s Keeping Up With the Kardashians, but should she really be body shaming her pregnant daughter? When Kim Kardashian was pregnant earlier this year, Kris criticized her for eating sweets. “You’re like a closet eater,” Kris told Kim on their show when she was pregnant with her latest child, Saint. Kim wasn’t even talking to her mom; she confessed to sister Kourtney that she was eating pastries and Kris overheard the conversation and jumped in. “Do you remember what happened the last time, you got all stressed out and you were eating sugary stuff?” Kris asked, being condescending rather than concerned. Kim tried to defend herself, but Kris was adamant: “You’re eating beignets,” she said. “Three times a day.” Of course every mother is worried about their daughter, but Kris seems to be a little more judgmental than worried.

In 1999, Jennifer Aniston’s mother, Nancy Dow, wrote a tell-all book about her daughter called From Mother and Daughter to Friends: A Memoir. Afterward, Jen was so upset that she didn’t invite Nancy to her wedding when she married Brad Pitt. In an interview with The Hollywood Reporter this year, Jennifer opened up about her difficult relationship with her mother during childhood. “She was critical,” Jen explained. “She was very critical of me. She was gorgeous, stunning. I wasn’t. I honestly still don’t think of myself in that sort of light, which is fine.” She continued: “She had a temper. I can’t tolerate that. If I get upset, I will discuss [things]. I will never scream and get hysterical like that. [But] I was never taught that I could scream. One time, I raised my voice to my mother, and I screamed at her, and she looked at me and burst out laughing. She was laughing at me [for] screaming back. And it was like a punch in my stomach. She was also very unforgiving. She would hold grudges that I just found so petty.” But after everything, Jen says that she and her mom eventually were “fine.”

In 2013, 50 Cent also known as Curtis Jackson made headlines when an angry text-message exchange with his then-15 year-old son, Marquise Jackson, went public. After Marquise didn’t answer the door when 50 Cent went to visit him, 50 Cent texted him some shocking things, calling him a “disrespectful little mother f—-er,” and a “little a– hole.” He also wrote, “Tell your mother she won. She has you and I’ll make another. I will have nothing to do with you. Don’t text me ever again.” He even wrote, “I don’t have a son anymore.” 50 Cent also responded negatively to Marquise on Instagram when he thought a dis was directed at him. Despite 50 Cent’s shocking parental behavior, Marquise says he’s not carrying a grudge. “Our relationship is still strained, but as far as on my end, it’s all love,” Marquise said in an interview earlier this year. “I don’t have any problems. Well, maybe one day we’ll figure it out and everything could be well. But as of right now, the relationship is still strained.”

Oh, the Lohans — it’s hard to imagine a more dysfunctional family. Lindsay has gone through her share of troubles on her own, but it certainly can’t help that her father Michael has done all kinds of interviews in which he criticizes his daughter and speaks about private matters. In 2009, he said in an interview that Lindsay was abusing prescription medication and that he wanted to take matters in his own hands. “I’m going to see the judge this week…If I can’t get a conservatorship, then I’m going to take her to an undisclosed location and get her straight,” he told x17. “But I know I’m gonna get charged [with] kidnapping.” In response, Lindsay’s mother Dina slammed him in People magazine, saying, “Michael Lohan needs to focus on being a parent, paying child support, of which he is six months behind, and making up for all the years he was an absentee dad. And stop going on national television talking about his children publicly.” The Lohans shared more of their family drama last year on OWN’s reality series Lindsay. “You weren’t good for me for a long time in my life!” Lindsay told her dad on the show.

Back in 1992, romcom queen Meg Ryan got very upset when her mother Susan Jordan’s husband Pat wrote a tell-all article about Meg’s then-husband Dennis Quaid and his supposed drug addiction. As a result, Meg stopped speaking to Susan. “Meg accepts that she’s not going to have a relationship with her mother, and that’s that,” screenwriter Nora Ephron said at the time. Susan stood by her husband’s claims, telling The New York Post, “I began reading all these falsehoods and lies about me in the press after she met Dennis Quaid. These were lies constructed by my daughter in order to enhance her image – and certainly to protect Dennis Quaid.” Years later, Susan kept the rift going when she publicly criticized Meg for having an affair with Russell Crowe in 2000. Meg said years later, “Russell was incredibly gracious to me during a really hard time and in the aftermath,” adding, “He didn’t talk and I’ll always be grateful to him for that. But I did not leave my marriage for him. I left because it was not working.”

In 2012, Courtney Love took to twitter to accuse Foo Fighters frontman Dave Grohl of hitting on her daughter, Frances Bean. “I hear from frannies roommate that @davegrohl hit on frances, and that she was curious, I’m not mad at her, him I am about to shoot, dead,” Courtney wrote. Dave responded through a publicist, “Unfortunately Courtney is on another hateful Twitter rant. These new accusations are upsetting, offensive and absolutely untrue.” Frances fired back in a statement to E! News, “While I’m generally silent on the affairs of my biological mother, her recent tirade has taken a gross turn. I have never been approached by Dave Grohl in more than a platonic way. I’m in a monogamous relationship and very happy. Twitter should ban my mother.” Courtney then apologized to Frances on Twitter: “Bean, sorry I believed the gossip,” Love tweeted early Saturday. “Mommy loves you.” But all was not forgiven; the relationship between Courtney and Frances is so strained that Courtney wasn’t even invited to Frances’ wedding.