7 Celebrity Couples Who Will Get Engaged In 2015 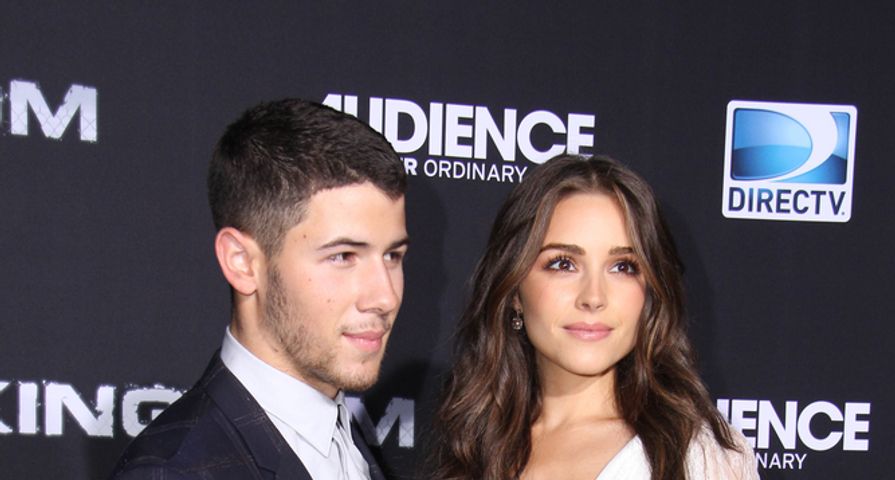 We saw a lot of engagements and marriages in 2014 and it is all beginning again this New Year. We’ve been looking over Hollywood’s hottest and most passionate unmarried couples and we think we have a pretty good idea of who we expect to announce their engagements in 2015. We won’t be right about all of them – we already know that – but there are a few couples in there that will probably end up proving us right. Since it is a new year, we have a new list of couples who we expect to announce their engagements. Vote to let us know if you agree or disagree!

For a good year now, rumors have been circulating that Lady Gaga and Taylor Kinney are engaged. She was spotted with what looked like an engagement ring and, last October, the Daily Mail reported that the couple had held a commitment ceremony in an effort to take their relationship to the next level. Sources say that they wanted a ceremony to show their friends and family that they are committed and they reportedly didn’t have time for a wedding.

Lady Gaga is definitely not conventional, but she does love attention. Since the commitment ceremony didn’t quite get her the level of recognition that she wants, we think that she will try something else that is a little more newsworthy. By the end of this year, we expect the singer and her beau to be engaged. She knows that it will keep her in the news for at least a week.

Emma Stone and Andrew Garfield are a notoriously private couple. They have rarely talked to the press about their relationship, claiming that they want to keep things private. This just fuels our interest in them! All we know for sure is that things are serious between them. Even if they won’t talk about their relationship, we frequently see them together, all loved up.

These two have been dating for a few years now and, for the past year, they have been hounded by engagement rumors. Garfield was reportedly looking for an engagement ring for Stone last April, telling a source that he’s always known that she’s the one. The “Easy A” star is pretty fabulous, so he would have to be a fool to not lock it down with her. Since these two are getting to the “punt or play” moment in their relationship, we think that this year they will announce their engagement to the world.

When Miley Cyrus gets involved with someone, it gets serious really quickly. She and Liam Hemsworth were pretty on and off and they still got engaged after two years of dating. She was only 19 at the time. Since their big breakup, the controversial singer has been single – until now. She is currently all loved up with Arnold Schwarzenegger’s son, Patrick. These two have been inseparable for a few months now and we don’t see things cooling down.

When it comes to this list, Miley and Patrick are a wild card. We’re not totally sure if an engagement is in their future but it was too likely a possibility for us to leave them off. Even though Miley and Patrick are still only in their early 20s, we expect things between them to keep getting more and more serious this year. He’s had a crush on her for years and she likes anything that gives her an ego a boost. We think these two could probably end up engaged this year. Whether they actually make it down the aisle is another story entirely.

Lea Michele spent a good year publicly grieving over Cory Monteith’s death. For a while it seemed as though she would never move on, but she ended up proving us wrong when she hooked up with Matthew Paetz, an aspiring actor and model. Things have become pretty serious between these two. She has already gone public with the relationship by bringing him to the amfAR Gala.

These two lovebirds were recently spotted vacationing together in Mexico. They seemed to be having a really good time. We think that Michele and Paetz are really serious about each other and will continue attending red carpet events and vacationing together. Even though they have been dating less than a year, we think they’re both interested in seeing how far this can go. We expect him to pop the question this year. It will be good for both their careers.

Britney Spears is happiest when she’s in love. Since breaking up with David Lucado – who turned out to be a total scumbag – she wasted no time finding love again; however, this time, she’s found someone who seems pretty perfect. His name is Charlie Ebersol and he is a writer, producer and entrepreneur. These two have only been dating a few months, but something tells us that it is pretty serious.

The pop star has been flooding her social media accounts with happy pictures of her and her new boyfriend. Judging from the pictures, she has already introduced him to her two children with Kevin Federline, Sean Preston and Jayden James. While her relationship with Lucado may have left us scratching our heads, what she has with Ebersol doesn’t. He seems like a genuinely nice guy and we expect these two to take their fledgling relationship to the next level by the end of this year.

Just a few days ago, it was announced that Nikki Reed’s divorce is final. Her short marriage to American Idol star Paul McDonald is finally over, so she and Ian Somerhalder can finally take their relationship to the next level – marriage! These two have already been acting like they’re married for months now. They moved in together not long after they started dating and they have adopted several pets together.

According to E! Online, Somerhalder is currently looking for an engagement ring for Reed. He had a jewelry store in New York City, Neil Lane, shut down for him right before Christmas. This can mean only one thing – he wants to propose to her soon. He was in the store for nearly an hour and no one else was seen going in or coming out. We wouldn’t be surprised if these two are engaged before the summer. They are so obviously headed in that direction!

Nick Jonas is now all grown up! He ditched his purity ring and is currently dating former Miss Universe, Olivia Culpo. These two are pretty serious. He has reportedly told his close friends that he wants to spend the rest of his life with her and that he was planning on popping the question before the New Year. Even though he hasn’t proposed yet, we still think he will do it before the end of 2015.

Apparently Culpo is a sight for sore eyes. Jonas, who doesn’t identify the jealous type, was pretty uncomfortable one night when some guy was checking out his girl, so he wrote “Jealous” about the experience. “We went out one night and this guy was looking at her for a little too long,” he said. “It was uncomfortable. I’m not a jealous person and this was an experience that I was one or two drinks in. I really got into it and then I decided to let me just process this a different way and go into the studio and write this song.”