7 Celebrities You Forgot Had Talk Shows 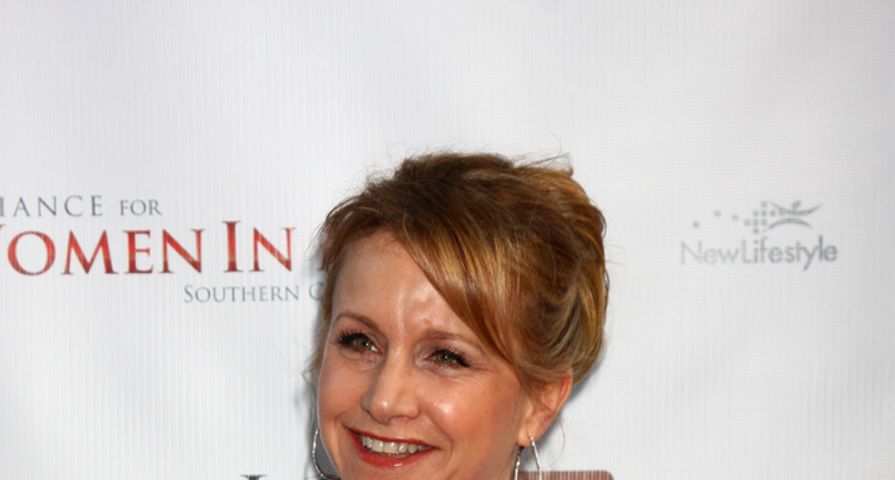 When you’re a celebrity, you get a lot of things handed to you – movie roles, television gigs, endorsements and, on the odd occasion, a talk show. Many of us may not realize this, but there are a lot of celebrities out there who have had their own talk shows that we’ve all forgotten about. We probably don’t remember them because they failed miserably. Most of us have heard that Jon Stewart of “The Daily Show” will be retiring from the show at the end of 2015. This got us thinking about celebrities who have had talk shows that didn’t have the option of retiring gracefully – here are 7 celebrities who you probably forgot had their own talk shows!

Lily Allen had her own music and chat program on BBC Three called “Lily Allen and Friends.” The audience of the talk show consisted entirely of her online friends who all signed up on the program’s website. Although the show was renewed for a second season, Allen put if off to focus on her music career. A year later, it was officially canceled.

It looks as though the show was aiming to tap into Allen’s popularity on social networking sites like Facebook and MySpace, which helped launch her career; however, it doesn’t sound like it was able to successfully do that. During the taping of the first episode, half of the audience walked out before the end of the show. Newspapers claimed that this was because they were either bored, didn’t find it amusing or found the atmosphere to be uncomfortable. According to Allen, the reason that many left was because the recording went on longer than expected.

In 2010, Fran Drescher was given her own daytime talk show, “The Fran Drescher Show.” The show was given a three-week trial and premiered in six cities on six Fox owned stations, which included New York’s WNYW, Los Angeles’ KTTV, Philadelphia’s WTXF, Phoenix ‘s KSAZ, Minneapolis’ KMSP and Orlando’s WOFL. While it debuted to strong ratings, the ratings declined through its run, which resulted in the show being shelved indefinitely. Only four episodes in total were aired.

Broadcast & Cable reported on the shows declining ratings. “Meanwhile the three-week test run of Debmar-Mercury and Fox’s Fran Drescher ended last week, averaging a 0.6 rating/2 share in the metered markets, down 25% from both year ago time periods and lead-in. In New York, the show averaged a 0.5 rating/2 share, down 29% from last year’s year ago time period average. Fran Drescher is not expected to be picked up to go to series,” they reported.

Martin Short had his own syndicated talk show called “The Martin Short Show,” which lasted for only one season, running from 1999 until 2000. He even created a character for the show named Jiminy Glick, his mean, dim-witted, obese and at times belligerent alter ego, who would interview guests. Glick ended up being more of a success than Short. When “The Martin Short Show” was canceled, his alter ego was given his own series, “Primetime Glick,” which ran for three seasons.

Short wasn’t that disappointed that his show was canceled – he was more excited to play Glick. “I was tired of my own face, tired of appearing as me,” he said. “What intrigued me was the idea that at no time would I look like Marty Short.” According to Eugene Levy, a friend of Short’s, Glick is the comedian’s best character. ““Jiminy Glick is his greatest creation,” he said. “A lot of what Jiminy does is improvise, and he’s the comic-character extension of Marty at his fastest and funniest.”

Chevy Chase briefly had his own talk show. “The Chevy Chase Show” had high commercial expectations. Advertisers had been told that it would bring in about five to six million viewers a night; however, it only ended up averaging less than three million viewers. The critics weren’t kind. Time magazine panned it: “Nervous and totally at sea, Chase tried everything, succeeded at nothing.”

Unsurprisingly, Fox canceled the show after only four weeks. Lucie Salhany, the then-chairwoman of Fox Broadcasting, was just as harsh as the television critics in her critique of Chase. “He was very nervous. It was uncomfortable and embarrassing to watch it,” she said. Chase called the talk show format “very constraining” and later said “The Chevy Chase Show” was supposed to be a very different show; however, because he had signed a contract with Fox, he had to do the show the way that the network wanted.

Back in 2002, Zach Galifianakis had his own late night talk show on VH1 called “Late World with Zach.” It wasn’t well received though and was canceled after only nine weeks due to poor ratings. He didn’t seem particularly unhappy when it ended, probably because the constraints put on him by the network. According to him, he absolutely hated sucking up to celebrities that he didn’t like or respect and it was part of his job.

“It was not the place to be doing comedy,” Galifianakis told The New York Times. “VH1 put up a list, in the office, of artists – Cher, Nickelback, whoever was big at the time – that I wasn’t allowed to make fun of. In a way, it was like the cable TV equivalent of a comedy club, and I knew – I just knew – that it wasn’t going to last. Also, I was eating a lot of pot cookies at the time. That might have had something to do with it.”

Alan Thicke had his own popular talk show in Canada in the early ‘80s called “The Alan Thick Show.” Because of its success, he was given an American syndicated late night talk show called “Thicke of the Night.” The show was intended to rival “The Tonight Show with Johnny Carson;” however, it failed to do so.

“Thick of the Night” was canceled after only one season. By mid-season, it was already having major problems. Several stations had dropped it, so it was reassembled to look more like his Canadian talk show; however, none of the changes were able to boost the show’s ratings. Thicke seemed particularly disappointed about the show’s cancelation. “Thicke of the Night was supposed to challenge Johnny Carson. They said it couldn’t be done and I was the guy they chose to prove it. The show was ahead of its time…it should’ve been on in 2084, when all of us are dead,” he said.

After leaving “Beverly Hills, 90210,” Gabrielle Carteris was given her own daytime talk show, “Gabrielle.” It looks like she was after the same kind of success that Ricki Lake was having with her hugely popular self-titled daytime talk show. Carteris was also after the same audience – women in their teens and 20s. She was expecting them to tune into her show because they would recognize her from “Beverly Hills, 90210.” “I think there’s a natural following. I come from ‘90210,’ and there’s an awareness of who I am,” she said.

She ended up being completely wrong about that. “Gabrielle” was canceled after only one season because of low ratings. According to The New York Times, Carteris’ show wasn’t as salacious as her competitors. “The uninhibited guests and sexual topics that have angered some politicians, media critics and advertisers in the last year were less evident on “Gabrielle” than on many of the other shows,” Lawrie Mifflin wrote.