7 Celebrities Who Were Dumped By Their Publicists 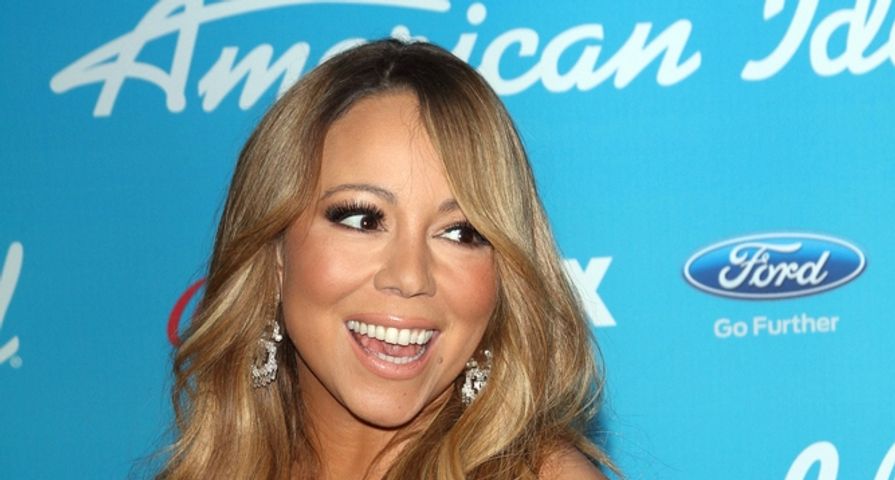 In Hollywood, celebrities are usually the ones who decide when to end a professional relationship – especially when they are paying people to do a job for them. This isn’t always the case though, as we’ve learned. Sometimes celebrities get dumped by their own people, be it their managers, publicists or lawyers. Right now, we’re focusing on celebrity publicists and the instances where they have decided to cut a celebrity client loose. Publicists are usually hired to make celebrities look good; however, when they have a difficult client, this can become impossible. See for yourself! Here are 7 celebrities who were dumped by their publicists!

Back in 2010, Katherine Heigl’s publicist fired her. While many of us can easily assume why this happened, the aspiring movie actress has always been cagey when discussing the topic. “That, I have to say, hurt my feelings,” she told The Telegraph. “I’m a talker. I love a good debate. But people started thinking of me as a diva. It was a ball that just started rolling. I’m realizing now that I can’t just blurt things out.”

Heigl’s loose tongue is probably what caused her publicist to quit. She has never had a problem speaking her mind, even if it alienated someone she was working for or with. She famously called the movie that made her a bankable star, “Knocked Up,” sexist. In 2008, she withdrew her nomination for the Emmy Awards, claiming that the material she worked with on “Grey’s Anatomy” wasn’t award-worthy. The American press turned against her; however, Heigl didn’t stop her diva behavior. Her publicist certainly had her work cut out for her – no wonder she quit!

During Charlie Sheen’s highly publicized meltdown back in 2011, he found himself dumped by his publicist, Stan Rosenfield. “I have worked with Charlie Sheen for a long time and I care about him very much,” Rosenfield said in a statement. “However, at this time, I’m unable to work effectively as his publicist and have respectfully resigned.” Naturally, Sheen didn’t take it so well. He went to TMZ with his own statement: “He’s not allowed to quit, so you’re fired.”

In 2013, the former “Two and a Half Men” star found himself in a similar situation. His longtime manager Mark Burg, his publicist Larry Solters and his entertainment lawyer Jake Bloom all resigned. Sheen was reportedly too much of a loose cannon and refused to listen to their advice and counsel. He kept taking public swipes at his ex wives, Denise Richards and Brooke Mueller, and the judge overseeing his custody battle for his two youngest kids. As always, he claimed that he was the one who dumped his representation; however, we know better.

Back in 2012, Amanda Bynes found herself without an agent, a publicist and a lawyer. They all jumped ship because of her mounting legal troubles and the fact that she was impossible to reach. A source close to the retired actress told TMZ that they hadn’t been able to get in touch with her for a month before they finally quit. She wasn’t returning their phone calls and she wasn’t coming into their offices for a visit either. Her management team reportedly said that they couldn’t help her cause she didn’t want to be helped.

The former Nickelodeon star wasn’t too worried about her management team quitting. She was trying to make the transition from acting into fashion. Her problems continued to get worse, though, so her parents got a conservatorship which allowed them to keep her life slightly intact. In the end she ended up firing them too. Now we only hear about Bynes when she’s breaking the law.

Back when Britney Spears was a hot mess, her management team fired her. This happened in 2007. A company known as The Firm was managing her. They never went into any details about what happened, but they made it clear to the general public that they were no longer working with her. “We have terminated our professional relationship with Britney Spears. We believe she is enormously talented, but current circumstances have prevented us from properly doing our job,” they said in a statement.

In 2008, her lawyers fired her because of a lack of communication. “There has been a breakdown in communications between [Britney] and Trope and Trope making further representation of her interests is impossible,” attorney Tara Scott from Trope and Trope wrote. Sources also told TMZ that the firm withdrew because Spears wasn’t listening to their advice and she wouldn’t change her behavior, both of which were sinking her case.

Mo’Nique’s publicist quit on her when she promised to attend the New York Film Festival and then canceled last minute. One of the main reasons that she decided not to attend was that she wasn’t being paid enough. According to Roger Friedman of The Hollywood Reporter, Mo’nique “has a reputation for demanding money and not showing up” to promote the film, which is never good.

Her publicist, Tresa Sanders, reportedly could no longer take Mo’Nique’s demands. She quit right after she announced that her client wouldn’t be attending the film festival. It wasn’t the first festival that she ditched either. She also didn’t show up to Cannes or TIFF, even though the critics were buzzing that she was likely going to get an Oscar nomination for her part in “Precious.” Her actions have definitely lead to some pretty bad consequences. She now has trouble finding work in Hollywood because she’s considered difficult and entitled.

Jessica Simpson’s publicist, Brad Cafarelli, dumped her back in 2005. He was reportedly tired of dealing with her overly involved father, Joe, and pretending that her marriage to Nick Lachey wasn’t in trouble. It was only a couple of days after Cafarelli quit that she and her husband of only three years told the world that all was not well in paradise and that they were going to go their separate ways.

This wasn’t the first time that the “With You” singer had problems with her publicist. A year later, she fired Rob Shuter after he okayed an article for People and UsWeekly that suggested she and John Mayer were dating and that she was in love with him. Simpson then began managing her public relations duties. “It’s been very emotional. But I am my own publicist right now. I’ve called all the heads of the tabloids. I don’t want anyone else to speak for me now,” she told Jane magazine.

Mariah Carey is in the middle of a “he said, she said” battle with her former publicist, Cindi Berger. The “We Belong Together” singer claims that she was the one who ended her professional relationship with her publicist. “I’ve done a lot of soul-searching this past year…and I found myself asking if I was truly employing a healthy perspective (not to sound too Oprah about it all :). So I think it’s time for us to take a break Cindi (as I want to) bring a fresh approach to this new phase in my career,” she reportedly wrote in a letter to Berger. This reported letter was actually leaked to TMZ By Carey’s camp after news broke that she and her publicist had parted ways.

While the “Heartbreaker” singer’s people maintain that she did the dumping, sources close to her former publicist, however, claim that the letter was never sent and that Berger was the one who ended the professional relationship.