7 Celebrities Who Should Never Act Again 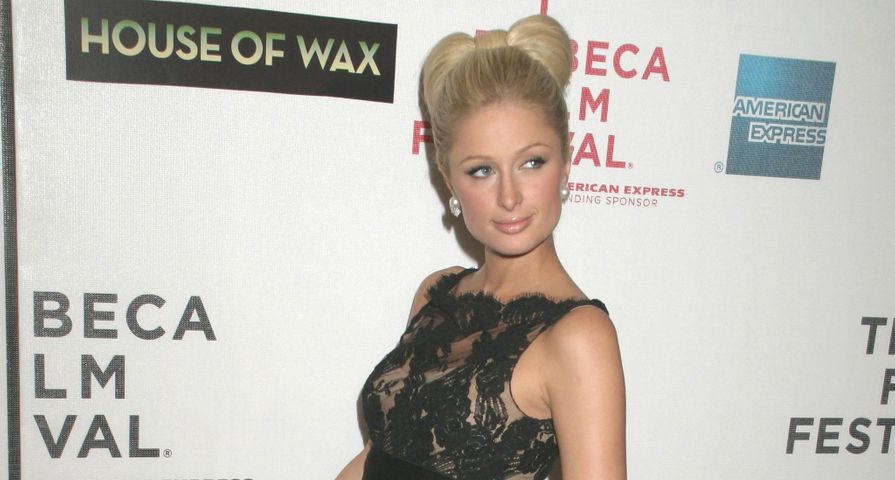 When you’re a celebrity, there is no avoiding the lure to “do a movie.” Whether a singer getting the bug making music videos, or athletes believing they have exceptional acting talent because they’re comfortable around cameras, many celebs get the bug and want to give it a go. Sadly, too many of these individuals actually do give it a go to less that admirable results. It is certainly not to say that these individuals are devoid of talent, but it is to say they should consider a few acting classes before getting back in front of the camera. Consider a few celebrities who should probably never act again.

This is a tough one. Mariah may be more of an honorable mention on this list, because of the stellar work she did in Precious. It was impressive. She was well-directed, and perhaps she learned a lot from early mistakes. Mistakes like Glitter. If you haven’t seen Glitter, it’s a must. Not because it’s so good, but because it’s like watching a train wreck where nobody dies. The bigger travesty of Glitter may have been that it was directed by Vondie Curtis-Hall. An actor and director–most recently appearing in the first season of Netfllix’s Daredevil as journalist, Ben Urich–who should have said “no” to this project. They took a shot, and missed. The script was devoid of substance, and that thing flopped harder than an international soccer star in World Cup play.

Charles Barkley unscripted is magical. In an age of political correctness, his giving of no flips is truly refreshing. Agree or disagree with the guy, it matters not–he’s supremely entertaining. However, give the guy a script, and ask him to have it memorized… the charm and spontaneity is lost. The magic flies right out the window. Whether its an appearance on a TV series–Hangin’ With Mr. Cooper, Arli$$–,commercial or feature film, what makes Charles “Charles” is lost when there are papers involved. Even when he’s allowed to improv, it falls very flat. Chuck should stick to the NBA on TNT, and offer stellar commentary, insight and occasional “What in the world is he talking about?” No more “playing” Charles Barkley for camera.

Robyn Fenty, best known as Rihanna, has no trouble making hit music, or turning heads at every public appearance. Her acting leaves much to be desired. Unfortunately, at some point, someone thought it was a good idea to insert Rihanna into the realm of make-believe in an acting role. Whether this was Rihanna, or her agent looking to milk the cash cow, she landed a role in Peter Berg’s Battleship, as Petty Officer Cora Raikes. To offer fairness to all die-hard Rihanna fans, no, this film didn’t resonate. It wasn’t the best of Berg’s offerings. The idea–taken loosely from the Battleship board game–was more style than substance, and the addition of wooden performances like Rihanna’s didn’t aid in the adventure. She offered good face as herself in This Is The End, but who wouldn’t want to slap the s*** out of Michael Cera?

Michael Jordan is the greatest basketball player to have ever played the game. He changed the way the game is approached, and set the new standard of basketball excellence during his illustrious career. Sadly, even when playing himself in film and TV, he shouldn’t. For little guys and gals, Space Jam is a watchable feast of goofiness, and delightful animation. For adults, its more of an excuse to get drunk and watch cartoons. It may be possible that Michael’s stint in the realm of baseball was better than the acting he’s done, even including all of his commercial work. Yes, with age, there has been a slight and marked improvement, especially in the Hanes commercials where he reacts to funny things happening. He’s got a great face for reaction. Just don’t give him lines to say.

For awhile, Paris Hilton was a paradigm of something… what that was, history has yet to decide. One thing Paris was really good at? Being really bad in movies. Paris could act scared. Paris could act surprised. Paris could deliver lines like Paris Hilton. What Paris couldn’t do–no matter how hard she might have tried–get you to believe she was anyone other than Paris Hilton, which is pretty much a requirement to be an actress. From horror flicks like House of Wax to independent rom-coms like The Hottie and The Nottie, Paris was simply better suited to make appearances at social events, or be herself on any variety of reality shows.

Tim McGraw is a platinum-selling, multi-Grammy winning country artist who has appeared in several films, and has even held his own with the likes of Oscar winner, Sandra Bullock. Alas, Tim McGraw the actor, is nothing more than Tim McGraw the character in every movie. Angry Tim McGraw appeared in Friday Night Lights. Inspiring and upbeat Tim McGraw in The Blindside. No way around it, Tim McGraw is Tim McGraw. Sure, he’s one who has attempted to suffer for his craft, even hopping on a bull at a rodeo in the 2004 indie, Black Cloud. In a way, his appearances in films are like that really good paint-by-numbers still life your uncle did during high school that still hangs on your grandma’s living room wall.

Hail to the queen. What Paris Hilton is to playing Paris Hilton (even if her character were to be named Daisy Smith), Kim Kardashian has multiplied exponentially. It’s quite surprising that Kim has made as many appearances in acting roles as she has. The creme de la creme of Kim Kardashian acting roles comes from her turn in Tyler Perry’s Temptation: Confessions of a Marriage Counselor. The film offers every bit of satisfaction that one would suspect gathered from the title, and Kim Kardashian plays an employee at the office of the main character, so she scores a fair share of the scenes. Actress Jurnee Smollett-Bell–who should have turned this film down–is forced to carry Kim through the scenes, which amount to a teacher listening to a student scrape their fingernails across a chalkboard.