7 Celebrities Who Left Hollywood To Raise A Family 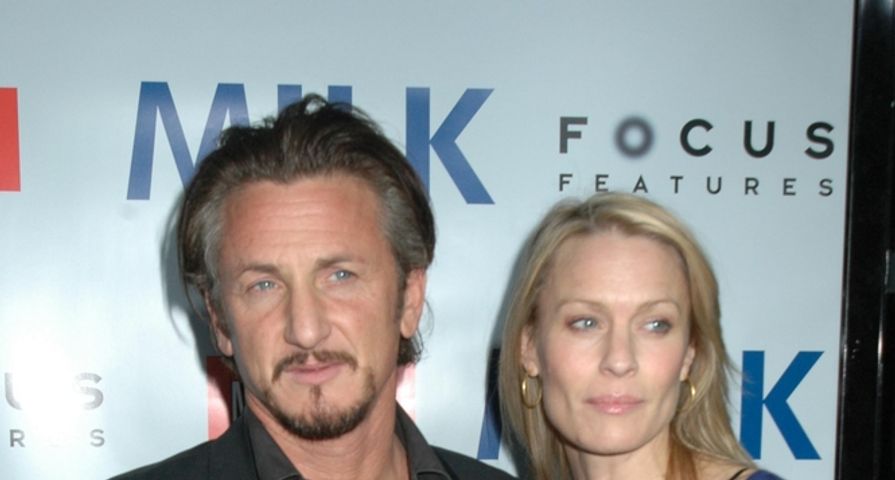 Hollywood has a reputation for corrupting people – just look at stars like Lindsay Lohan. She was young, naïve and full of promise when she moved to Tinsletown; however, it didn’t take her long to become completely corrupted. Some celebrities are totally aware that this can happen to young individuals growing up in the spotlight, which is why they abandon Hollywood and move somewhere more low key to raise their families. Others just don’t like living in a fishbowl, so they too leave. More celebrities should take their families out of Hollywood and give them a chance to have normal lives; however, for now, we only have these 7 celebrities who were brave enough to leave the spotlight for their families.

Shania Twain left the spotlight at the height of her fame to move to Switzerland to start a family with her husband at the time Robert “Mutt” Lange. The couple was looking to live a much quieter life. In 2001, she gave birth to Eja, their only child. Unfortunately, she didn’t know a soul in Switzerland. Eventually she made one friend, Marie-Anne Marie-Anne; however, it didn’t last. After several years of living in Switzerland, her only friend ran off with her husband.

The country singing sensation still lives in Switzerland in the town of Corseaux with her son Eja and her second husband Frédéric Thiébaud, who just happens to be the ex husband of her former friend, Marie-Anne. She also continues to tour and even had a two-year residency in Las Vegas. She really likes Switzerland though, much more than any other place. According to her, it isn’t that different from her home country of Canada.

In the mid ‘90s, Demi Moore and Bruce Willis left Hollywood to raise their three daughters, Rumer, Scout and Tallulah in a tiny little town in Idaho called Hailey. Before she left the big city for small town life, Moore had a reputation for being a demanding diva. She would reportedly require two private jets for her entourage – not just one. Moore left that life though to focus on raising her three daughters. “One of my goals is to build a loving relationship so that my children, as adults, will want to share their lives with me,” she told InStyle back in 2001. “The foundation I lay – if it’s not there now, it won’t be later.”

Unlike some famous children, the Willis girls did seem to get a rather normal upbringing in Hailey, Idaho. Moore reportedly still spends time there and lists the residence she shared with Willis as her primary residence.

Vera Farmiga lives on a farm in upstate New York with her husband Renn Mowley and their two children, Fynn and Gytta, as well as a lot of animals including two goats. It isn’t far from where she grew up. She spends a lot of time tending her garden and her goats. “And living where I do has always been a great vantage point for me. It allows me to live in a simple way where I don’t need to feel the pressure of taking this role or that role just in order to maintain the lease on my very expensive hot-rod car. There’s none of that,” she told The Telegraph.

Living on the farm with her family makes it super easy for her to dispose of bad scripts. “They do get thrown in and used for fertilizer,” she told The Guardian. “It’s recycling. Bonfires need to be fed and scripts, after all, are wood. Especially the wooden ones.”

Debra Winger was one of the most acclaimed actresses during the ‘80s; however, during the ‘90s, she abandoned Hollywood and the movie star life. According to her son Noah, it was for her family. “It became important to her to have a home base, settle down and put me in school. That’s when we moved to New York City,” he told The New York Times.

After leaving Hollywood, the Oscar-winning actress kept busy. She nursed her mother through the last few months of her life; she remarried her second husband and had her second son, Gideon; she became involved in environmental activism and did some charity work; she got involved in theatre; she read; she gardened; she began writing; and she raised her children. “She’s a very good, very thoughtful mother,” Noah said. “And I think it was hard for her to bring the commitment to her work that it requires when we were young.”

Julia Roberts and her husband Daniel Moder along with their three children live on a farm in Sante Fe, New Mexico. She wants her kids away from the spotlight. “They don’t know what I do for a living,” she said. “That hasn’t really entered their life yet. They are just little kids and I’m just their mom, so there’s no coping with anything. They’ll find out one day, but by the time they’re teenagers they’ll have stuff in their lives that’s far more interesting than what their parents’ jobs are.”

According to the Oscar-winning actress, stability is really important for children and she and her husband have it. “I think having a happy family life is the most important thing for anyone, and so far we’re rock steady,” Julia says. “But I’m lucky – I’ve been married for 11 years and it feels like 11 minutes. I know I’m blessed with a superb partner.”

According to UsWeekly, Justin Timberlake and Jessica Biel are going to be raising their son Silas out of the spotlight. The couple has an estate in the exclusive Yellowstone Club in Big Sky, Montana and that is where the are planning on raising him. Silas won’t be spending all of his time in Montana though. He will also be spending at least part of his first months at the family’s home in the Hollywood Hills. The source that spilled the beans to UsWeekly also said that Timberlake and Biel are looking to make the move to the Rockies as soon as possible. Biel has always had a love of the mountains, which makes sense – she grew up in Boulder, Colorado.

Let’s hope the kid ends up as sporty as his two parents. Throughout their relationship, Timberlake and Biel have been quite outdoorsy. They have often been spotted hiking and snowboarding. Living in the mountains will allow them to do these activities more frequently.

Robin Wright and Sean Penn raised their two children, daughter Dylan and son Hopper, in Northern California. They decided on this after the “House of Cards” star was robbed at gunpoint in their driveway with their two young kids in the backseat. According to Wright, there were other factors that went into their decision to leave Los Angeles. “I didn’t want to raise my kids in this weird, sycophantic society,” Wright told Entertainment Weekly. “If you have celebrity parents, it’s not a good recipe for the kids, or anyone at any age. Look at what Brad and Angelina go through.”

Their kids may have been raised outside Hollywood, but now they are pretty immersed in it. According to Vogue magazine, Dylan and Hopper are part of the “New Brat Pack,” a group of young up and coming celebrities. Other members include Justin Bieber, Kendall Jenner, Ansel Elgort and Gigi Hadid.