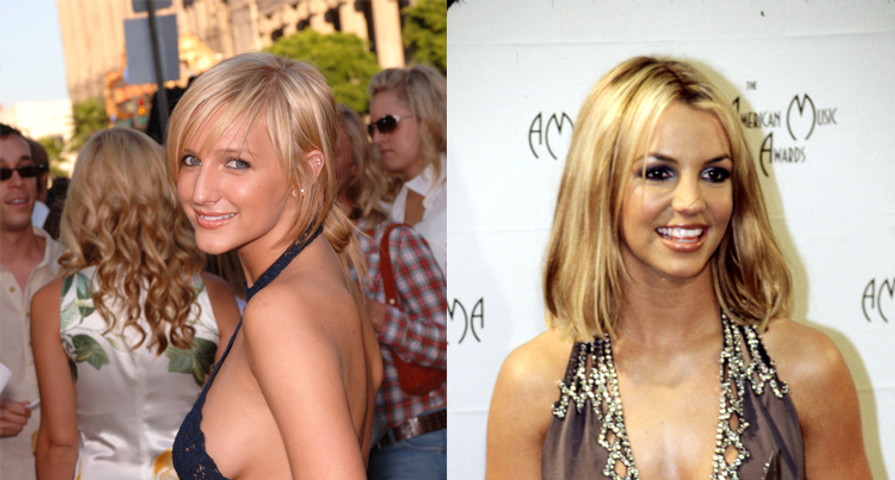 In Hollywood, celebrities tend to have a certain look. Enough of them look like others who are also in the industry, which can definitely be confusing for the general public. Some of them, when they are out and about, actually get mistaken for other celebrities. While we can understand why people might be confused about a few of them, there are many that we don’t think look alike at all. We have rounded up several celebrities who claim that they get mistaken for other celebrities – let us know if you think any of these men and women actually look alike.

Cate Blanchett is a total star in her own right; however, she still gets mistaken for other celebrities. According to her, people often mistake her for Academy Award-winning actress Kate Winslet. “Well, Kate Winslet and I share the same agent,” the “Blue Jasmine” star said. “Often people will say ‘I recognize you, you were great in Titanic!’” She adds: “Look if I’m mistaken for Kate Winslet I’m happy.”

Winslet isn’t the only person that people have confused Blanchett with. At a social gathering several years ago, Prince Philip reportedly mistook her for a technician. He is rumored to have asked her how to fix his DVD player. As the story goes, she told him that she didn’t know how to fix it and that she was an actress. A Buckingham spokesperson responded to inquiries about the situation with, “We do not comment on private conversations. The Duke of Edinburgh meets so many people on engagements. These are often film stars.”

Lucy Hale may be a big television star, but she still gets mistaken for other celebrities. The “Pretty Little Liars” star revealed on Twitter that a fan mistook her for Justin Bieber’s on-again, off-again love, Selena Gomez. “Someone was seriously convinced I was Selena Gomez today and tried to take my phone because they wanted to call justin bieber. Ohh life,” she tweeted.

We can definitely see the resemblance between the two young stars. It certainly doesn’t help that they dress similarly on the red carpet. They were both spotted out at different events wearing the same red little Dior dress. While these two definitely have some things in common, the one thing that they don’t share is their taste in men. We think that Hale definitely has better taste. She doesn’t seem to be attracted to the Bieber type while Gomez can’t quite seem to quit the controversial pop star.

When he was doing press for his film “Robocop,” a KTLA entertainment reporter confused Samuel L. Jackson for Laurence Fishburne. The movie actor gave him quite the scolding. “You’re as crazy as the people on Twitter,” Jackson said in response. “I’m not Laurence Fishburne. We don’t all look alike. We may be all black and famous but we don’t all look alike.”

It turns out that Fishburne has had the same problem. “I was doing an interview in New York almost 20 years ago,” he said on “George Stroumboulopoulos Tonight.” “A woman from Texas came up and interrupted the interview: ‘I don’t mean to bother you, but can I have your autograph Mr. Jackson?’ And so I wrote blah, blah, blah, Sam Jackson. So Sam and I have this running gag about it….Once upon a time people used to confuse Al Pacino and Dustin Hoffman. It’s not a bad problem to have.”

On “The Graham Norton Show,” Keira Knightley admitted that she often gets mistaken for other celebrities. According to her, people confuse her for Britney Spears! “I get quite excited because I quite like the idea that I could do like that [mimes dancing], which I can’t do. So I’ve been Britney Spears like three times,” she said. We personally can’t see any resemblance between the pop star and Knightley.

The Oscar-nominated actress also gets mistaken for Natalie Portman, her co-star from the “Star Wars” movies, and Kate Winslet as well. “Natalie Portman I get a lot, and I get chased through airports. I feel quite sorry for her because she must get chased a lot because it’s happened like five times where someone’s been like, ‘Natalie! Natalie! Natalie!’ And I’ll sign and take a picture as Natalie,” she said. Knightley does look like Portman, but she looks nothing like Winslet.

Daniel Radcliffe and Elijah Wood often get mistaken for each other. Radcliffe seems to be getting sick of it. “I have signed a picture of Elijah Wood – and I think we’ve both said in interviews that we would like to play each other in films of our lives – but I was on a red carpet in Japan, and this Japanese man gave me a picture of Elijah, and I knew I wasn’t going to get past the language barrier to explain, so I wrote ‘I am not Elijah Wood, signed Daniel Radcliffe’” the “Harry Potter” star said.

We can see a slight resemblance. They are both small, kind of elfish-looking, they both have piercing blue eyes and they both have starred in some pretty big franchises – Radcliffe in the “Harry Potter” films and Wood in the “Lord of the Rings” trilogy.

Elizabeth Banks has said that she often gets mistaken for Chelsea Handler. During one instance, instead of letting the guy know that she wasn’t the famous TV host, she just played along. “I was sitting in Toronto and a guy walked up to me and said, ‘Oh my god, my girlfriend loves you. She would die if I didn’t get your autograph. This is so exciting!’” the “Our Idiot Brother” star recalled. “He’s like, ‘I just love your books. I mean, My Horizontal Life….’ I was like, ‘Oh, he thinks he’s meeting Chelsea Handler.’ I couldn’t ruin it for him!”

Handler has also been mistaken for Banks. During the White House Correspondence Dinner back in 2011, Bill O’Reilly mistook the former host of “Chelsea Lately” with “The Hunger Games” actress. “People always say, ‘They look alike, but Chelsea’s obviously much older.’ Meanwhile, we’re the same age,” Handler said. “It’s like, what is wrong with everybody? Why can’t I just get a break?”

When she was starring in her own reality TV show “The Ashlee Simpson Show,” Ashlee would get mistaken for Britney Spears when she was driving around Los Angeles. Maybe it was the blonde hair, the Mercedes Benz and the film crew that threw them off. They really didn’t look that much alike back in the mid 2000s. Her sister Jessica, however, is a different story. She did look a bit like Spears for the first few years of her career.

We’re not sure what Ashlee has against Spears, but she has proven time and time again that she is not a fan. When she was confused for the pop star earlier on in her career, she would always swear and, in 2008, she totally dissed Spears. A British reporter asked her what she thought “You’ve had one too many Britney Spears” meant and she responded, “I was like, ‘Oh, you’ve had one too many trashy girls!’”