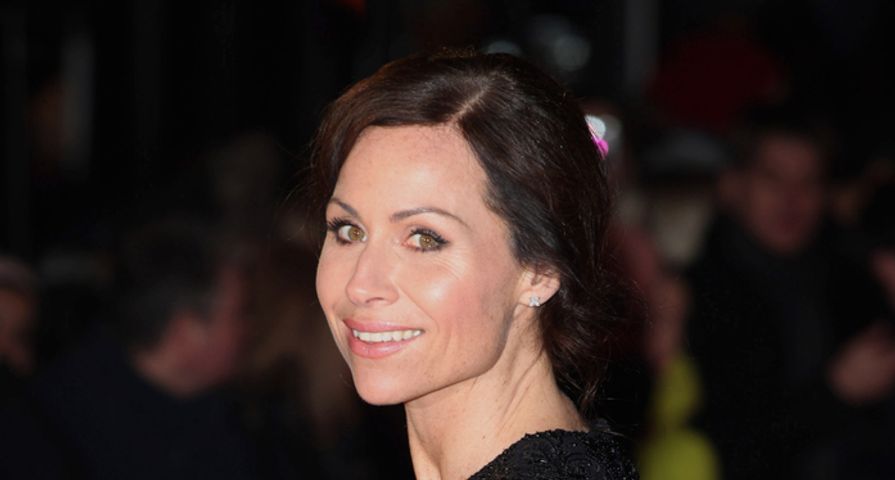 There are some celebrities in Hollywood who are adamantly against the paparazzi taking unauthorized photos of their children. According to many of them, it actually harms their kids more than anything, which we totally believe. It is kind of strange to see so many people against having the paparazzi photographing their children when there are so many other people in Hollywood who call the paps on their way out the door. We’re not sure what is going to happen long term with this but, for now, some really big sites like Entertainment Tonight, People, Just Jared and E! have agreed not to publish unauthorized pics of celebrity offspring. Here are 7 celebrities who spoke out against the pedorazzi!

Dax Shepard and Kristen Bell are vehemently opposed to the paparazzi taking photographs of their children. They used Twitter to mobilize their followers to boycott publications that use paparazzi photos of celebrity kids and Bell used it to announce that she wouldn’t work with any of these publications. “I won’t do interviews 4 entities that pay photogs to take pictures of my baby anymore. I care more about my integrity & my values than my career,” she had tweeted.

Shepard continued the couple’s battle against the paps by outlining his and his wife’s strategy in an editorial for The Huffington Post. “So as long as people pay good money to buy magazines featuring famous people’s children, there will be men popping out of bushes and lurking around playgrounds to get those pics. Those are just the facts. The consumer is the only one who can put an end to this. They are the only ones with real power,” he wrote.

Eric Dane joined the fight to protect children from the paparazzi. He has two young daughters with Rebecca Gayheart, Billie Beatrice and Georgia Geraldine, and he doesn’t think that they should be subjected to photographers jumping out of bushes to get photos of them.

“I think kids are off limits. I mean, we signed up for this – this is part of our job, more or less, and we chose this life and everything that comes along with it – and our children didn’t…My oldest doesn’t like it that much; she only wants mommy and daddy to take pics of her, so we just tell her to smile and try and be as gracious as she can, but it’s gotta be tough for them because not only are people jumping out of bushes to get pictures, and not only is it jarring, but I don’t want them growing up thinking everybody is going to be taking pictures of them. That’s not the norm,” he told Entertainment Tonight.

Halle Berry tried to move to France to get away from the paparazzi; however, when the judge said no to that, she decided to testify before a Senate committee about the need to better protect children of public figures from the paparazzi. According to the Oscar-winning actress, her daughter Nahla doesn’t feel safe because of the harassment from the paps.

“I have to yell: ‘She’s a child. Leave my child alone. Leave my child alone.’ We get into the car, and my daughter is now sobbing, and she says to me, ‘Mommy are they going to kills us? Are they trying to kill us?’” Berry testified. Because of the harassment, Nahla didn’t want to go to school anymore. “‘They don’t do this to other little kids, why can’t you do something mommy,’ and I have to look at my 5-year-old and say because I have no rights to do anything,” she added.

Jennifer Garner supports the “No Kids” paparazzi crusade that Kristen Bell and Dax Shepard started. She has been quite outspoken when it comes to photographers stalking young celebrity children. She even testified on behalf of Senate Bill 606, a bill that increases the possible punishment for harassing celebrity kids.

“Literally every day there are as many as 15 cars of photographers waiting outside our home,” she said. “In the course of our ordinary day – trips to school, pediatrician, ballet or the grocery store – paparazzi swarm. Large aggressive men swarm us, causing a mob scene, yelling, jockeying for a position, crowding around the kids. My 17-month-old baby is terrified and cries. My 4-year-old says, ‘Why do these men never smile? Why do they never go away? Why are they always with us?” Garner said in court. “What happens to the mind of a child when the only thing they see from the outside world is aggression, hostility and pursuit?”

Alyssa Milano spoke out on Twitter in support Kristen Bell and Dax Shepard’s efforts to get news outlets to stop publishing pictures of celebrity children; however, something tells us that she isn’t totally committed to the idea of shielding her kids from the world. When she tweeted support of the couple’s initiative, she gave her followers a picture of her son from her personal collection: “Please don’t click on links that are publishing paparazzi pics of Milo. Here’s a personal pic instead,” she wrote on Twitter, with a link to a picture of her son.

The former “Buffy the Vampire Slayer” star is a big supporter of Kristen Bell’s campaign to boycott publications that use paparazzi photos of celebrity kids. Like many celebrities before her, Sarah Michelle Gellar’s family has been pretty traumatized by all of the attention that the photogs have thrown at her daughter, so she is looking to help make a difference.

“I like to think of myself as her vice president in command,” she told Yahoo. “I have actually been working hand in hand with Kristen. If everybody gets together, we can make a difference. My poor daughter won’t take a family picture because she’s afraid of cameras because every time she goes to ballet or she goes to school, someone sticks a camera in her face. It is horrifying. I pray for the day that my daughter goes to school and doesn’t hide and ask if there are men following her.”

Minnie Driver really doesn’t like that the paparazzi target the children of celebrities. She has been talking about this issue long before Kristen Bell and Dax Shepard decided to start fighting against news outlets that bought photos of celebrity children from the paps. Back in 2009, the “Motherhood” star was saying that the United States needed legislation in place to protect children from photographers.

“There should be legislation about children. In England, we have laws where [the paparazzi] can’t take pictures of children, because of things that can be done on the Internet – and that should be addressed in this country…That is legislation that should categorically be passed, ” she said. “Those poor children have done nothing to deserve it to be born to famous parents. I don’t think a public has a right to [intrude on] a childhood. What I chose to do is my business. My son didn’t choose it.”