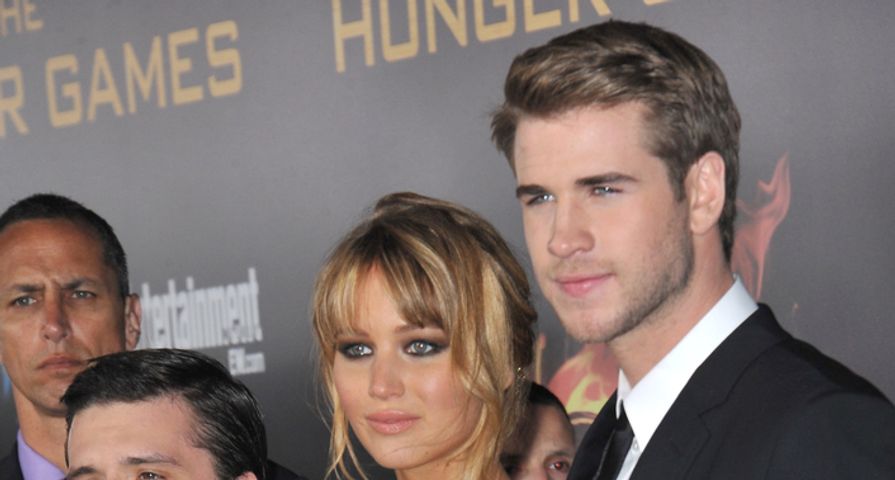 When it comes to on-screen kissing, it can either be great, passible or completely awful. We’re more interested in what celebrities are calling the worst of the worst and many of them have spoken up and provided evidence. Some of the hottest stars in Hollywood have actually been called the worst kissers by their co-stars – what a shock! This could either come down to a lack of chemistry or a total lack of kissing abilities. We’d personally like to believe the latter, but you can be the judge. Here are 7 stars and who they consider to be the worst kissers ever!

Alyson Hannigan did not enjoy kissing Jason Segel. These two played husband and wife on “How I Met Your Mother” and, according to Hannigan, Segel’s smoking habit made it impossible for her to kiss him. “I cannot stand cigarette smoke. It’s like kissing an ashtray and he’s trying to be polite by having gum or mints, but it doesn’t help,” she said.

Apparently offering him money wasn’t enough of an incentive to get him to quit. “When we started the pilot [for the show] he was like, ‘Get me to stop smoking, I’ll be your best friend.’ So we did this bet where he would owe me $10 every time he had a cigarette. After the first day, he owed me $200. So he said, ‘I’m just quitting,’ and he quit cold turkey for about a year. It was fantastic but then…he got stressed out and he started smoking again,” she said.

Helen Mirren thinks Harrison Ford is a really nice guy; however, when it comes to his kissing, she doesn’t have a lot of positive things to say. “He’s probably not very good off screen either. It’s not just me – other actresses agree. Whenever we get chatting off screen and we get around to talking, we come to the same conclusion,” she said. Mirren also speaks in Ford’s defense, telling her interviewer that he finds it impossible to kiss on-screen, which makes it sound like he’s probably got a real hang up.

Ford’s kissing wasn’t the only thing that got bad reviews. The film that they starred in together as husband and wife, “The Mosquito Coast,” was a critical and commercial disappointment. The critics weren’t kind. Some called it “boring,” “utterly flat” or just gave it a “thumbs down.” Maybe the critics had noticed the lack of on-screen chemistry between Mirren and Ford!

Dane Cook recently revealed that Kate Hudson was his worst on-screen kiss. “I did a movie with her, ‘My Best Friend’s Girl,’ and I think she purposely ate like a feast of onions before our scene,” he said during an appearance on “Watch What Happens Live.” “I had to burn her on that one!” We really don’t know what to say to that one. All we know is that there are many men out there who would do anything for a kiss from her.

In addition to dishing about his kiss with Hudson, he also confessed to bedding a few hundred groupies earlier in his career when he was touring various campuses across the country as a comedian and claimed that the dumbest thing that he ever heard Jessica Simpson say when they were filming “Employee of the Month” was, “Are we making a movie?” We almost want to defend Simpson’s honor, but we’re pretty sure she probably did say that.

When James Franco and Sienna Miller played a young couple on their honeymoon in the movie “Camille” several years back, there were rumors swirling that these two were involved romantically off-screen as well. At the time, Franco laughed at these rumors. According to him, he and Miller didn’t really have a lot of passion on-screen. She had a toothache, which made filming a more of a nightmare than a fairytale romance.

“I think we kissed once in that film and it wasn’t at all intense – there was no rolling around or anything. Sienna’s molar was giving her pain so she called the dentist,” Franco said. We haven’t seen the film – nor do we really want to – but we’re pretty confident that these two didn’t have a lot of chemistry on-screen (or off-screen for that matter). It sounds like the Oscar-nominated actor was using Miller’s toothache as the reason for the lack of passion.

Helena Bonham Carter considers Woody Allen her worst on-screen kiss. She played his wife in the comedy “Mighty Aphrodite” and it seems as though the experience of having to kiss Allen left an indelible mark on her memory. “He tells you up front certain ways of kissing he does not want. No exchange of liquid is permitted. It can be a bit offensive because he makes no effort at all,” she said. “He does warn you, and says everyone gets the same treatment. His mouth is a no go area. It’s like kissing the Berlin Wall.”

The kissing thing isn’t especially surprising given Allen’s numerous neuroses. The man has so much anxiety, that he seems to have a fear of almost everything. According to our books, he has claustrophobia (the fear of small spaces), cynophobia (fear of animals), acrophobia (fear of heights), carcinophobia (fear of cancer), enochlophobia (fear of crowds) and that’s just the stuff that we can remember!

Virginie Ledoyen, Leonardo DiCaprio’s on-screen love interest in “The Beach,” found the actor to be pretty passionless during their love scenes in the film. “I think Leonardo is a nice guy. But I don’t want him as a lover. There [was] no honest passion. No real sensitivity in our love scenes. In our underwater love scenes all I could think of was not drowning. I can’t even remember his kiss.”

Critics were pretty unimpressed with the film. The critical consensus of the movie on Rotten Tomatoes is that it is “unfocused and muddled, [and] a shallow adaptation of the novel it is based on.” DiCaprio – who had already been nominated for one Academy Award for his work in “What’s Eating Gilbert Grape” – did not get out of this one unscathed. His performance was not well received and, as a result, he was nominated for a Razzie Award. Lucky for him, he didn’t end up winning.

On The Tonight Show Starring Jimmy Fallon, Liam Hemsworth revealed that kissing Jenner Lawrence, his co-star from “The Hunger Games,” was “disgusting.” “Any time I had to kiss Jennifer [Lawrence] was pretty uncomfortable. When you look at it on the outside it looks like a great picture. She’s one of my best friends. I love her. But if we had a kissing scene, she would make a point of eating garlic or tuna fish or something that was disgusting.”

Hemsworth isn’t the only one of Lawrence’s co-stars from “The Hunger Games” franchise to comment on her kissing abilities. When Josh Hutcherson was asked about what it was like to kiss her, he said that it was “very slobbery” because her character had been crying at the time. Having had two people comment on her lack of kissing abilities makes Lawrence the worst kisser on this list! Now if we could only get Chris Martin to verify this…