Home » Entertainment » TV » 7 Biggest Surprises From The “About Bruce” Special

7 Biggest Surprises From The “About Bruce” Special 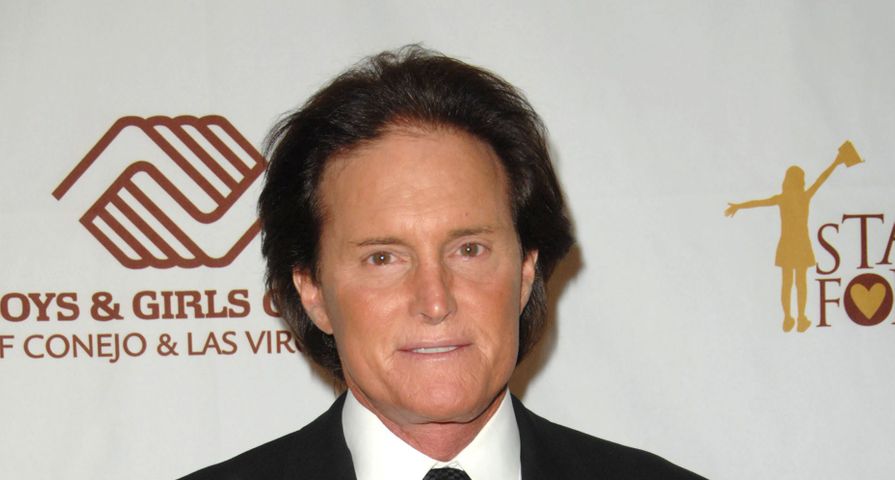 On the E! Special “About Bruce,” we learned a lot more about what Bruce is going through as he transitions from being a man to a woman and we also learned a lot about how this news has affected his super famous family and how they are dealing with it. It doesn’t look like it has been easy for anyone; however, some definitely had more difficulty processing the news. In case you missed the “Keeping Up with the Kardashians” special, we have collected the 7 biggest revelations from the show. Remember that all of the footage from the special was from January 2015 – a lot can change in 5 months!

7. Bruce’s Children Knew He Cross Dressed But Kept His Secret

Kim once found Bruce in the garage dressed like a woman. “I ran to Kourtney’s and I was hysterical crying,” she said. “I kept this secret for maybe 12 years.” Khloe was also aware that her stepdad was a cross dresser. “I found out when he was doing his appearances. He would get dressed and walk around the lobby of his hotel,” she said. “No one knew it was him. I remember I would just be so scared. What if someone catches him?”

Kendall was aware that there was something different about her dad because she used to find makeup amongst his things. “I just remember being little and not really knowing what was going on. We would find things like makeup, and we thought he was having an affair at one point, and we didn’t know what to do,” she said. “We didn’t want our family to be broken up, so we didn’t tell anybody.”

During his interview with Diane Sawyer, Bruce said that Khloe had the most difficulty coming to terms with his decision to transition from male to female and this became quite apparent in “About Bruce.” During the first part of the special, Khloe confronts him about when he plans to transition and then explodes when he confirms that he will be leaving “Bruce” behind in the spring. “You have children, you don’t have to answer to us, but you need to tell us! I don’t care that you want to do it, I support you, I have always supported you, but I don’t think it’s fair that you won’t tell us how close this is in the near future. We’re still your kids!” she cried during the episode.

Making matters worse, Bruce then told Khloe that his biggest concern is for his teenage daughters, Kendall and Kylie. Khloe later claimed that she was upset because she felt that he had been lying to them.

Kris was having a lot of difficulty coming to terms with Bruce’s transition. When discussing it with Kim, she said, “I committed to this life, and I feel like he just checked out.” In a solo interview, she implied that Bruce had betrayed her by keeping his gender identity crisis and his transition a secret from her. “I’m open to people and their differences. That’s what I bring to the table when I’m in a relationship, but the other thing I expect out of a relationship is honesty.”

Later on in the episode, Kim told Kendall and Kylie about how hard Bruce’s transition has been on their mother. “I was thinking [about] Mom,” she said. “This is really hard for her. It’s just so sad. She cries all the time. It makes me really sad, but we should really appreciate all the things she does for us because she does a lot.”

For Scott, Bruce’s confession shed a lot of light on why the two of them were never really able to connect. “I felt like for so many years, you know, me and you had a big disconnect and if I would have had any idea of some of the things that you were struggling with, I wouldn’t have been so insecure about why we couldn’t get along properly, sometimes,” he said. “You could do a lot of good and help a lot of people who want to be able to come out and say this that can’t.”

Kris and Bruce had a tearful discussion about the breakdown of their marriage. They both disagreed about why the marriage broke down – Bruce felt that Kris treated him badly during the last few years of their marriage while Kris believed that his bottled up anger caused him to shut her out. “I always knew you struggled with wanting to dress differently and wanting to dress as a female, and that was something you did whenever you got that urge,” she said. “That’s the only thing I experienced with you, Bruce, and I don’t know when you went from this isn’t working for me anymore and I’m going to go all the way and I’m going to start taking hormones.”

Kris also said that she tried to discuss things with him in the past, but he wouldn’t open up to her. “I’ve always had these issues, honey, and I’ve never dealt with them,” he said. “That’s what I’m trying to do, for the first time in my life, I’m trying to tell the truth…You are the toughest one to talk to out of anybody, okay?” Her reply? “Maybe it’s because I’m the one you lied to the longest.”

As many of us know from Bruce’s interview with Diane Sawyer, Kim was the most accepting of his transition. In the first part of “About Bruce,” we see that Kim is the one that Bruce confides in. He tells her about some of the secrets that he has been keeping for years, like the fact that he is good with pedicures and makeup.

Later on in the episode, Kim proved herself to be the most compassionate and understanding of the bunch when she tried to explain to her mother what Bruce might be going through. “I know this is the dumbest comparison, but it’s like, a slight sliver of how he must feel. When I was pregnant I did not feel like I was in my body. I felt like who is this rolly poly? I couldn’t get out of bed. I couldn’t wipe myself. And that was for less than a year. And he has to deal like this his entire life,” she said.

1. Bruce’s Plans for the Future

During part 1 of “Keeping Up with the Kardashians: About Bruce,” Bruce said that he was planning on fully becoming a woman and that he had made an appointment to have the surgery; however, in part 2, he said that he didn’t have an appointment to remove his “thing down there.” “Remove the little thing down there? You can do an awful lot down there…as of right now, no, as of right now, no [I don’t have an appointment to do that],” he said. “That’s kind of the last thing you can do. You can do an awful lot before that.” Bruce is planning to get multiple facial surgeries, which include getting his forehead done and getting his jaw shaved.

As he moves ahead with his life, Bruce is planning to live more honestly. “There’s no more secrets. I don’t have to hide anything…I want to experience her. I want to enjoy her, because she’s such a part of my life.”