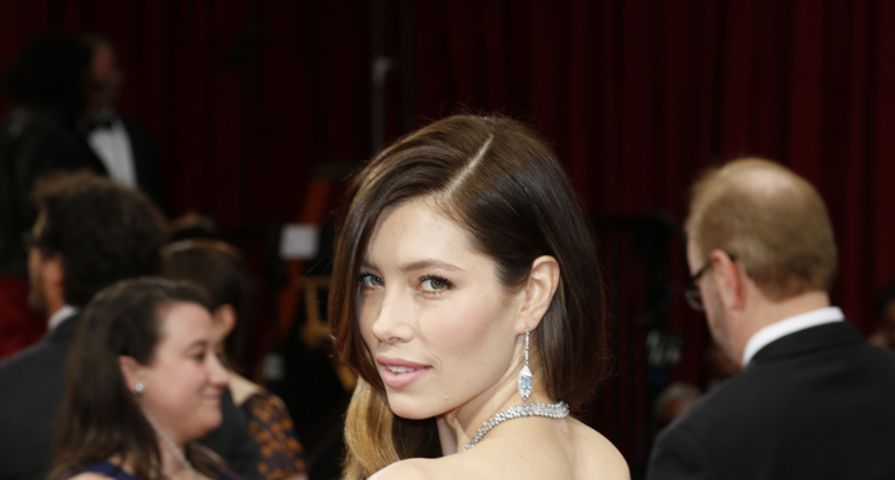 For 2015, we have a number of bumps to watch out for. Some of these celebrities did the right thing and let everyone know that they are expecting while others haven’t been quite as open and honest. We have a few celebrities on our list who are obviously sporting bumps who have yet to admit that they are pregnant. It’s pretty obvious though. Maybe they are looking to accomplish what Ryan Gosling and Eva Mendes did. These two stayed out of the spotlight until the child was born. Something tells us that these celebrities are bit late on that one though. Once the bump is on full display, the secret is out. Here are 7 of the biggest celebrity pregnancies of 2015!

Blake Lively has said in the past that she wants to have lots of babies with Ryan Reynolds. “I gotta get started. If I could spit out a litter of kids, I would,” she told the September 2014 issue of Marie Claire magazine. This past October, she announced on her website, Preserve, that she had gotten her wish – she was pregnant with her first child with Reynolds! She even released a picture of her bump with the announcement.

Since making the news public, Lively has been keeping us entertained with her pregnancy style. Whenever she is on the red carpet, she has looked nothing short of glamorous. Her street style is a different story though. Rocking a pair of knee high boots with no tights, a short skirt and a poncho is a strange combo – even for Lively. We think she looks better when she’s covered up. We don’t need the leg show.

Shakira is pregnant with her second child! This past September, she announced that she and her boyfriend Gerard Pique were expecting another boy. The couple currently has one son together, Milan. In the past, she has said that she is interested in having a large family, but her career has gotten in the way. “If it weren’t because of my music projects, I would be pregnant already. I would love to have eight or nine kids with Gerard – My own futbol team,” she told Latina magazine. It looks like she might get her wish!

According to the “Hips Don’t Lie” singer, Pique is a great father. “He is very involved with his son. He is always there for him, and that’s a big advantage for me as I cannot imagine it any other way,” she told Hello. In an interview with Europa Press, she said that she plans to take a step back from her work once her second child arrives.

Keira Knightley recently announced that she is expecting her first child with her husband, James Righton. People had been speculating for the last month or so that she was with child because she had suddenly started wearing loose gowns and big coats instead of the figure-hugging dresses that we’ve come to expect on her. Her refusal to have alcohol at these events further fueled this speculation.

The critically acclaimed actress has spoken in the past about wanting to have children; however, she has made it clear that she wants to continue to have a career when she is a mom. “Would I want to be a stay-at-home mother? No,” she told Vogue. “On the other hand, you should be allowed to do that, as should men, without being sneered at.” With the way her career is going, we wouldn’t expect her to give it up to stay home with her kids. This year, she has been nominated for a Screen Actors Guild Award, as well as a Golden Globe for Best Supporting Actress for her performance in “The Imitation Game.”

This past September, Carrie Underwood announced that she is expecting her first child with her husband, Mike Fisher. She made the announcement in one of the cutest ways possible. She posted a picture of herself with her two dogs on Instagram with the caption, “In honor of ‘Labor’ Day…Ace & Penny would like to make an announcement. Their parents couldn’t be happier!”

In the past, Underwood had said that she wasn’t interested in having children. “We’re both so busy and it would be weird to have that much – you know, there’s another person depending on you,” she told E! in 2012. Rumor has it that she and Fisher were experiencing some marital difficulties a couple of years ago because he wanted to have children and she was too busy with her career. They are reportedly expecting their little bundle of joy in the spring of 2015, so there is lots of time for her to get used to the idea of being a mom!

Hilary Duff’s older sister Haylie recently announced that she was expecting her first child with her fiancé Matt Rosenberg. The couple had just revealed that there were engaged this past April. Haylie posted a message with a picture of the ring on Instagram. “The future Mrs.Rosenberg #Love @mr_sts,” she wrote. With the child coming, it looks like the wedding is officially on hold!

“It was kind of too much to all do at once,” Haylie told UsWeekly. “I’m shooting my cooking show Real Girl’s Kitchen and he’s working. We’re just trying to focus on one thing first, and then we’ll do it.” Rosenburg added, “It’s pretty cool to think now our daughter is going to be at our wedding.” It looks like these two have a ton of work ahead of them with the baby coming. There is still the nursery and getting all of the baby clothes. Something tells us that Haylie will be a great mom, just like Hilary!

UsWeekly exclusively confirmed this past October that Isla Fisher and Sacha Baron Cohen are expecting their third child together. She has been spotted out and about wearing loose fitted clothes with what looks like a baby bump. Sources have said that she pulled out of the film “Now You See Me 2” to concentrate on her pregnancy. She was reportedly only three months along when the news was made public.

For a while there, it looked like Fisher was going to become one of Hollywood’s leading comedic actresses; however, she’s been putting her career on the backburner for years now to focus on her family. “Family is 100 percent my top priority. So I’m much more comfortable doing supporting roles right now. And often,” she told The Telegraph in 2013. “They’re the most interesting. You get to be a character actress.” Fisher has yet to confirm the news, but something tells us that this is probably true!

Jessica Biel has not yet confirmed that she is expecting her first child with her husband of just over two years, Justin Timberlake; however, with each passing day, it is becoming more and more obvious that the news is true. So far, we have seen her looking pretty bumpy in a swimsuit; an editor for InStyle congratulated the actress on her pregnancy on Twitter; she has been spotted around wearing baggy clothes as if she is trying to shroud her midsection; and UsWeekly had some “sources” confirm the news.

Despite all of this evidence, Biel and Timberlake have both kept mum. She seems to be trying to hide her bump, but it is getting more and more difficult to conceal. Who knows if she or her husband will ever confirm the news with the media. They might be trying to pull a Ryan Gosling/Eva Mendes – they’ll let us know after Biel gives birth.