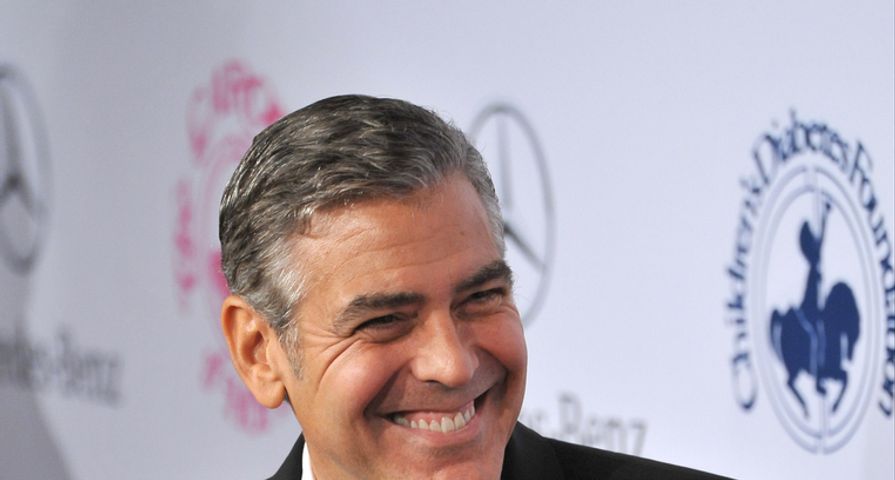 There are some celebrities in Hollywood who just love a good practical joke, but not necessarily when it is done to them. These celebs love pranking other people. Some of them have made a career out of it while others like to do it for fun. For the most part, there is nothing malicious about these pranksters; however, not just anyone can handle being the target of a practical joke. We know that April Fool’s Day is a long way off; however, we thought that it would be fun to take a look at Hollywood’s biggest celebrity pranksters – here are 7!

On set, Brad Pitt loves to prank his co-stars. According to Keith Middlebrook, his co-star from “Moneyball,” the handsome actor pranked Jonah Hill. “This one time, for fun, he painted Jonah Hill’s golf cart bright pink,” Middlebrook told UsWeekly. “He had the faces of Wham!, George Michael and [Andrew Ridgeley], painted on his golf cart.” That wasn’t all. “When you put the gas pedal on, it played the song ‘Wake Me Up Before You Go-Go,’” he added.

That wasn’t the only prank that Pitt pulled on one of his co-stars. He also got George Clooney on the set of “Oceans 11.” “I sent a memo to the entire Italian crew, in Italian, that said, ‘Dear Crew: We wish you a wonderful shoot. George Clooney asks that, this is a very difficult role for him. He needs to concentrate deeply. Mr. Clooney asks that you try not to interrupt him, look him in the eye. If you do need to address Mr. Clooney, please refer to him only as ‘Daniel’ or ‘Mr. Ocean,’” Pitt told “Inside the Actors Studio.”

When it comes to pranking, John Krasinski and Emily Blunt have only one target – Jimmy Kimmel. They have been pranking the television host, who happens to be their neighbor, for a few years now. It all started when they broke into his house while he was at his work a couple Christmases ago and set up a Santa and snowman light display. When Kimmel retaliated, they upped the ante.

This prank war has been ongoing. Krasinski and Blunt planted a zombie grave in his yard the following year. Kimmel tried to end the war with an even bigger prank. Last Christmas, they had his car giftwrapped and filled it with big baubles. We’re not sure how he got home. There were baubles and wrapping paper everywhere. After that, they had his car gift wrapped again, but this time carolers came out, along with a deer and serenaded Kimmel. Having people singing at him is his nightmare, so they definitely added an element of fear to the last prank.

Ashton Kutcher has been a prankster for years. He even had his own show, “Punk’d,” which featured him pranking other celebrities and taping it with a hidden camera. He’s pranked some pretty high profile celebrities including Justin Timberlake, Kim Kardashian and Drake. The best prank that he and his team pulled was on Timberlake – the poor boy was reduced to tears!

The NSYNC member arrived home after playing golf and was told that the IRS was repossessing his home, cars and other possessions, including his dogs because he owed $900,000 in back taxes. Timberlake did not take the news like a man. He got on the phone, called his mom and started sobbing. The tears didn’t stop until Kutcher jumped out and told him that he had been punked. He has since said that he was high hence the crying, but that just sounds to us like he was trying to save some face.

Jimmy Kimmel loves his pranks. If he isn’t pranking his neighbors, John Krasinski and Emily Blunt, he is pranking the general public. One of his best pranks was his 4th annual Halloween candy challenge. He had parents tells their children that they had eaten all of their Halloween candy. It was pretty hilarious. The kids gave the best reactions and the video went viral as a result.

For April Fool’s Day last year, he had people channel Ashton Kutcher’s show “Punk’d” and prank their loved ones, which played out a lot like his Halloween prank. The pranks he pulls on Krasinski and Blunt are also pretty good. From the big neon insurance sign that he installed on the front wall of driveway to the 26-foot tall inflatable reindeer to giftwrapping their house, he has proven that he knows a lot about pranking. Krasinski and Blunt also know what they’re doing, so we’re not sure who will win this prank war.

Ellen Degeneres loves to prank the guests who come on her show and she’s actually quite good at it. She knows how to scare celebrities when they least expect it. “I don’t think it has to be Halloween to scare people; I do it all year long,” she said on her talk show.

When Taylor Swift was on her show, the Emmy-winning talk show host continually scared her. It didn’t matter where she was – Degeneres kept popping up out of nowhere. Once it happened when Swift was going into the washroom. Degeneres was waiting there, crouching. Swifty didn’t see it coming. She actually fell to the floor – she was that scared. The pranks didn’t stop there. Degeneres ran up behind her more than once, which also scared the young pop star. At one point, Swift yelled in response, “What are you doing? Why do you do stuff like that all the time?” She was not amused, but Degeneres sure was!

George Clooney has been pranking other celebrities for years. One of his most recent pranks involved him sending Tina Fey and Amy Poehler a fake note that from came Matt Damon. “I sent her a letter saying, Dear Tina, listen, it’s from Matt, and it just says, ‘Look, it sounds hypocritical because I laughed at the jokes about George and Leo, but you know, that’s sort of what people think about them. But when you called me a garbage man, it just seemed like low hanging fruit, it just seemed like an easy joke. And you know, I don’t want an apology, I don’t want anything else, I just want you to know that my kid now calls me the garbage man,’” Clooney said. Sounds like he was probably upset that Fey and Poehler made fun of him and his fear of women who are close to him in age.

Clooney’s also known for pranking his co-stars on set. He and Brad Pitt have an ongoing prank war. Something tells us that Clooney has more experience pranking other celebrities and will no doubt be the winner.

Sacha Baron Cohen has made a career out of pranking people. His most recent prank involved him accidentally tripping and pushing a wheelchair-bound woman – who happened to be the oldest living actress – off the stage as he accepted the Charlie Chaplin Britannia Award for Excellence in Comedy.

After she fell into the audience, the “Borat” star rushed off the stage to help her; however, it was “too late.” A security guard carried her lifeless body off the stage. With the audience visibly shaken, Cohen gave his speech. “Grace Cullington is the oldest, no, sorry, was the oldest surviving [Chaplin costar]. I dedicate my award to her. This is obviously a tragedy. She has upstaged me. But on the bright side, what a great way to go, giving an award to me.” At any event, people should expect some sort of practical joke from Cohen. The man loves to shock and it almost always works.