Home » Entertainment » Movies » 7 Actresses Who Shaved Their Heads For Roles

7 Actresses Who Shaved Their Heads For Roles 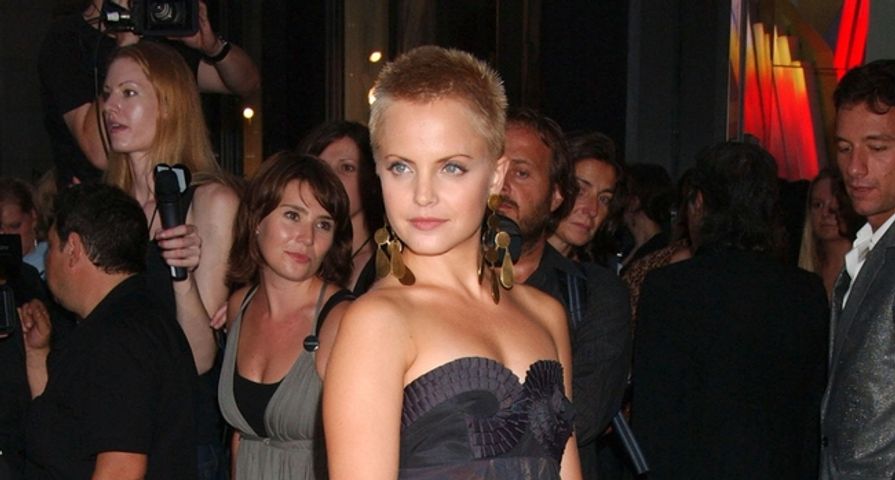 Actresses will completely transform themselves physically for roles if they have to. It is common enough for them to gain and lose weight to portray certain characters. What is less common is for them to shave their heads to get into character. Few actresses really want to go bald for a role. Hair is one of those defining things for women – without it, they don’t feel feminine and they certainly don’t feel beautiful. We have a list of 7 brave actresses who were up to the challenge. These ladies shaved off their gorgeous locks for a role and looked pretty hot while doing it!

Sigourney Weaver was probably the first actress to shave her head. She did this for her role in “Aliens 3.” Even though it was quite the change, she didn’t mind it; however, other people did.

“I liked it in a way that I found it very liberating, and my husband was very supportive. He pretended to like it and then told me, after my hair had grown back, that he had hated it, while my daughter tried not to look at me. But none of us [in the film] had hair anyway so we all knew who was in the cast. So if you saw a bald person at Pinewood you knew it was a friend, so you could say, ‘Hello’. And the only other thing that was a problem was that it took a lot of up-keep. We had to shave it every two days, because even then two days’ growth looked shaggy – but yeah, I found it okay,” she said.

Anne Hathaway shaved her hair completely off for her for her role as Fantine in “Les Miserables.” When it was first cut off, she didn’t take it so well. “I wasn’t expecting [cutting my hair] to be a big deal. It was my idea to do it, since it was something the character did…[But then] I realized I couldn’t take it back,” she said on “Live! With Kelly. “[I was reduced to] a mental patient level of crying…I was inconsolable.” While shaving her head may have initially been quite traumatizing, she got over it and actually began to like it once it grew into a pixie cut. “I’m just so pleased with how I look, so I now quite like having short hair,” she told Vogue.

Hathaway must have really liked it because she kept her hair short for another couple of years. It takes a lot of guts for a celebrity to rock a pixie. Most stars are quick to grow it out.

Demi Moore was one of the first actresses to shave her head for a movie role. She shaved off her gorgeous waist-length locks to play a Navy SEAL recruit in “G.I. Jane.” It was during production of this film that Moore’s reputation for being a diva began to deserve some merit. During filming, she reportedly ordered studio chiefs to charter two planes for her and her entourage. She traveled with quite the crew back then, which included a bodyguard, masseuse, hair stylist, cosmetician, fashion consultant and an assistant, who had also happened to have an assistant.

While Moore hasn’t shaved her head since “G.I. Jane,” she recently proved that she still knows how to handle an electric razor. On Instagram, her daughter, Tallulah Willis, posted a picture of her mother sprucing up her buzz cut. She shaved her head back in November of 2014 as an homage to her Moore’s famous buzz cut.

Charlie Theron thinks that every women should shave her head. She was asked to do it for her role as Furiosa in the movie“Mad Max 4: Fury Road.” “It’s the most freeing thing, I highly recommend it. I think every woman should do it,” she told Ryan Seacrest at the Academy Awards in 2013. “I had two huge garbage bags full of hair products. It’s so freeing.”

While she seemed okay with shaving her head the first time, when she was asked to do it for a second time she was less than thrilled. They had to reshoot some scenes, so they needed her to get the bald look back. Insiders say that she was devastated because her hair had finally reached a workable length. We’re not so sure that shaving her head again would have been that big a deal though. She gained 35 pounds to play Aileen Wuornos in “Monster.” With a shaved head, she could have worn a wig in her spare time!

Cate Blanchett had absolutely no problem going completely bald to play Philippa in the movie “Heaven.” “I shaved my entire head and was completely bald. Bruce Willis was being honored for something that night – it was around the time they made G.I. Jane. I didn’t want people to think I was spoofing on Demi, so right before I ran out my hairstylist gave me a wig. I look like Elizabeth Taylor in her later years,” she said.

This wasn’t the first time that the Oscar-winning actress shaved her head. When she was growing up, she would buzz her hair off. “With a number two,” she said. “When I was at school, I used to shave my hair really close. It was like a Victorian schoolboy haircut. It was just so easy. And for some reason, I’ve let it grow again, but I think I’ll just cut it all off again.”

Natalie Portman shaved her hair off to play the freedom fighter Evey Hammond in “V for Vendetta.” According to her, it was done on-screen in one single take, which was quite stressful. “It’s hard to get more shorn than that. For the rest of the movie, if we make a mistake, we can always do it over, but not this scene. We only had one shot to do it, because you can’t go back and re-shave the head. So they had several cameras on it, they had practiced with several razors, and the crew even volunteered to get their heads shaved, and made sure everything was working. I just tried to focus and do my best in my one chance. For me personally, it was a choice I was happy to make,” she said.

The Oscar-winning actress has no regrets about shaving her head, which is good because very few actresses can actually pull off a shaved head. Portman looked absolutely stunning!

The “American Beauty” star went bald for the film adaptation of Earnest Hemingway’s novel “Garden of Eden.” Not just anyone can pull off a shaved head; however, she is one of the few people who can. She has nice, delicate features, so she looked quite feminine and pretty.

While some women would die before they would consider shaving their head, Suvari wasn’t concerned. She wanted to be taken seriously as an actress. “Basically there were two female roles and you were either the pretty girl or you were the character role that wasn’t so pretty, but the character role had the personality,” she said. “I always identified with the character role. It was something that I felt was more realistic, but I would be turned down for that because of looks and I never understood that and I don’t feel that that’s realistic. So I guess I’ll keep pushing the envelope more.”