6 Young And The Restless Spoilers For The Week (July 4) 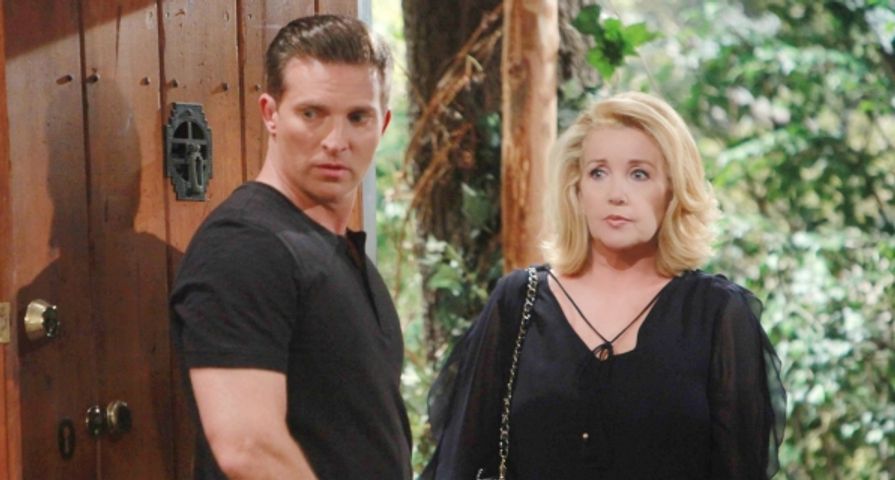 Fireworks are sure to explode this week on The Young and the Restless (Y&R). Ian Ward takes a couple hostages, Sharon continues to lose it and Hilary crosses the line with Jack. Learn about these situations and oh-so-much more in the Y&R spoilers for the week of July 4.

After Victor is shot, he is able to tell the police that Ian has taken Nikki. Ian heads up to the Abbott Cabin and just misses Billy who had left after a romp with Phyllis. Ian then takes Phyllis and Nikki hostage. Phyllis tries to get her cell phone after she attempts to convince Ian to give her the gun, so that she can shoot Nikki to prove her support to him. The con fails and both women manage to stay alive. Ian gets Nikki to call Victor, who is in the hospital.

Speaking of Victor, he will recover after he is shot, but this shooting is the least of his worries. Dr. Gates visits him, saying she thought she had feelings for him and confronts Victor on his testimony. Victor tries to cover it up, but the entire situation was clearly concocted so that Adam could get set up and Victor could swoop in save the day by winning back Adam’s loyalty. It might have worked since Adam told his bio dad to ‘fight for his life.’

Sharon hits rock bottom this week when she knocks Mariah out with a statue, during a hallucination where Sage is in the room. The good news is Mariah and Kevin are able to trick Sharon into see a doctor and getting more pills. Will Sharon take them or continue to fly off the deep end and rot with guilt over the secret of Baby Sully’s true identity?

Seems that everyone is curious on who Victor is working with. Nick and Victoria are chomping at the bits and the two pressure their dad to admit all that he has done, in the name of revenge. Chelsea heads to Kevin, to figure out who Victor was working with. In the end, a phone call from Nikki with Ian on the other line stops all this talk of revenge and co-conspirators. Victor makes a decision to take matters into his own hands in order to ensure Nikki’s safety, while Dylan gets frustrated with Paul when his mother’s hostage case lingers.

Hilary kisses Jack while they are talking. Devon approaches Jack and warns him that he is getting too close to his wife. By the end of this week, these two will come to blows over this.

Things heat up with two couples this week: Summer and Luca and Cane and Lily. Adam and Chelsea face the fall over their fake plan to help Ian escape, especially now that it has come to fruition.