6 Celebrities Who Vowed They Would Never Marry But Did 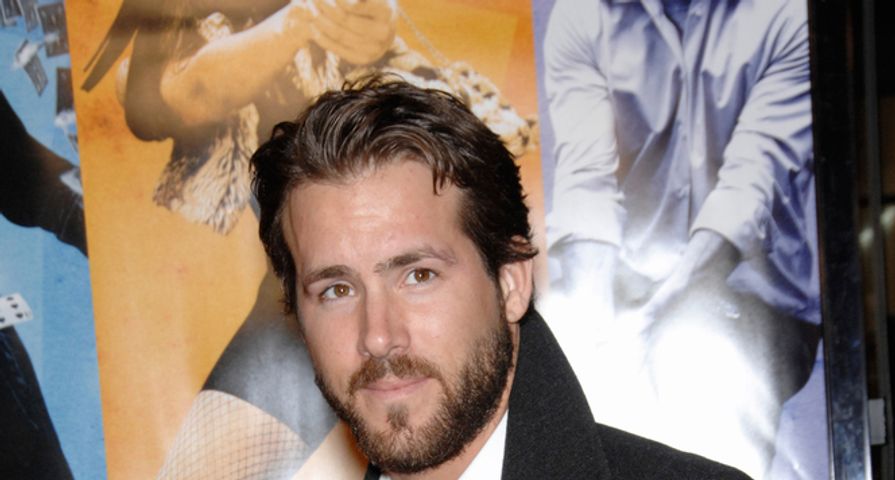 When some celebrities break up, they say really crazy things – like they never want to get married (or married again). Some of these celebrities have kept their word; however, others were just letting their grief speak for them. It turns out that they hadn’t totally turned their backs on the institution of marriage – they just hadn’t met the right person yet. Still, it seems pretty silly for celebrities to say that they have no interest in tying the knot again when they have no way of really knowing what the future holds. Here are 6 celebrities who once vowed to never get married, but ended up walking down the aisle anyway!

Cameron Diaz has said in the past that she wasn’t interested in ever getting married. “It’s about being in the right position. The right place at the right time. Ever heard of that, ladies? It’s like a sport to me. I don’t care. I don’t want to get married. I just want to catch the bouquet, because I have a collection of bouquets. I don’t have them still, but they’re kind of in my ego catalog: 12 bouquets,” she told Ellen Degeneres back in 2006.

It looks like the “There’s Something About Mary” star changed her mind. She married Benji Madden earlier this year. The problem she was having with marriage was probably due to the men she was dating. She seemed to always date bad boys, like Jared Leto, Justin Timberlake and Alex Rodriguez. Now that she’s married to Madden, we wonder if she is going to change her mind about having children too. She has always said that she doesn’t want any, but she said the same thing about marriage!

When Jenny McCarthy was dating Jim Carrey, she was against the idea of getting married again. “We’re living together, we don’t want any more children and we’re very happy – all that’s going to be is a piece of paper, really,” she told In Touch Weekly. He wasn’t interested in getting married either.

When these two broke up, McCarthy totally changed her mind about marriage. She met Donny Wahlberg and fell head over heels in love. They got married last summer and their reality TV show “Donnie Loves Jenny,” which will follow the newlyweds as they navigate married life, will be debuting on A&E this year. We’re not really sure if this marriage has what it takes to last. Most of Donnie’s family didn’t end up attending the wedding, including his brother Mark. Rumor has it that his family doesn’t like his new wife that much, which doesn’t bode well for their marriage.

In an 2006 interview with Esquire, Brad Pitt said that he and Angelina Jolie had no immediate plans to get married and that they would only tie the knot when everyone else in the country was legally able to do so. Around the same time, Jolie also said that they had no plans to marry, but were both committed to raising their children together. “We both have been married before, so it’s not marriage that’s necessarily kept some people together,” she said. “We are legally bound to our children, not to each other, and I think that’s the most important thing.”

Even though they had said that they weren’t interested in getting married, they changed their minds in 2012. Pitt proposed to Jolie and two years later they were secretly married at their estate in France. According to them, their children really wanted them to be legally wed, which is why they decided to do it.

For years, George Clooney was really outspoken about not wanting to get married again. He was married from 1989 until 1993 to actress Talia Balsam and, even though he really cared about her, he wasn’t a great husband. Since then, he has become the poster boy for men who are against marriage. “I don’t expect to ever get married again or have children,” he told the British newspaper Sunday People. “I am never at home and every woman gets sick of it. If I was them, I would never put up with me for long, and they don’t.”

Last year, Clooney changed his mind and now he is a married fool who is head over heels in love. At the 2015 Golden Globe Awards, he shocked everyone with just how crazy he is about his new wife Amal Alamuddin. “I couldn’t be more proud to be called your husband,” he said as he accepted the Cecil B. Demille Lifetime Achievement Award. We suppose he was less against marriage and just not that interested in marrying any of his former girlfriends.

Back in 2007, Halle Berry told InStyle magazine that she would never get married again. “Actually it’s just that now I’ve come to a place where I think two people can share their lives without the ring, without the piece of paper,” she said. She was dating Gabriel Aubry at the time and had been married twice before. Back in 1993, she married baseball player David Justice and, in 2001, she wed singer-songwriter Eric Benét. Neither of these relationships were particularly healthy. Justice physically abused her and Benét cheated on her with multiple women.

In 2013, Berry proved that it is a big mistake to ever use the word “never.” She married Oliver Martinez. A few months after the wedding, she gave birth to his son. According to Sophie Dulac, the Oscar-winning actress called Martinez “The One.” Let’s hope that this marriage works out for her. Her last breakup ended up becoming ridiculously messy.

After divorcing Scarlett Johansson, Ryan Reynolds was in a bit of a funk. We think that it must have been a pretty bad breakup because he was saying that he didn’t want to get married again! “I have not interest in dating right now,” he told Details magazine in 2011. “It just seems so kind of alien to me at this point…I don’t think I want to get married again.” It turns out that it was just his heartbreak talking – he just hadn’t met the right girl yet!

A good year after this famous interview, he married Blake Lively. They met on the set of the set of “Green Lantern;” however, they didn’t start dating until the fall of 2011. She must have mended his broken heart because these two were acting like they were married long before they tied the knot. They seem pretty old fashioned, so we can’t see these two not making it work.