5 Young And The Restless Spoilers For The Week (September 12) 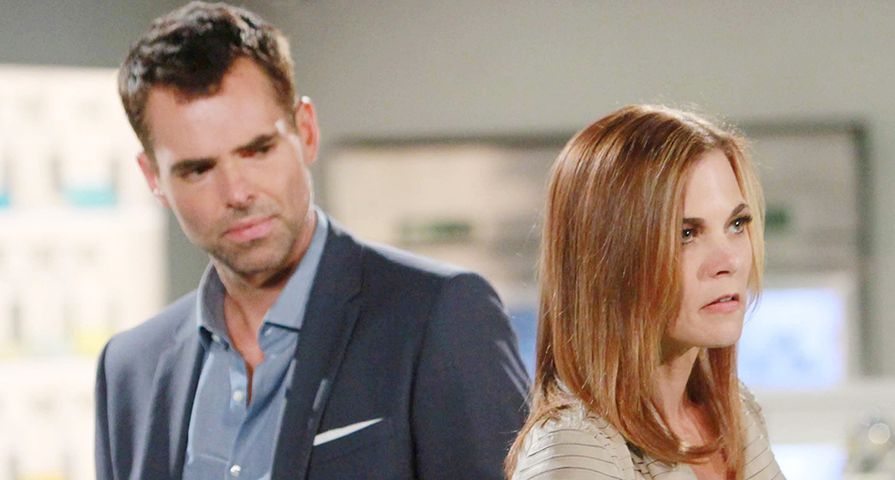 For every Young and the Restless (Y&R) fan who has been nipping at their heels to see Billy and Phyllis’s relationship exposed, well this is your week! The Abbott family gets torn apart, as the couple’s affair is revealed and Jack’s heart is broken. Dylan stays hot on Victor’s heels and the Rayburn marriage continues to fall apart. Learn more about the proverbial crap hitting the Phyllis and Billy fan, as well as other storylines in the Y&R spoilers for the week of September 12th.

So not a huge spoiler alert, but all part of the progressive storyline where Billy and Jill get caught and Jack finds out. While Billy and Jill are arguing about the affair, Jill fakes the condition and goes to the hospital. Billy calls her out on the fake heart attack, but she is able to convince him otherwise. Colin calls her out on the fake heart condition and they share a good laugh. Still, Colin wants to know what secret Jill is hiding. He does eventually find out and that’s were things begin to unravel.

4. The Two Get Caught

With Phyllis dumping Billy earlier on the week, one would think things would get better? Nope. Billy begins to lose it, while Phyllis takes a crack at marriage counselling. Sometime between all this Vicky actually catches the two in the act, confronts them both and it seems as if the affair is officially exposed. Ashley also confronts her younger brother about the affair and Summer approaches Phyllis, calling her a hypocrite. It seems everyone knows what is going on, but Jack at this point. Colin offers to ‘sell’ Jack the secret for a cool million dollars. Jack approaches Jill and Ashley this week, asking what they know and they both refuse to tell him anything.

With no one telling him what is going on, Jack approaches Colin with the money and eventually learns about the affair this week. Jacks loses it on both his wife and younger half-brother. Jacks asks if Billy is in love with his wife and Phyllis does fess up to this. Then Jack does something that shocks everyone. While spoilers are teasing this, they don’t go into detail around what actually happens – but is sounds like it is going to be big. The good news is that Neil is by Jack’s side through all of this.

2. Dylan Doesn’t Back Down

Dylan continues on the trails of Victor this week, despite Sharon asking him to back down. When Victor shows up at the police station demanding to know about Adam’s investigation, Dylan perceives this as guilt. He believes Victor is doing this to see if he is a suspect. He remains determined in bringing Victor down. Dylan also continues to be suspicious of Sharon. Paul and Nikki worry about their son and try to get him to relax.

Nick continues to invest more time in Connor and Chelsea, feeling that he owes it to Adam to look out for them. Chelsea is quite upset again this week and rages on Victor and Sharon. Chloe steps in and asks Nick to back off a bit. Speaking of Chloe, she reveals some of her doings in Genoa City as of late to Kevin, and shows a bit of a darker side. Victor is on the defense this week. There is also trouble with Abby and Stitch, where she says ‘no’ when he brings up the idea of another baby.