5 Young And The Restless Spoilers For The Week (November 14) 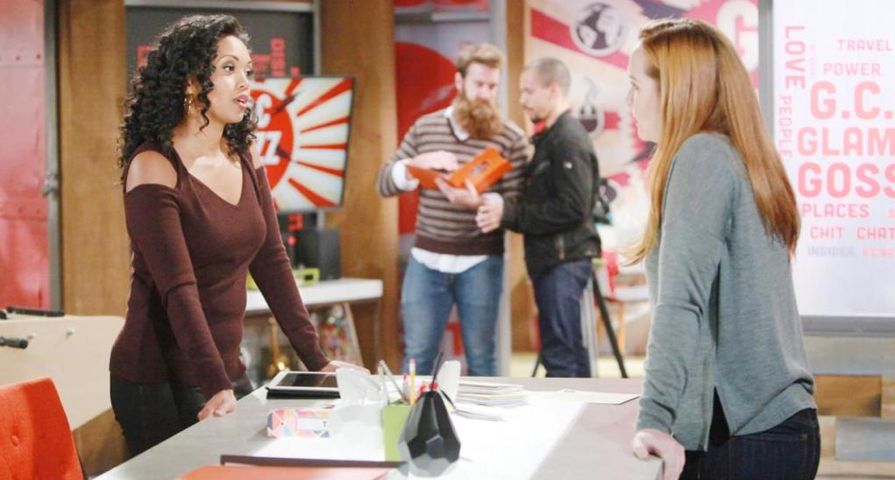 After a weekend of fun, Monday not only signifies a return to work, but also a return to your favorite soap opera. Genoa City is still reeling from the Baby Sully news and Sharon takes it to the next level this week. There also seems to be trouble in paradise for lovebirds Travis and Vicky and a fan favorite returns. Learn more about these and other Young and the Restless (Y&R) stories in the spoilers for the week of November 14.

Sharon decides to give GC Buzz an interview to further explain the entire Baby Sully drama. While she thinks it is a good way to get her side of things out in the open, it’ll turn into an epic fail. Sharon will end up being arrested while Genoa City watches the drama unfold on television. Hillary soaks up the exploit as a huge win on her end.

Dylan is outraged over Sharon’s interview and feels it will add to their troubles. Meanwhile Nikki and Victor argue over the entire situation and it will get heated with the focus being on Dylan. Nikki is happy that Nick gets to be with Christian now, but is torn by what Dylan is going through…he doesn’t deserve another child being ripped from him.

3. Prison Or No Prison

Meanwhile the debate continues on whether or not Sharon should go to prison. At the end of the day it seems that Nick has the ultimate choice in the matter. Nikki and Victor do argue whether or not Sharon should be punished for what she did this week, at the end of the day Nick holds the power over whether or not she does face any consequences. Nick has never been one that was driven by revenge, plus Sharon is the mother of two of his children. He is mad at Sharon, but if the past dictates the future, then he will likely forgive her and move on. Besides, it really was Dr. Anderson who was at the forefront of this entire situation.

Ashley will find out something terrible this week: Travis has cheated on Vicky. She runs to Billy with this update and then tells Travis that he needs to tell Victoria what he has been up to. Ashley will have zero problem with telling Vicky the news herself, so Travis may want to ensure all this information is coming from him. While Vicky may not hear this cheating information this week, she will eventually learn it and spoilers indicate that Vicky makes an important decision regarding her future.

Victor reaches out to Chelsea this week to talk about Baby Christian. He probably wants to ensure that Chelsea won’t drop any hints to Nick about the child’s true paternity. Good news for Traci Abbott fans! Beth Maitland returns to Genoa City this week to help pick up the broken pieces of her family. Also, Cane deals with some irritating and challenging issues. Later, Hilary challenges Mariah and videotapes Sharon’s arrest.