5 Young And The Restless Spoilers For The Week (January 2) 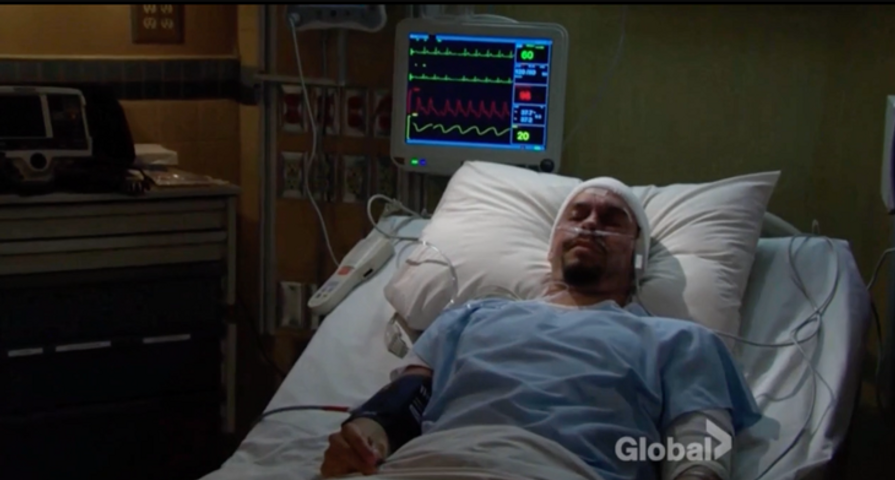 If you thought 2016 was a dramatic year, you ain’t seen nothing yet! Genoa City heads into a 2017 with some incredible surprises this week! Learn more about what the new year has in store for Devon, Hilary, Gloria, Lauren, Billy, Jack, Nick, Sharon, Dylan, Chelsea, and others, in the following spoilers for The Young and the Restless (Y&R) during the week of January 2nd.

5. Devon Rushed To The Hospital

Devon heads to the hospital with some serious injuries after his car accident. Sadly, Hilary is informed of this on the phone and struggles with the fact that she may have caused it all had she not lied to him and Lily will not miss this opportunity to rip into Hilary. In fact, Lily tells Hilary that should Devon die, then she is to blame. Spoilers indicate that Devon has internal bleeding and his situation does seem grim. Hilary will continue to blame herself for placing him in this situation.

Soap opera rapid aging syndrome (SORAS) is at it again! A much older, teenage Reed returns this week, looking to shake things up. Seems like Reed will stay at his mother’s house for a while, but Vicky wants to make sure his dad agrees with him staying in Genoa City. Victor is informed of his grandson’s arrival, and Victor is left wondering why his grandson is in town all of a sudden.

It seems that Gloria has only just returned and already has started to become a thorn in her daughter-in-law’s side. We already know that Gloria has a problem with Chloe and has vowed she will find out who Isabella’s dad is. Alas, it seems that this week Gloria snoops and finds out what Lauren has been hiding from Michael. Gloria is excited at the idea of holding this over Lauren’s head, and the CEO of Fenmore’s is going to have to scramble to come up with a plan to keep Gloria at Bay.

While Sharon has been desperately trying to change Dylan’s mind about heading out to a new mission, Dylan gets his assignment this week. Sharon begs Dylan to stay, as she has a bad feeling about all this and wants to protect him from any danger. Dylan has long made up his mind and he heads out on his undercover assignment this week. Most Y&R fans know that Steve Burton, the actor who plays Dylan, has left the soap and headed for other projects. While this may mean a goodbye for Burton, does this mean a goodbye for the Dylan character all together?

There is continued tension between Billy and Jack this week and Jack is able to provoke and get to Billy in a huge way. Meanwhile speaking of tension, Chelsea and Nick chat about the New Year’s Eve kiss they shared last week. Has this changed their friendship? Can they move on and forget about that passionate kiss? Any other fans hoping they don’t forget about it? Only time will tell!