5 Young And The Restless Spoilers For The Week (December 12) 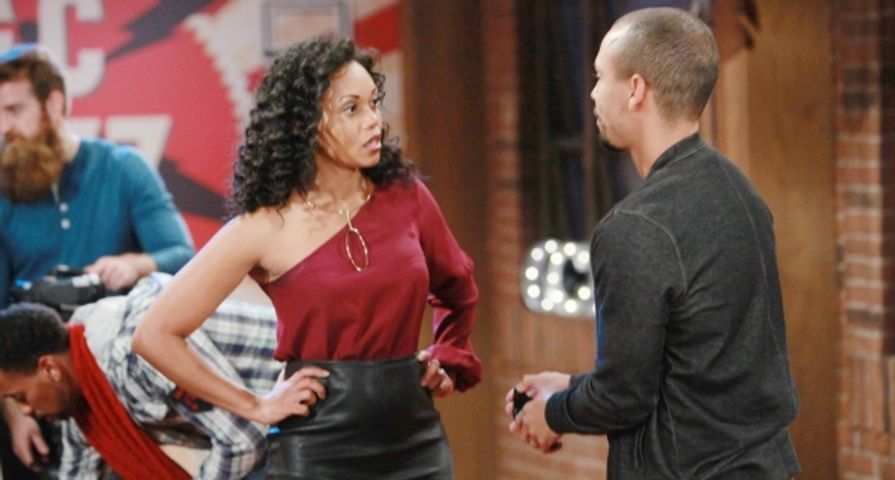 As we head deeper in December, it may be getting colder in Genoa City, but the drama is heating up. Mariah gets promoted at GC Buzz; Vicky gets a good cry in; and Traci hopes for a Christmas miracle. Learn about these stories and more in the Young and the Restless (Y&R) spoilers for the week of December 12.

While she’ll get a warning from Hilary, Mariah will shake that off and become the new GC Buzz host this week. Sadly, this big career move will prove to be an epic fail when she falls while modeling some heels. Devastated at being the town joke, Devon struggles to find a new host. Hilary will remind him that she could do it, but he shrugs her off. Devon struggles to keep the show afloat this week. The ever-creative Hilary will be off on a new endeavor this week.

Phyllis lets go of the idea of a reunion with Jack, especially since he’s made his feelings about the situation abundantly clear. Y&R spoilers tease some big changes for the character coming in the near future. With a fresh outlook on life it seems that Red will be moving on this week. What will this mean for the dynamics within Genoa City? Stay tuned Y&R fans! A new character steps onto the scene as Real Housewives of Beverly Hills star Erika Girardi appears as Farrah Dubose!

Speaking of Jack, Billy will visit his older brother this week, hoping for a reconciliation (once again). Spoilers indicate that Jack will soften towards his little brother as time goes by. Traci understands all the underlying tension with her brothers and is praying that they do eventually come together before Christmas hits, as she would like the family together during this important time of year.

Vicky will have a meltdown this week and it is probably for the best. She’s tried to place her emotions on the back burner, but they will explode onscreen this week. She’s a strong woman that has been through a lot, but she still loves Travis, so it will be hard to see him leave. Yes, she has an outburst, but maybe this is what she needs in order to move forward.

These two ladies have been going toe to toe lately, but Sharon will try to amend things with her mother-in-law this week for Dylan’s sake. She tries to have a talk with Nikki, but Nikki doesn’t want to have it. She is against the idea of even trying to be civil with Sharon, and it seems that these two will stay locked in their current position of hate-on for each other, as the holidays press closer and closer. In the midst of all the baby drama, Chelsea starts to question her feelings for Nick.