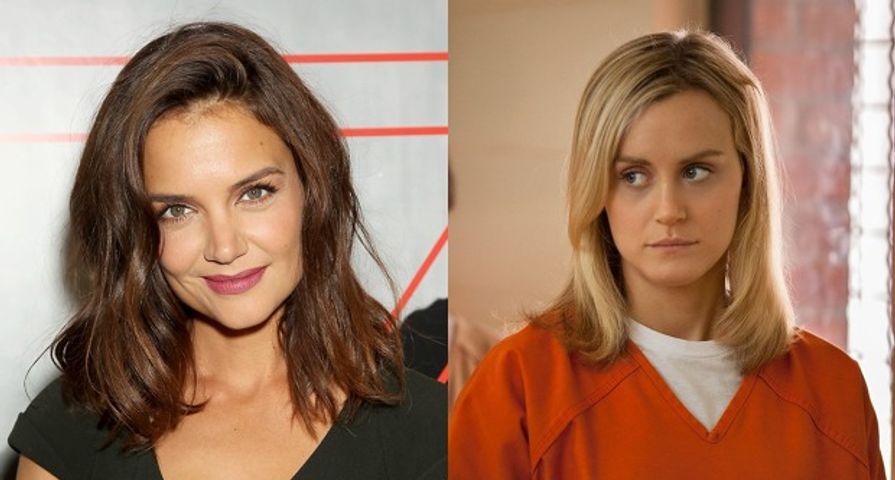 Picking an actor or actress for the leading role in a television show is extremely important because it can easily make or break a show. There are many popular shows that became widely successful, much to the credit of the cast. The viewers never really know what goes on behind the scenes, but most of the time when a role is up for grabs, there’s a lot of competition! With a slight change in cast, even just one cast member could alter the entire show. It’s really hard to imagine our favorite characters being played by someone else, but we did some digging and found 16 iconic TV roles that were almost played by other actors!

In an interview with USA Today, former Friends star Matt LeBlanc revealed he was offered the role of Phil Dunphy on Modern Family back in 2009! Unfortunately, he turned down the role, but only because he truly felt he was not right for the part. “I remember reading it thinking, this is a really good script, (but) I’ not the guy for this. I’d be doing the project an injustice to take this. I know what I can do, I know what I can’t do. Plus, I’m having too much fun laying on the couch,” he joked. While LeBlanc is a comedic actor, Ty Burrell does an amazing job with the role and we couldn’t possibly imagine anyone else now!

Once Shonda Rhimes’ show Scandal was picked up by ABC, network executives got down to business and began casting for the coveted role of Olivia Pope. Of course, when Rhimes wrote the part, she envisioned a black woman, but the network initially envisioned a white woman. “The network was reading us their top choices, and it was Connie [Britton] and all white women,” said casting director, Linda Lowy. “I panicked. Somebody finally piped up, ‘We’re going to have to redo this list.'” The role eventually went to Kerry Washington, which made her the first black woman to star in a top drama series in 37 years!

Serena van der Woodsen was one of the leading ladies on Gossip Girl and arguably the main character of the series. Since the show was based on a book series, many of the characters had very descriptive appearances, including Serena who was described as this tall and effortlessly beautiful, blonde bombshell. So, it’s surprising to hear CW’s casting director David Rapaport say that the network initially pitched Rumer Willis as Serena van der Woodsen on Gossip Girl! The show would have looked much different had that happened, and Blake Lively’s career would not be where it is today.

13. Katie Holmes as Piper on Orange is the New Black

We really have a hard time imagining this one! Orange is the New Black creator Jenji Kohan told E! Online in an interview back in 2014 that she is a big fan of Dawson’s Creek actress Katie Holmes, and that she first offered the role of Piper to her! The role ended up going to Taylor Schilling because Holmes turned it down. “She had other things to do. And also in the beginning, no one knew what this was,” said Kohan.

12. Cobie Smulders as Kate on Lost

Remember that amazing ABC show Lost? Back when the show was in production, Evangeline Lily scored one of the leading roles as Kate Austen, but she had some tough competition! Lily and fellow Canadian actress Cobie Smulders both auditioned for the role and actually became friends after meeting on the plane ride to the Lost audition. “[Evangeline and I] were both testing for Lost. She owes a lot to me because I went in and I bombed the audition. And she was like, ‘Thank you!'” joked Smulders.

11. Helen Hunt or Ashley Judd as Alicia on The Good Wife

It’s hard to imagine anyone other than Julianna Margulies as Alicia Florrick on The Good Wife, but during a roundtable interview with The Hollywood Reporter, Margulies revealed which two actresses turned down the lead role before her. “When The Good Wife came to me, it came in such a backhanded compliment. Ashley Judd was offered this script, but she’s turning it down. Now, I’m going to give it to you, but first, we’re going to Helen Hunt. And if Helen Hunt passes, it’s all yours,” said Margulies. She almost passed on the project because she was so insulted, but of course, she got over that pretty quickly and has since won two Emmy’s and a Golden Globe for her performance.

10. Nancy McKeon as Monica on Friends

In the beginning stages of putting together a cast of Friends, Courteney Cox read for the part of Rachel, which meant that someone else was in the works for Monica. “Nancy McKeon, from The Facts of Life, also read for Courteney’s part. She gave a terrific performance,” said Lori Openden, head of casting for NBC at the time. “Warren [Littlefield, the then NBC president] let Marta [Kauffman] and David [Crane] make the call. They went off for a walk and came back and said Courteney.”

9. Lisa Whelchel as Rachel on Friends

During an episode of Oprah: Where Are They Now? Lisa Whelchel revealed she read for the part of Rachel on Friends, but when she was offered the part she turned it down. “There were many opportunities I maybe could have pursued, but I didn’t feel comfortable,” she said. This is because Whelchel is a devout Christian and she knew from reading the pilot episode that the show would be about sex. “I remember reading the pilot episode and I said to my husband, ‘This is the funniest script I have ever read and this is going to be a huge hit.'”

8. Katie Holmes as Buffy on Buffy the Vampire Slayer

According to E! Online, Katie Holmes was offered the leading role in Buffy the Vampire Slayer before it became Sarah Michelle Gellar’s gig. She reportedly turned down the role so that she could go to high school. In addition to that, Ryan Reynolds was also offered a part as Buffy’s sidekick, Xander. He turned it down because he’d just gotten out of high school, so he didn’t want to go back and play a high school kid. Buffy the Vampire Slayer could have looked much, much different had these two actors said yes!

7. Dana Delany as Carrie Bradshaw on Sex and the City

In an interview with Daily Mail, Dana Delany revealed she was offered two huge career-changing roles which she turned down. Even though she did end up on Desperate Housewives as Katherine Mayfair, she was first offered one of the lead roles as the icy Bree Van de Kamp. She turned it down because she thought it was too similar to her 2001 role on Pasadena. What’s even more surprising is that she was also offered the role of Carrie Bradshaw on Sex and the City! She turned this one down because of the sex. “I didn’t want to be in a show about sex. The part went to Sarah Jessica Parker and it made her into a worldwide star, but I’ve got no regrets,” she said.

6. Mary Lynn Rajskub as Pam on The Office

In the final weeks of filming The Office, casting director Allison Jones gave Rainn Wilson a copy of the sign-in sheet from the first day of auditions which painted a much different picture than what we are used to seeing on The Office. Among the many actors who auditioned for roles they didn’t get was Mary Lynn Rajskub, who auditioned for the role of Pam. She was up against actresses like Anne Dudek, Ever Carradine and Jenna Fisher, and of course, the role ended up going to Fisher.

5. Courteney Cox as Rachel on Friends

Most die-hard fans already knew this, but when Courteney Cox showed up for the Friends’ audition, she read for the role of Rachel. She was given the part but turned it down because she felt more connected to Monica. In an interview with Off Camera With Sam Jones, she said: “For some reason, I thought I related more to Monica, which, maybe, it’s because I do. I’m not as clean as Monica, but I am neat.” She also mentioned that her boyfriend, Johnny McDaid, believes she shares the same competitive streak as her Friends’ character!

Empire star Taraji P. Henson told Power 105.1’s Angie Martinez that she read for the part of Olivia Pope on Scandal. “When I went in to read for Shonda Rhimes, in my mind I was like, ‘This is Kerry Washington. Why am I even in here?’…It was hers. It was her job, and she’s great in it,” said Henson. She went on to land an important role in the Fox hit show Empire as Cookie Lyon, so it all worked out!

It’s hard to imagine Gillian Anderson in as anyone other than Agent Scully from the X-Files, but according to her, she was offered one of the supporting roles on Downton Abbey as Lady Cora! In an interview with TV Guide Magazine, Anderson revealed the part was offered to her, but she turned it down. She didn’t give an explanation as to why she didn’t want the part, but that it just wasn’t what she was looking for at the time.

John Posey was the original actor to play the role of Danny Tanner on Full House — he even went as far as filming the pilot! He filmed the pilot and thought it all went well. ABC even picked up the show with Posey in the role, but a month afterward he found out they’d recast his character with Bob Saget. Posey later found out that Bob Saget and Paul Reiser were the first picks for the role, but they were both unavailable at the time the pilot was filmed. Saget had been filming a CBS morning show called The Morning Program, but when his schedule unexpectedly opened up, they gave the role to him and kicked Posey to the curb!

Dr. Derek Shepherd, also known as McDreamy, has no doubt become one of the most iconic television characters. The Grey’s Anatomy character was played by Patrick Dempsey until he left the role in 2015, but according to Rob Lowe, he was the first actor considered! In Lowe’s 2011 memoir, Stories I Only Tell My Friends, he said he turned down the part to star in the CBS’ series, Dr. Vegas. “I agreed to meet with the people making Grey’s Anatomy. I had read it and loved it — the writing was crisp, real and very entertaining,” he wrote. Lowe was immediately offered the part but chose to go with CBS instead of ABC because at the time they’d had a better track record with new shows.