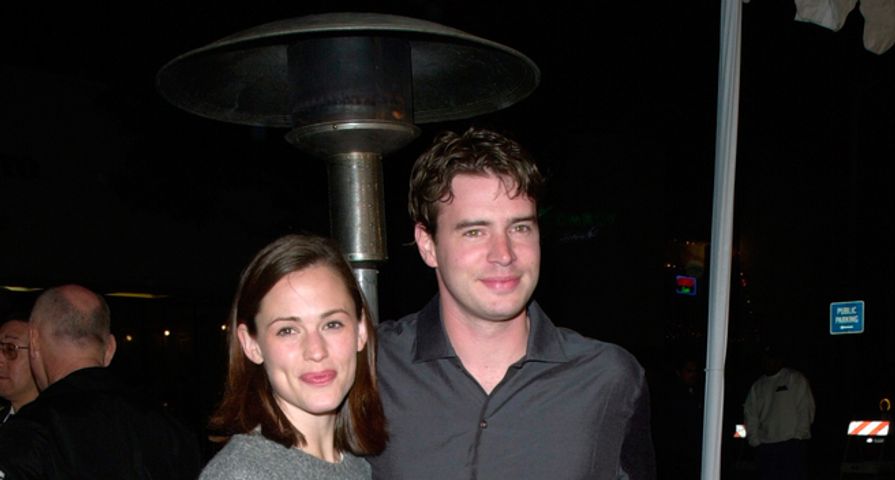 When it comes to on-screen romances on the small screen, life often ends up imitating art. It happened to these 20 celeb couples. They played love interests on TV and then ended up bringing the love off-screen!

Ginnifer Goodwin and Josh Dallas – who played Snow and White and Prince Charming on the ABC series Once Upon a Time – brought their on-screen romance off-screen in 2011 and were married in 2014. The couple currently have two sons together and are proof that fairy tales do come true!

Sophia Bush and Austin Nichols hooked up while filming One Tree Hill. Their on-screen characters, Brooke Davis and Julian Baker, were one of the show’s most beloved couples. While Brooke and Julian were able to make their relationship last long term, Bush and Nichols called it quits in 2012 after six years together.

10 TV Shows That Should Get A Revival

Anna Paquin and Stephen Moyer played love interests on True Blood and their on-screen chemistry quickly transferred off-screen. They have been together since 2007 when they filmed the pilot, were married in 2010 and currently have a set of fraternal twins together, a son Billy and a daughter Lilac.

Ashton Kutcher and Mila Kunis played Kelso and Jackie on That ‘70s Show, one of TV’s most annoying couples. In 2012, they began dating in real life and three years later were married. They are still together and have two children, Wyatt and Dimitri.

Lea Michele and Cory Monteith were cast as love interests on Glee in 2009 and it took a few years but, by 2012, they were an off-screen couple as well. They continued to date until 2013 when Monteith tragically passed away from an accidental overdose.

While playing love interests on The Big Bang Theory, Johnny Galecki and Kaley Cuoco secretly dated off-screen for two years. He only revealed this in 2013, three years after they broke up! “I just don’t like to speak about it. And not because I’m trying to be enigmatic; I just worry that it will conflict with people’s acceptance of (“BBT” characters) Leonard and Penny…. I get the curiosity, but I don’t want to distract from the story,” Galecki told CBS Watch! magazine.

Chad Michael Murray and Sophia Bush had tons of chemistry on One Tree Hill. Their characters, Lucas and Brooke, were arguably more compatible than Lucas and Peyton! While their characters had an on-again, off-again relationship on-screen, these two got married and then quickly got divorced. Rumor has it that Murray cheated on Bush with none other than Paris Hilton!

Katie Holmes and Joshua Jackson met on the set of Dawson’s Creek and, before their characters became a couple, these two dated off-screen briefly. According to Katie, Joshua was her first love!

Cole Sprouse and Lili Reinhart are one of the latest couples to take their characters’ love off-screen. The two play Jughead and Betty on the CW’s Riverdale and reportedly began dating in 2017 after the show premiered. Fans began to suspect that something was up when Sprouse began posting artsy pictures of Reinhart on his social media. It wasn’t until May 2018 at the Met Gala, however, that the couple confirmed that they were an item by walking the red carpet together.

Sara Gilbert and Johnny Galecki played on-screen love interests when they were on Roseanne and they also dated off-screen during this time. Gilbert had a major crush on her co-star. When they started dating, they would make out, which would leave her feeling depressed. He was initially offended by her actions, but after she told him it was about her sexuality, he was “super sweet about it.” It was after this that she started dating women.

7 Shows That Were Cancelled Not Once But Twice

During season two of Stranger Things, Natalie Dyer and Charlie Heaton’s characters, Nancy Wheeler and Charlie Heaton, became an on-screen couple and off-screen life imitated art. The couple was spotted out and about holding hands, but it wasn’t until they appeared on the red carpet at The Fashion Awards in 2017 that their relationship was finally confirmed.

7 TV Shows That Were Saved By Their Fans

On Freaks and Geeks, Jason Segel and Linda Cardellini’s characters briefly dated but, off-screen, these two were a couple for five years following the show’s cancellation in 2000. Their breakup reportedly inspired Segel’s movie, Forgetting Sarah Marshall, but he has maintained that the Kristen Bell character is an amalgamation of different relationships and that Cardellini was “a great girlfriend.”

Brendan Fehr and Majandra Delfino didn’t initially get along when they were filming Roswell, but their characters quickly became a couple on the show and had an on and off relationship for all three seasons. Off-screen, the two also began dating and, much like their characters, their relationship was also on-and-off and lasted two years.

While playing on-screen love interests (who end up together) on Felicity, Scott Speedman and Felicity were dating off-screen as well. Their relationship lasted from 2000 to 2001.

Alexis Bledel and Milo Ventimiglia met on set of Gilmore Girls. He played her character Rory’s boyfriend Jess and then they became a couple off-screen as well. Even though they talked about possibly getting married, they split up in 2006 after four years together.

12 TV Shows That Lost Their Lead Actor But Kept Going

Keri Russell was married when she first accepted the role as Matthew Rhys’ wife on The Americans; however, during the show’s second season, she quietly split from her husband, Shane Deary, and began secretly dating Rhys. Now their relationship is not much of a secret. They finally started talking about each other in interviews and they had a son together, Sam, in May 2016.

11 Shows That Were Cancelled Then Saved

Blake Lively and Penn Badgley knew each other long before they played on-screen love interests on Gossip Girl – they were home schooled together as kids! While filming the show, they became more than just friends; however, they broke up in 2010 after three years of dating.

Even though Nina Dobrev didn’t want to get involved with one of her co-stars, she fell for Ian Somerhalder, her on-screen love interest in The Vampire Diaries. The couple dated from 2011 until 2013. Their breakup left many of their fans more broken hearted than they were!

Stars Who Fell In Love With Their On-Set Siblings

Rachel Bilson and Adam Brody were absolutely adorable on The O.C. as Seth and Summer. Many fans of the show would agree that these two were a way more convincing couple than Ryan and Marissa. It turns out that their chemistry was real! These two dated off-screen from 2003 until 2006.

TV Stars Who Were Hated Because Of Their On-Screen Characters

Jennifer Garner and Scott Foley met on the set of Felicity. She was playing his character Noel’s long-distance girlfriend, Hannah, during season one. These two began dating off-screen as well and got married in 2000. In 2003, however, Garner filed for divorce, citing irreconcilable differences. According to Foley, her success is what doomed the relationship. “Nobody else was involved,” he told TV Guide. “Jennifer became a huge celebrity. She became a huge star, and she deserved everything she got. There was no other relationship, there was no infidelity, nothing. People get divorced, you know? Through no one’s fault and everyone’s fault.”