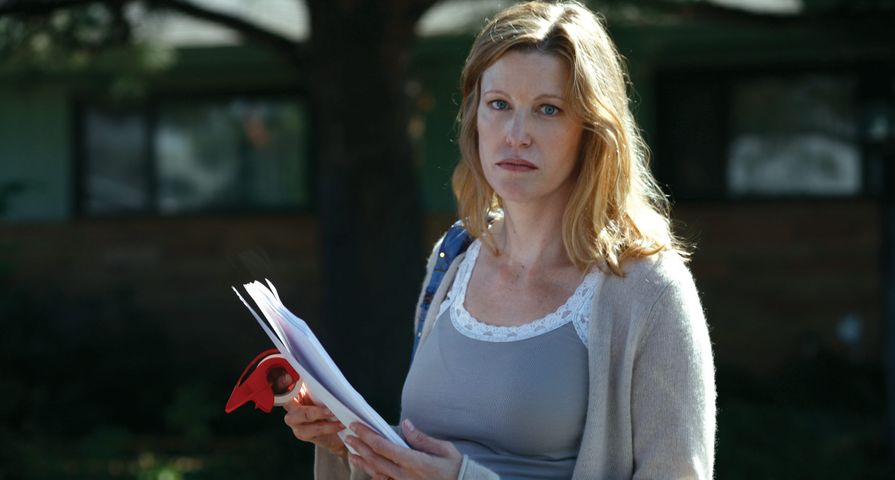 We’ve all experienced this before. We have our absolute favorite television show where everything about it makes it a joyous experience to watch down to the casting, storylines and the music choices that blend beautifully to create the perfect mood. And then that dreaded thing happens… they bring in a character (and yes, we are blaming it on the character and writing, not the actors portraying said parts), who just messes everything up and throws the entire thing off kilter.

The good news here is that this tends to happen at least once to even the best shows and thankfully most tend to recover or allow the show to go in a new direction where this faulty character isn’t as much of a big deal anymore… or is at least not as annoying.

Usually when a show has a character that really gets under audiences’ skin or sets a different tone than fans appreciate in a show, that character is a secondary or minor character. That makes it all the more surprising that Dawson himself could have single handedly ruined Dawson’s Creek. In all honestly his repetitive cycle of moodiness and broken relationships got to be a bit much, but fans stuck through because of the amazing supporting cast. More than once someone has said it should have been called ‘Pacey’s Creek,’ and even James Van Der Beek wasn’t a huge fan of his character, stating, “Dawson’s sweet, but he’s the kind of guy I’d find myself making excuses not to hang out with.”

It is really hard to find the negatives in a show like One Tree Hill, but with nine seasons and a revolving door of guest stars and recurring characters, there had to be one that didn’t exactly fit and that was Anna Tagaro. Anna appeared in 11 episodes in season two, and immediately did not click with the other characters. Although her story would be explained, her attitude towards those who were just trying to be nice to her were confusing and it seems like she was forced into the group of Peyton, Haley and Brooke where she just did not belong. She couldn’t ruin a show so good, but season two is definitely not as good with her character in it.

If you watched HBO’s Game of Thrones (seriously, at this point – who hasn’t?), then you were probably one of the millions who screamed a communal and very loud “Yessssss!” at their televisions come season four, but until then we all had to deal with a snot-nosed little royal brat who literally took great joy out of causing people (prostitutes, people he was supposed to care about – no difference) physical pain, embarrassment or even grisly death.

Gossip Girl had a lot of character dynamics to keep track of, and every character’s unique story really drew fans in, but Jenny Humphrey was just the weak link. She was never convincing as the next Queen Bee and the storylines lacked interest from fans who would have preferred to see further developments in other characters. As her role in the show grew, so did fans dislike for her, and it seemed she dragged down or distracted from the other characters in a negative way. Needless to say, there was never a better decision to ship her off and not her bring her back.

To a certain extent we can totally appreciate how Netflix’s Orange is the New Black took the uber “macho” and obnoxious abusive male corrections officer stereotype and totally ran with it, but from a feminist (or just an individual with decent morals) perspective, George ‘Pornstache’ Mendez is our worst nightmare. He blackmailed our beloved “Red,” traded drugs for sexual favors and was basically a total pig who constantly harassed the inmates.

Fans of The Big Bang Theory aren’t going to be happy about this one, but there is an argument to be made that if it weren’t for the talent on the show, The Big Bang Theory actually would have been a major flop instead of the hit it became, and it would have flopped because of Sheldon Cooper. Jim Parsons is incredible in his delivery, but the character of Sheldon is just all around insufferable. Most times fans wonder how his friends haven’t physically attacked him, or the very least just shut him out of their lives with the absolutely ignorant and rude comments he makes over and over again. In fact, some of the best humor on the show is when others, specifically Howard, makes fun of Sheldon, as fans delight in his embarrassment because of how annoying he is. If it weren’t for the addition of the amazing Amy Farrah Fowler in his character’s storyline, he would have fell flat long before the series’ end.

Where to start with The O.C.’s Marissa Cooper? The character was actually awful, especially for the lead female character in a TV show. Not an episode went by where Marissa did not whine or cry about some made-up injustice of her over-privileged life. She went so far out of her way just for attention, and when she got it, she panicked. Eventually it was hard not to just roll your eyes whenever she appeared on-screen. If it weren’t for the humor of Seth and the intrigue of Summer not to mention their romance together, The O.C. would have never made it, thanks to the incessant annoying behavior of Marissa Cooper.

Children and adolescents on serious television shows can be a very difficult thing to pull off and such was the case for Dana Brody, daughter of Nicholas Brody, the very complicated “turned” prisoner of war/potential terrorist. The problem for a lot of the fans seemed to be that since the show dealt with such serious subject matter (war, terrorism, politics), they just couldn’t seem to wrap their minds around the angsty teen sub-plots that seemed to surround this character who on her three seasons altogether perfected the RBF (“resting b*tch face”).

Now, the story with Oliver Trask on The O.C. is perhaps a bit more simple because he was just a guest star who came in to stir things up and cause a bit of drama for the Marissa/Ryan love story, but the problem with him was that a lot of the fans absolutely despised that he was a bit too “cartoony” in being the typical evil villain who came in to get the girl, alienated the guy that everyone loves and, of course, by the end of his storyline is waving a gun around like a complete lunatic.

On season two of AMC’s hit show, Lori was the one to hate, but come around to the third season and the Andrea hate is strong and definitely making waves (there’s even a Facebook group dedicated to this). From her shoddy decision making skills (honestly though, in a zombie apocalypse world, how do you tell right from wrong?) to how her character interacts (at times very stupidly) with others, we get that every show needs someone who makes a lot of mistakes, but she’s nearly impossible to empathize with.

5. Screech, Saved by the Bell

At times, Samuel “Screech” Powers on Saved by the Bell was everyone’s favorite sidekick as he’d usually just be there, say something mildly amusing and then the plot would continue on to people’s storylines who we actually cared about, but the character of Screech was such a tricky thing. He often came across as annoying simply due to the fact that he was just always there. Perhaps if he was more of a secondary character who just came in and out every few episodes, his whole schleppy sidekick thing would have worked a bit better.

There is an almost universal dislike for Julie Taylor when it comes to the hit show Friday Night Lights; in fact it seems when it comes to passionate fanbases, few are hated quite as much as Julie. Friday Night Lights was a spectacular show, and one of the best things about it was how every character connected with audiences and seemed so unbelievably real, and then… there was Julie. She had arguably the best parents on TV with Eric and Tami Taylor, and an all around great life in which her constant bad moods and attitudes were never justified. She did nothing but treat Matt horribly when he could have done much better, and we can’t even get started with how she acted after her parents welcomed her sister Gracie. Luckily, Friday Night Lights was so good, Julie couldn’t ruin it, but she definitely put a damper on the overall shine of the series.

Popular TV Shows That Were Plagued By Feuding Co-Stars

Oh, Andrea Zuckerman (and quickly correct the pronunciation of her name in your head to the super pretentious version that the show made us deal with). The thing that made you hard to deal with was the fact that you were always supposed to be a confused self-indulgent relationship hopping teen (then college student) like the rest of the cast, but you just always came off as the know-it-all newspaper editor designated “mom” of the group and it never quite felt like it fully worked.

Anyone out there who thinks that the wife of a meth-cooking cancer patient should be totally easy to figure out, well… we’re not sure we can agree with that sentiment! Breaking Bad was a complicated show filled with complex characters, but the thing a lot of people seemed to have a hard time with was Skyler White. Her journey of being thought of as a bit of a oblivious “nag” wife to becoming much more a part of that drama and having her own morality meter pushed rather far in a direction that made people uncomfortable (undue or not, it’s an interesting thing to try and figure out).

Full House was a ’90’s television show chock full of family and friends and kids from all walks of life (okay, usually white middle-class suburbanites), but none was less welcome in the Tanner household than eldest daughter DJ’s neighbor friend Kimmy Gibbler. Usually these interactions were uncomfortable to watch because the Tanners were literally nice as pie to everyone else, but the second Kimmy Gibbler set foot in their house, even though she was obnoxious and apparently possessed exceptionally smelly feet, all hell would break loose.