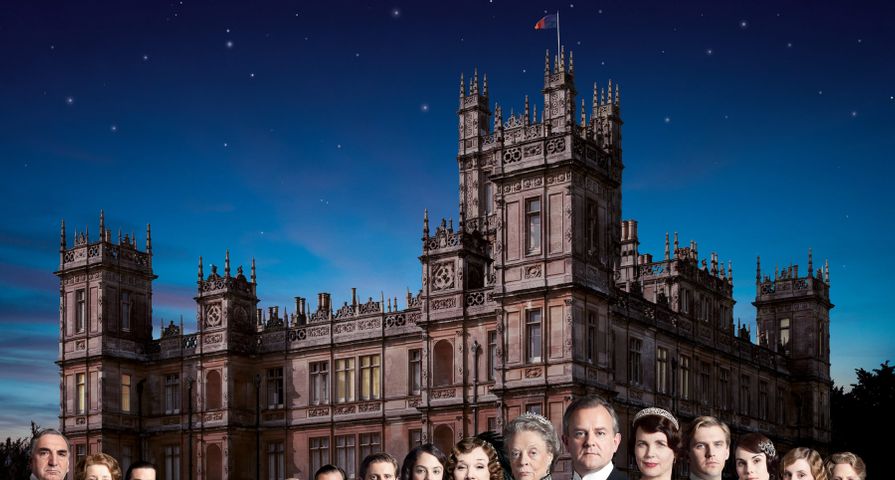 PBS drama Downton Abbey (2010-2015) is currently working on its sixth and final season, which means that Downton fans will soon have to mourn the loss of their favorite fictional early twentieth century British family.  From the sinking of the Titanic to the Great War followed by the swinging ‘20s, the Crawleys struggle to keep pace with the modern world while concealing their own family drama – neither of which is that easy! The show reached success almost instantly, drawing in a loyal legion of fans. For those of you who are completely obsessed with Downton Abbey, we’re revealing 12 secrets about the show!

The show’s costume designers are very concerned with authenticity and managed to get a hold of costumes that were made in the 1910s and 1920s. Several of them were found in Scotland thrift stores. These pieces cannot be washed because they are very delicate and the actors have complained that, while the costumes are pretty, they are also pretty smelly.

In 2013, Downton Abbey was watched in 200 regions and countries and had approximately 120 million viewers. Downton is the PBS drama series with the highest ratings ever. The show has received the most Emmy nominations for a British TV series. It also costs a million pounds to produce one episode.

Downton Abbey’s real name is Highclere Castle and, since 1679, it has been occupied by the Carnarvon family. The fifth Earl of Carnarvon, George Hubert, was an Egyptian archaeologist and discovered King Tut’s tomb in 1922. The family’s Egyptian connection inspired the names of the Earl of Grantham’s dogs: Isis and Pharaoh. The home is open for public visitation in the summer with a $27 admission fee.

While most of the show’s scenes are filmed on location at Highclere Castle, Downton’s servants’ quarters and kitchen are shot on a sound stage due to reproduction issues.

Downton Abbey was turned into a hospital and recovery home for World War One soldiers in Season 2. The Abbey was actually used for the same purpose in real life and letters of the soldiers’ appreciation are currently displayed in the home.

Jessica Brown Findlay (Sybil Crawley) got her first big break on Downton Abbey, but after three seasons, she left the show for fear of being typecasted. Her fellow actors tried to convince her to stay, but she was determined. Her gamble paid off as she has not stopped working since, and will be appearing in Victor Frankenstein (2015) with James McAvoy and Daniel Radcliffe.

Downton’s writer and creator Julian Fellowes is close friends with the current owners of Highclere Castle (where Downton is filmed). He based Kemal Pamuk’s (Mary’s love interest) death on a diary entry he had read while visiting Highclere.

4. This is the Dr.’s office, Edith Speaking…

Laura Carmichael (Edith Crawley) was working as a physician’s receptionist and about to go on a Shakespearean tour in Dubai when she got the part of Lady Edith.

Michelle Dockery (Mary Crawley) told David Letterman that her ancestors were likely to be a lady’s maid (like Anna Bates) than her aristocratic character Mary.

Sophie McShera plays Daisy Mason, one of Downton’s chefs and Lily James portrays socialite and newlywed Lady Rose MacClara. Roles were reversed in Disney’s Cinderella (2005) when James appeared as Cinderella and had to serve her mean stepsister Drisella (McShera).

1. Why Matthew Had to Die

Dan Stevens (Matthew Crawley) apparently gave Downton’s writer and creator Julian Fellowes very little notice when he decided to leave the show during Season Three. Fellowes claimed he had no choice but to kill Matthew and he met his end in a car accident.