Iconic Secondary TV Characters Who Were Promoted To Lead Roles 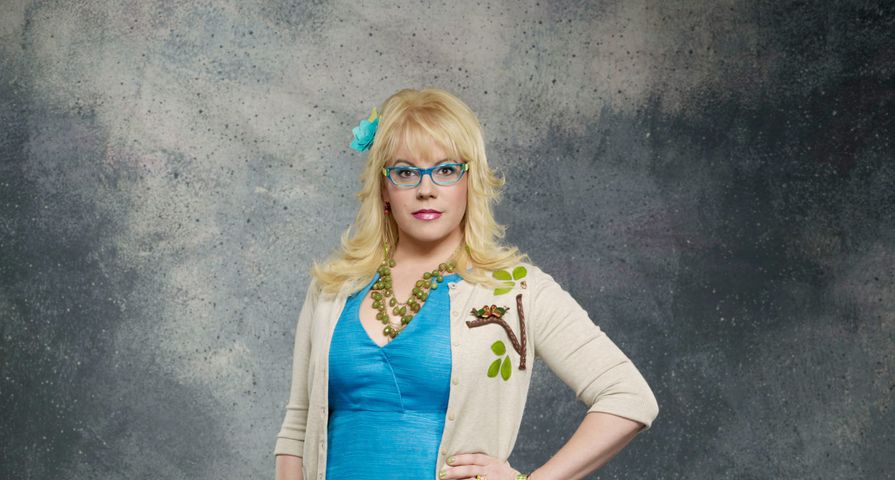 Every series, movie and book has the same outline of protagonists and antagonists as well as secondary supporting characters who are usually just there to back up the those in the lead roles. Often times an exit of a star or an unexpected reaction to these secondary characters makes them more popular than anyone could have imagined and before long they become one of the biggest draws to the show. For one episode or several, fans enjoyed a specific character stealing the show and delivering some of the best moments and lines, and eventually their importance to the show was recognized with a promotion to a main role! Here are 12 popular secondary TV characters who were promoted to lead roles:

When The Drew Carey Show first aired in 1995, Kathy Kinney as Drew’s arch enemy Mimi Bobeck was only supposed to have a small role in the pilot episode. Fortunately for the actress, however, audiences laughed the most at her scenes when pitted against Drew and after a few more episodes they knew she had to be kept. It didn’t take long for Mimi to go from a one-off character to a lead and which also led to more varied workplace storylines than the show originally intended.

When Family Ties first began airing in 1982, the series followed Steven and Elyse Keaton who used to be hippies but changed their lifestyle to raise their children in Ohio. While their children were supposed to be supporting characters to the parents’ storyline, things quickly changed as fans became attached to Michael J. Fox’s portrayal of their son Alex P. Keaton. His Republican attitude and love of Richard Nixon connected with fans and along with Fox’s charm, the focus of the show was quickly shifted which reportedly caused tensions with his on-screen mom Meredith Baxter. As seasons continued, writers plotted episodes around Alex making the parents the secondary characters instead.

Supernatural has always had a very simple cast thanks to the Winchester brothers leading the show and secondary characters offering consistent support, and although all of the secondary characters have been great, one really stood out. When Misha Collins signed as the angel Castiel, his character was only supposed to be in for a six episode storyline when he appeared in the first episode of season four. His humor and added dynamic to the relationship between Sam and Dean quickly became praised and, after carrying on throughout season four, he was promoted to a series regular in season five. Now his original six episodes have turned into 103 and he has become as much of a fan favorite as the Winchesters.

“The Fonz” is one of the most well-known TV characters in recent television history and odds are those that didn’t even watch Happy Days know about Henry Winkler’s iconic character. Originally, Happy Days was supposed to be led by Richie Cunningham, played by Ron Howard, who was fresh off the fame of starring in American Graffiti, but as the first season aired, it was the secondary character of Arthur Fonzarelli “Fonzie” that was getting the most attention. Despite his start as a supporting character to Richie Cunningham, by season two Winkler was given top billing and the network even considered changing the name to Fonzie’s Happy Days, but Winkler rejected the suggestion.

Given how much significance Spike now plays to the entire Buffyverse, it may be hard to believe that when James Marsters first stepped into the role, Spike was only supposed to be a one-off villain for Buffy to kill. After increased screen time through season two, it was evident that Spike added a lot more to the series than what was first thought and by season four he was promoted to a main role and went on to get one of the best character development arcs in the entire story.

Those who watched Family Matters from 1989-1998 know that Steve Urkel has become an iconic ’90s character which makes it even more surprising that, at first, he wasn’t even in a leading role. The series was supposed to focus on the trials and tribulations of the Winslow family when Jaleel White as Steve Urkel was brought in for only one episode to take Laura Winslow on a date. Surprisingly, the character garnered the most reactions from the studio audience and producers quickly had to re-write episodes to add him in. Eventually it became obvious that they had the focus of their show all wrong and before long Family Matters became all about the adventures and misadventures of Steve Urkel.

Through 12 seasons, Criminal Minds has become one of the most popular series on TV and in that time audiences have seen stars come and go, meaning many have had to step up to bigger roles, including Kirsten Vangsness as Penelope Garcia. When she first appeared in the pilot episode of the series, Garcia was only supposed have a few lines and be a supporting character for only that episode. Test audiences immediately liked the character and her chemistry with Shemar Moore as Derek Morgan so she was written into nine more episodes of season one. In season two, Garcia was promoted to main character status and has now become not only one of the most crucial characters to the series, but has appeared in the most episodes next to Matthew Gray Gubler as Dr. Spencer Reid.

Beverly Hills, 90210 launched the careers of many stars during its 10 season run from 1990-2000, and one of the biggest was Luke Perry as Dylan McKay. Originally executives at Fox were pretty confident in the show and their young cast with one exception: Luke as Dylan. They were so hesitant, they decided to only put him in two episodes and Aaron Spelling paid Perry his salary out of his own pocket. Needless to say, executives were surprised when McKay became a breakout character and they had no choice but to promote him to one of the lead stars of the show.

When One Tree Hill first premiered there were only four main characters: Nathan Scott, Peyton Sawyer, Lucas Scott and Haley James, meaning one very critical part of the show was missing. As it turns out there was no solid plan for the character of Brooke Davis and the pilot was filmed without her, meaning fans weren’t introduced to the beloved character played by Sophia Bush until the second episode of the series and even then she was only slated to be a supporting female character to Hilarie Burton’s Peyton. Brooke’s popularity with fans quickly rose, however, and while she became a star character, her prominence grew even further with the exit of Peyton Sawyer and Lucas Scott following season six, in which Brooke became the lead female character along with Haley James for the remaining three seasons.

Breaking Bad‘s status as one of the best television dramas ever would definitely not stand had the series gone with their original plan for Aaron Paul’s character Jesse Pinkman. The series started out being about Walter White and his descent from high school chemistry teacher to meth creator extraordinaire and Jesse Pinkman was added as a secondary character to further develop Walter’s story, and Pinkman was supposed to be killed off in the ninth episode of the first season. Instead, after noting the chemistry and more complex dynamic between Pinkman and White, the character was not only kept, but promoted to the forefront of the show as the second leading character.

It might be hard to imagine where Boy Meets World’s storylines would have gone or what the focus had been if Cory and Topanga’s relationship hadn’t been in the forefront, but that could have very well been the case. At the beginning of the series, Danielle Fishel was only brought into the show for comic relief and a small role as the strange “hippie” girl in Cory’s class. After appearing in five episodes in season one, ABC realized what the character added to the series and in season two Topanga was promoted to lead character status alongside Cory (Ben Savage) and Shawn (Rider Strong).

When The O.C. premiered in 2003 it was evident that Marissa Cooper was the leading character and Summer Roberts was only meant to appear in a guest starring role. Unsurprisingly many fans reacted much better to Bilson’s Summer Roberts than they did Mischa Barton’s Marissa, and writers made an effort to include more scenes with Summer. Halfway through season one, Fox recognized the character’s importance to the show and she was finally signed on as a regular and was added to the opening credits starting from the last half of season one. Of course, the character was promoted even further following the death of Marissa Cooper in season three, making Summer Roberts the sole female lead for the last season of the show.