10 Ways Katherine Heigl Can Still Save Her Career! 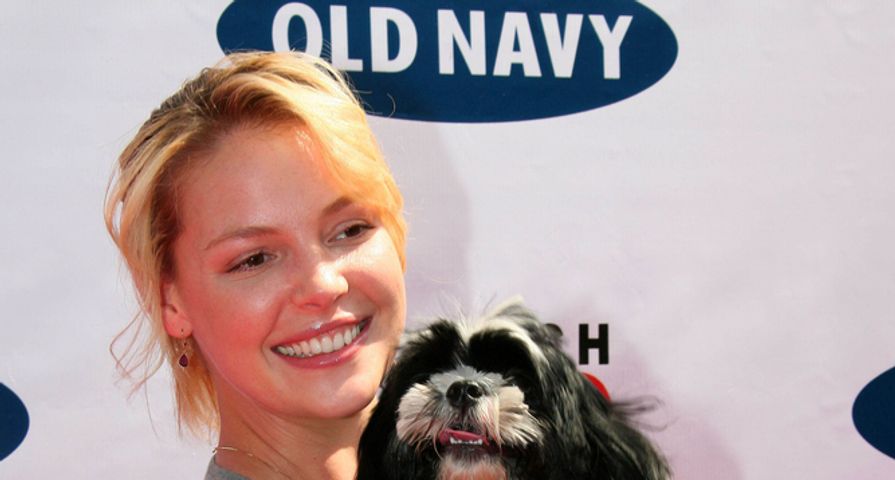 Several years ago, Katherine Heigl was headed for big things. She had a breakout role in 2005 on the hit show “Grey’s Anatomy” and she won an Emmy in 2007 for her performance. Unfortunately, she ended up shooting herself in the foot by criticizing “Grey’s Anatomy” and “Knocked Up” and by failing to deliver at the box office. Earlier this month, we published an article on the 10 ways Katherine Heigl destroyed her career. A Fame10 reader by the name of zaz_cag politely commented “Now we need a “10 Things She Should Do To Save Her Career” list. Well, we couldn’t agree more!

Check out our list of the 10 ways Katherine Heigl can still save her career. Don’t worry Katy, you can thank us later!

One thing that could make Katherine Heigl more likeable is a “Funny or Die” skit. She did one back in 2011 and it really showed off her skills as a comedic actress and made her seem a little less stuck-up and a little more easy-going. While she still has a solid fan base, this would be a good way to recruit more fans. It is hard to dislike someone who can laugh at themselves.

She needs to do more photo ops with her two adopted children, Naleigh and Adelaide. People will really warm up to her if they can see her as a more relatable figure and children are great for that – especially when they are as cute as hers! We’re not suggesting whoring her kids out to the paparazzi like some celebs but more Twitpics and Instagram photos – like Jessica Simpson has been doing with her family.

Hosting “Saturday Night Live” is a great way to reach a different audience. Katherine Heigl is obviously skilled as a comedic actress and this opportunity would open her up to more people. As long as she can poke at herself and her reputation, the audience will like her.

The former “Grey’s Anatomy” star must drop the $6 million lawsuit against Duane Reade. She has already admitted that she is hurting for cash these days and everyone is well aware that she is using Indiegogo to help raise funds for post-production of her latest movie. This lawsuit makes her look harsh and desperate for money.

Katy needs a good publicist pronto. For years she has sabotaged her reputation by criticizing the films and TV projects that established her career. If she is going to continue to work in this business, she needs to shut her mouth and hire a better publicist to do the talking for her.

Katherine Heigl needs a stylist. She always ends up on worst dressed lists, which just gives people more to criticize. She needs to get her style on track, which will give people something positive to talk about.

She should promote a humanitarian cause like Angelina Jolie. A decade ago, Jolie was known for carrying a vial of Billy Bob Thornton’s blood around her neck and for making out with her brother, but these days she looks more like Mother Theresa thanks to her work with the United Nations High Commissioner for Refugees (UNHCR). Heigl could win more people over if she dedicated herself to a cause that many people hold dear.

3. Land A Role In An Indie Film

Indie films are great for actors and actresses like Katherine Heigl who are looking to re-establish themselves in Hollywood. Although these films don’t make as much money as big mainstream films, it is a great opportunity for her to hone her craft without any of the pressures that come from making a big blockbuster.

Katherine Heigl has already announced that she would be returning to TV in an NBC drama series called “State of Affairs” as a CIA agent; however, it would also be beneficial for her career if she guest starred on a popular TV show like Glee. This would provide her with a good opportunity to shine in a supporting role. After all, it worked for other celebs like Britney Spears and Lindsay Lohan when they were trying to save their careers.

Katherine Heigl is in desperate need of a new manager. Her mother has already alienated way too many people in Hollywood and many industry insiders are quick to criticize her approach and her demands. Heigl’s career resurgence depends on her finding a new – and more likeable – manager.