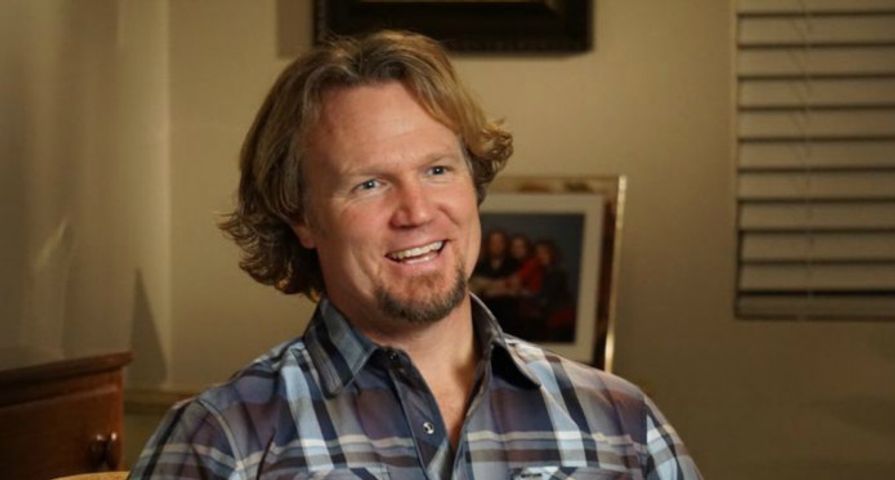 Kody Brown came into our lives when he sought out to normalize his polygamous lifestyle or as he likes to call it “plural marriage.” After the hit HBO show Big Love, it seemed like audiences were intrigued by this idea of marriage. The Sister Wives show peaked interests even more, giving a real insight (well, as “real” as reality television can be) to the life and style of polygamist families. Audiences seemed divided — you either began to understand why they would choose this lifestyle or you completely were disgusted by it. Love or hate, the world began to watch, captivated by it all. While some consider Kody Brown some sort of male hero, others feel he’s a narcissistic man up to his neck in female drama. While we have watched much of the story unfold, here’s some things you may not have known about the ringleader of the Sister Wives’ family, Kody Brown.

A report came out earlier this year that despite the fact Kody has four wives, he’s only sleeping with one of them. Not too shockingly, that wife is the newest (and youngest), Robyn. This has apparently caused rifts and jealousy within the family. However, this busts the whole “he’s only married to 4 women to have a lot of sex” theory because, apparently, that’s not happening. However, he does have 15 biological children between all 4, so there’s proof in the pudding that this hasn’t always been the case.

It’s often questioned how one man can manage to pay for four homes (and nice ones at that), drive nice cars and feed 23 mouths. While of course they are paid by TLC for their show Sister Wives, additionally at times one or two of the wives have worked outside of the home. Three of the wives also run a jewelry stop online called My Sisterwife’s Closet, but that’s not making anyone rich, so there’s got to be more to it than that. Kody can be pretty vague about what his “job” is. However, he has quoted saying things about “LIV life,” and has in the past promoted a LIVonline green drink, suspected to be a pyramid scheme company. It’s all very fishy, and part of this has everyone wondering — how will he keep TLC writing paychecks to him to keep afloat?

Given that this man likely makes his earnings just by being on a hit TV show like Sister Wives’, it’s not unfair to assume that he will be looking for ways to keep it being renewed, year after year. That said, it’s reported by Hollywood Life that Kody may be just finding that way by a new wife. A fifth wife! It’s also reportedly been something he’s been seeking for some time. A friend of Robyn’s told Life & Style: “He’s been looking for more than a year. He’s wanted someone really young, like 19 or 20. And she has to be attractive and thin.” This sounds like drama, which will make for some great television.

Kody Brown didn’t just decide out of nowhere that polygamy was the lifestyle for him, he was actually influenced by his own Dad. Kody’s father, Winn Brown, was a polygamist as well. Winn had three wives (as stated in his obituary), as well as nine children. Interestingly enough, none of Kody’s own kids have sought to live a polygamist lifestyle themselves. Daughter Aspyn (of Kody & Christine) was quoted saying “I don’t want to do plural marriage. I kind of feel bad that none of us want to, but it was just not what we were meant to do, I guess.”

When people hear “polygamy” they almost always assume it’s a Mormon thing. They aren’t entirely wrong in this case. That said, Kody Brown is reportedly not part of the mainstream Mormon church, Jesus Christ of Latter Day Saints, but he used to be. Kody was on mission with the mainstream Mormon LDS church, when his father took on a second wife, and left the mainstream Mormon ways to pursue a Mormon church supportive of his new lifestyle. Kody has never truly addressed what form of Mormonism he and his family are a part of; however, we know the LDS is not supportive of the Brown family whatsoever. This became evident in 2015 when daughter Maddie wanted to be baptized into the mainstream Mormon church (LDS). Maddie retold events saying, “I got a phone call and they aren’t letting me get baptized — it’s too contradictory and they hope I reconsider [joining the Mormon church] when we’re not such a public family, because I won’t publicly disown my family or publicly disassociate with them, it’s too controversial for the Mormon Church so they asked me not to get baptized.” Ouch.

Kody Brown legally married first wife Meri in 1990. In 1993, 1994, and 2010 he “spiritually” married the subsequent wives — Janelle, Christine, and Robyn. In a strange turn of events, he then legally divorced Meri (but remained spiritually married) and legally wed 4th wife Robyn. This was an act done to get full benefits to Robyn’s 3 children from a previous marriage, who Kody adopted, but was not biologically tied to like his other children.

4. Trouble With The Law

Kody Brown and his wives narrowly escaped arrest in Utah for polygamous cohabitation. They told Oprah in a 2015 interview (regarding the events which took place four years earlier) that they had a plan set in place to where all their children would go, in preparation for an arrest of the adults of the family, who were all guilty of living polygamy lives. With just three days notice, they jumped state lines to move to Las Vegas, Nevada (where living polygamy is legal). Meanwhile, they continued to pursue a long court battle for the acceptance of polygamy and won. A judge ruled to decriminalize polygamous cohabitation, while keeping in place a law that prevents multiple marriage licenses (also known as bigamy). Now, Kody remains passionate about his pursuit of wide acceptance for plural marriage, and has stated being willing to take it as high up as the supreme court.

Kody may have four wives, but he’s openly stated he would not take on any additional men for the family because apparently his idea of plural marriage only means multiplying wives, not husbands. Funny enough, he’s the not the first husband for two of his wives. Second wife Janelle was married (to first wife Meri’s brother!) when she first met Kody, and 4th wife Robyn was previously married and divorced just before meeting Kody. Brother Husbands does sound like a catchy tv show title though, so maybe Kody should reconsider and cash in on that!

Kody Brown is a father to 19 children, 16 of which are his biological children (3 are adopted, biological children of 4th wife Robyn). Sadly, first wife Meri was only ever able to conceive one child, daughter Mariah. This was Kody’s first child. After struggling with infertility, and an incredible offer from 4th wife Robyn to surrogate a child for Meri, Kody squashed the idea saying he felt in his gut that they shouldn’t have another baby and that nature was against them.

While Kody preaches “love should be multiplied, not divided,” he has himself seen some dark days in his marriage(s). Revealed in their tell-all book, Becoming Sister Wives, Janelle retells the story of her postpartum depression after the birth of her 5th child in 2001. She left for two years, and built a life for herself outside of the “sisterhood.” Things shifted again when Kody purchased a new larger home, which was a game-changer for Janelle, and she moved back in. More recently, in 2015, first wife Meri was caught up in a cat fishing scandal with a woman posing as a man named “Sam.” “Sam” was able to draw out lots of juicy details of Meri’s marriage with Kody, and eventually, this all came to the surface. Season 6 of Sister Wives has seen the fallout play out with Meri and Kody, which revealed gaping holes of issues within the sisterhood marriages.