10 Things You Didn’t Know About Call The Midwife 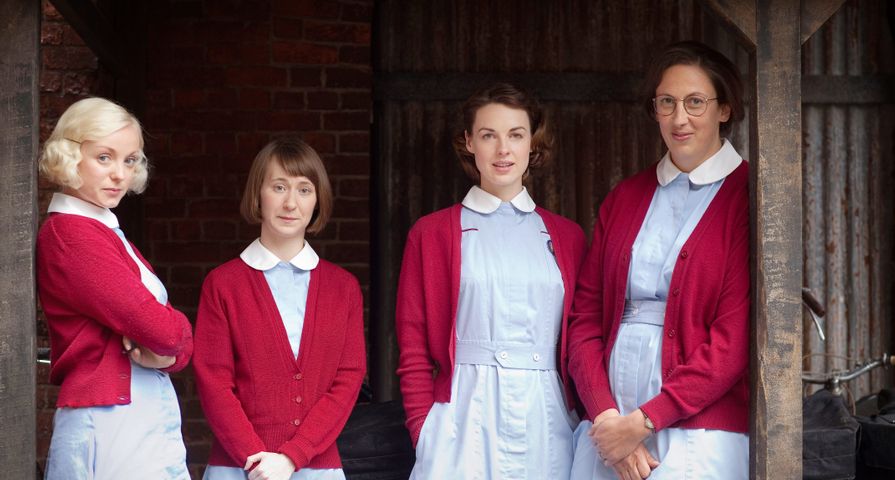 The BBC series Call the Midwife features midwives Jenny Lee, Chummy Browne, Trixie Franklin, and Cynthia Miller as they live and work with nuns at Nonnatus House in London’s East End during the 1950s. The nurses experience heartache and pain as they help women through the difficult and often dangerous process of childbirth while their patients live in absolute poverty. Approximately 80-100 babies were born in the East End per month and in the days before hospital births and cell phones, the nurses relied on their wits and courage to deliver children and save their mothers. For those of you Call the Midwife fans, here are 10 things that you didn’t know about the show!

The series Call the Midwife is based on a book of the same name by Jennifer Worth (born Jennifer Lee) who wrote about her experiences working as a nurse in London’s East End during the 1950s. The book is the first in a trilogy and followed by Shadows of the Workhouse (2005) and Farewell to the East End (2009). Worth died in 2011, a year before the series aired.

In the Call the Midwife TV series, the sisters’ home is called St Raymund Nonnatus, but in real life, Nurse Lee lived with the Sisters of St. John the Divine, an Anglican community of nurses.

Nonnatus House was named for St. Raymond Nonnatus who came into the world through a cesarean section and he is the patron saint of childbirth and pregnant women.

It was author Jennifer Worth who asked Miranda Hart to play Chummy Browne, the uncoordinated and clumsy nurse. Chummy meets police constable Peter Noakes by running into him with her bicycle in the book and in the TV series, but they only get married on-screen.

Call the Midwife was not the first time Pam Ferris (Sister Evangelina) played a midwife. She can be seen in Children of Men (2006) aiding a pregnant woman.

Vanessa Redgrave is the narrator for Call the Midwife and plays the mature Nurse Lee. Redgrave received the Commander of the Order of the British Empire for drama in 1967 and is the mother-in-law of fellow British actor Liam Neeson. She also had a relationship with Timothy Dalton, a former 007.

On and off screen, Jenny Agutter (Sister Julienne) is known for her charity work. She volunteered to teach school children in California about Shakespeare in the late ‘80s. She was joined in her efforts by Timothy Dalton, Judy Geeson, Ian McKellen, and Olivia Hussey.

If quirky Sister Monica Joan looks familiar it is because she appeared as Queen Claude of France in Ever After (1998). This seasoned veteran of drama has been acting for 61 years!

In the TV series, the Irish girl Mary, who becomes a prostitute against her will and subsequently becomes pregnant, is based on the events that took place in Jennifer Worth’s book. Furthermore, years later, the real Nurse Jenny read about Mary in a newspaper and about her attempt to steal a child to replace the one she was forced to give up for adoption.

1. Friends with the Royals

While cutting out a dress pattern, Chummy Browne (Miranda Hart) tells the other midwives that she met the royal princesses Margaret and Elizabeth. In real life, Hart has royal connections as she and Princess Kate both went to the same boarding school, (Downe House in Berkshire) and Hart is the fourth cousin, twice removed, of Princess Diana.