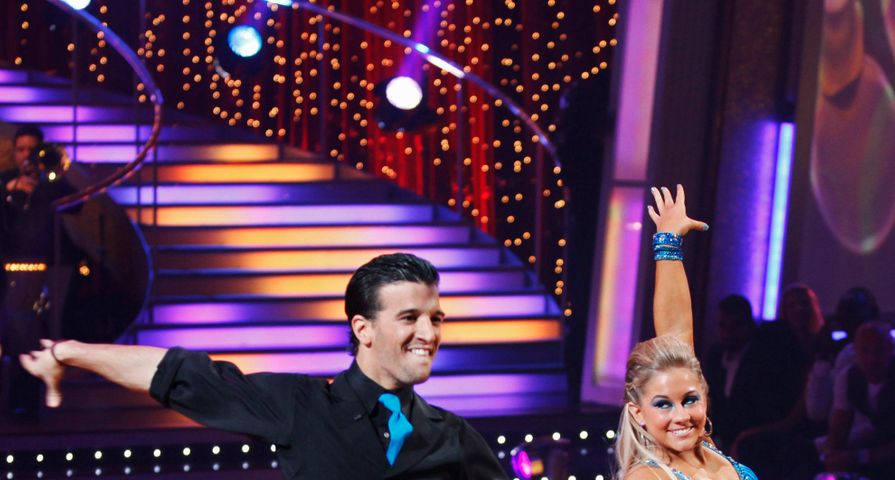 Dancing With the Stars has now been around for quite some time, and wasted no time in becoming one of the biggest and most successful reality competition series on TV. With more than 20 seasons already come and gone, fans have seen a lot of different winners from athletes to actors to singers and each have left their mark on the show. Many of the contestants have endeared themselves to fans and even though they have all won, it is obvious that some winners had more dancing skills than others. Here are 10 of the most popular Dancing With the Stars winners ranked from worst to best:

Season three of Dancing With the Stars featured some big stars including NFL legend Emmitt Smith who was partnered with Cheryl Burke. While Smith definitely surprised fans with his agile moves on the dance floor, it was his charm and personality that definitely resonated with fans the most. His talent was undeniable, but the fact he was in a season where Jerry Springer made it to fifth place also suggests the level of competition wasn’t as high as some other seasons. Mario Lopez and Karina Smirnoff also had the same if not better scores than Emmitt and Cheryl and there are still many fans who think Mario and Karina should have won.

Donny Osmond took on the Dancing With the Stars challenge for the show’s ninth season where he was paired with Kym Johnson. Osmond surprised fans and fellow contestants with his ease on the dancefloor and although he beat out the largest group of competitors with 16 in the season, his only true competition was Mya. Although there is no doubt his feat was impressive as he became the oldest Mirror Ball Trophy winner at the time, some still think Mya was actually the better dancer of the season.

With an iconic films like Dirty Dancing on her resume, it would be an understatement to say that expectations were high for Jennifer Grey. The actress competed on season 11 with Derek Hough, and while she most definitely proved she had not lost any of her dance training, many expected more. Often Grey’s dramatics detracted from her actual dances and with a season filled with some of the worst dancers the show had seen, there was really no way she wasn’t going to win.

Before taking on the dance floor with Jennifer Grey in season 11, season 10 saw Derek Hough paired with Pussycat Dolls singer Nicole Scherzinger. While Scherzinger without a doubt lit up the dancefloor, it didn’t come as much to a surprise thanks to her background with choreographed dances and routines. She is a talented dancer, and the season was electric, but at the same time it was a bit boring to watch two dancers dominate week after week, with only Evan Lysacek providing a bit of competition.

Dancing With the Stars‘ 21st season saw one of the best rosters of stars that the show had seen in quite some time. Names like Nick Carter, Andy Grammer, Tamar Braxton, Gary Busey, and married couple Alexa and Carlos PenaVega made for an exciting season, but it was 17-year-old Bindi Irwin who stole the season! As a wildlife conservationist and best known for being the daughter of the late Steve Irwin, Bindi had no dance experience and she absolutely shocked everyone with her talent.

Alfonso Ribeiro was without a doubt the most popular star heading into the 19th season of Dancing With the Stars. Since the actor had become infamous with his hilariously bad “Carlton Dance” on The Fresh Prince of Bel-Air, it was a pleasant surprise for fans who found out he actually could dance. Paired with Witney Carson, Ribeiro was the frontrunner right from the beginning, and while he could dance, it could also be argued that it was his infectious personality that helped soar through week after week until he beat out Duck Dynasty’s Sadie Robertson for the Mirror Ball Trophy.

Being partnered with Derek Hough is always an added bonus, and Kellie Pickler definitely used Hough’s excellence on the show to her advantage on season 16. The beloved American Idol contestant and country singer impressed fans so much because of her lack of dance experience and the ease in which she picked it up. Despite often being beat out by Zendaya and Val Chmerkovisky for high scores, Pickler continue to turn out jaw-dropping performances that even got Len Goodman out of his seat, making her one of the most talented winners yet.

Athletes are common on Dancing With the Stars, but out of them all it seems Olympians always do the best. In season eight, gymnast Shawn Johnson became the youngest Dancing With the Stars contestant yet at only 17 years old. It became evident early on that her athletic skill transferred easily to the dance floor, and along with her great chemistry with Mark Ballas, fans had no problem rooting for her. While she only beat runner-up Gilles Marini by one percent, her talent, hard work, and incredible skill made her one of the best winners out there, especially out of a season with such stiff competition.

After more than 20 seasons, most Dancing With the Stars fans probably don’t even remember the early seasons of the series. Back in season two, the “other” Lachey brother, Drew Lachey, took the show by storm. After years of living in his brother’s shadow, Drew got his time in the spotlight with partner Cheryl Burke, and fans were more than impressed. Week after week Drew and Cheryl always made their way to the one of the highest scores of the night, and constantly tried and executed new and different things to impress the judges and the audience. Drew had some really tough competition, but he more than proved he worked hard and deserved the win.

There are many different kinds of Dancing With the Stars fans including casual viewers, loyal and passionate viewers and those who just watch for a specific star or pro. One of the biggest points of contention with fans is if it is unfair when say some stars already have some level of dance experience compared to others with zero. While Meryl Davis was most certainly comfortable with grace and choreography as a figure skater, there is no doubt that her skill on the dancefloor has been unmatched. Performance after performance between Davis and Maksim Chmerkovskiy left fans in awe, and often tears, which is something only professional dancers usually accomplish.