Home » Entertainment » TV » 10 Most Unmemorable Dancing With The Stars Pros

10 Most Unmemorable Dancing With The Stars Pros 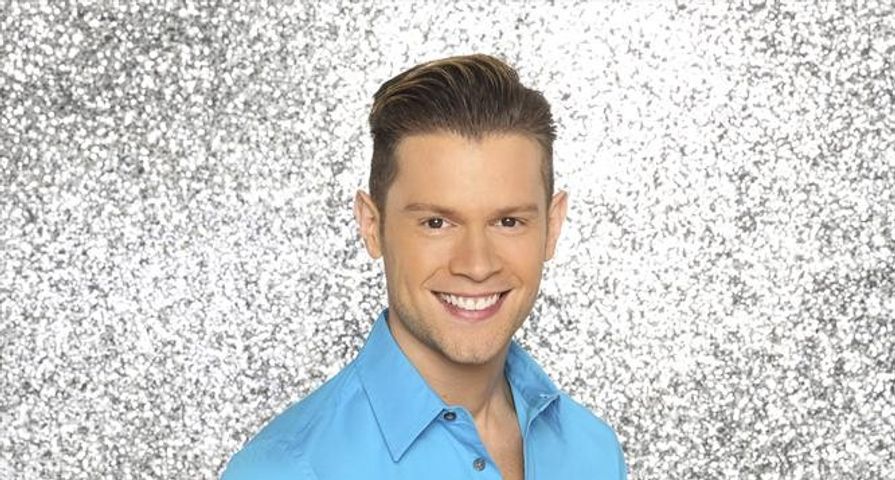 Dancing with the Stars has become a cultural phenomenon. The show has been around for over a decade, since 2005 and is now onto its 24th season! The competitive dance reality series features a new round of contestants each season who are paired with a professional dancer to compete against one another for the coveted Mirrorball Trophy. Over the past 24 seasons, DWTS has gained a core group of pros who’ve appeared on the show for a long time, are great performers and resonated with the audience to become fan favorites. There have also been a lot of pros who’ve come on the show only to last one or two seasons and then never be heard about again! Check out this list of the 10 most unmemorable Dancing with the Stars pros!

This Australian dancer joined Dancing with the Stars in 2010 for season 10. He was paired up with Pamela Anderson and although the two didn’t do terribly, they didn’t do overly well. They were eliminated in the sixth week and Whitewood was never asked to return for another season. Although their time together on the show didn’t last long, Whitewood and Anderson continued to work together on philanthropic projects around the world and Whitewood participated on other dance shows like So You Think You Can Dance in Australia and the Netherlands, as well as La Academia.

This former Dancing with the Stars pro was introduced on the show as Ashly Delgrosso, but has since gotten married and started a family, so she now goes by Ashly Costa. She starred on the first three seasons of DWTS and returned for season 10 after a long hiatus to be paired with astronaut Buzz Aldrin. Although she’s done more seasons than any other pro on this list, her career on the show has been sporadic. She left the show after season three to get married to her now-husband, Michael Costa, a field producer for DWTS and immediately started growing their family. Shortly after her second time around on the show in 2010, she welcomed another child in 2011, a daughter named Naomi, and in 2014 she had another son named Samuel. Now with four children it seems like Ashly has her hands full, so we don’t expect to see her again anytime soon!

Charlotte Jorgensen is one of the original Dancing with the Stars pros from season 1. This was her first and only season on the show. She was paired with John O’Hurley, and the two did pretty well! They came in second place after losing to soap actress Kelly Monaco and Alec Mazo. Many people felt like Jorgensen and O’Hurley deserved to win, so the two duos participated in a “dance off” afterwards and they won! Sadly, this did not change the outcome of the competition, but instead of throwing the towel in, Jorgensen and O’Hurley created an instructional dance video, which was pretty well received. Even though she placed well, she was only on one season and, since it was 12 years ago, she’s most likely been forgotten by most viewers!

Andrea Hale was partnered up with ESPN sportscaster Kenny Mayne during season 2 of Dancing with the Stars and even he has appeared in more seasons than her! Season 2 was Hale’s only appearance on the competitive dance series and because they were the first couple eliminated that season, many viewers probably don’t even recognize her at all!

Eliminated in the first week, Jenna Johnson was paired up with actor Jake T. Austin during season 23 of Dancing with the Stars. Her time on the show wasn’t that long ago so she’s not entirely forgotten, but she’s already been replaced on season 24, so it’s looking like she could potentially be a one season wonder which is a fast track to becoming one of the more unmemorable pros to have appeared on the show. She did have a chance to come back on the show, but only to fill in for Sharna Burgess who had to sit out on the October 31 and November 7th shows due to a knee injury. Prior to becoming a pro on DWTS, she was a member of the troupe from season 18 to 22.

Inna Brayer joined Dancing with the Stars in 2008 for the shows seventh season. She was partnered up with actor Ted McGinley, but unfortunately the two didn’t last very long. They were the second couple eliminated on the first week. Brayer is definitely not a memorable pro considering she never again appeared on the show and didn’t hang around long enough the first time to resonate with the audience.

Remember Fabian Sanchez? Probably not! He only appeared on one season of Dancing with the Stars nearly a decade ago during season 6 back in 2008. The professional dancer and Mambo world champion was paired with Oscar winner and deaf actress, Marlee Matlin. The dancing duo actually didn’t do too bad. They were the sixth couple eliminated from the show. He never returned to the show and instead runs a Fred Astaire Dance Studio in Alabama with his wife, Jacqueline.

Brian Fortuna joined Dancing with the Stars in season 4 and was partnered up with former Miss USA Shandi Finnessey. The two of them didn’t make it very far as they were the second couple eliminated and Fortuna never returned to the show as a pro, but was able to secure himself on the following two Dancing with the Stars national tours. He was later chosen to host the third DWTS tour and his knack for hosting lead to him co-hosting the Dancing with the Stars…Online Encore with his former partner Shandi. It seems recently he’s moved onto acting with roles in the Oscar award winning film, The Aviator, TV series South Beach, and a starring role in the Canadian documentary Live to Dance. Although Fortuna has been quite successful, he’s not exactly one of the more memorable DWTS pros and mainly because he only lasted one season and it was quite a long time ago now.

Source: Dancing with the Stars Wikia

Russian-American ballroom dancer, Anna Demidova, secured her spot as a pro on season 9 of Dancing with the Stars when she won the Pick A Pro competition on season 8 which had several professional dancers competing for a spot on the show. When she appeared on season 9, she was paired up with retired NFL player, Michael Irvin. They finished in seventh place, but she never returned to the show after that. She continues to dance, but has since moved to New York City to focus on becoming a model/actress.