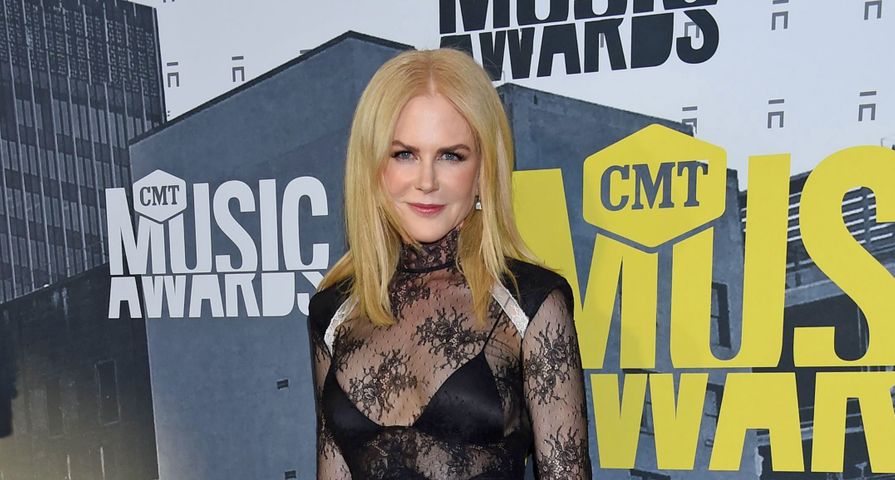 Earlier this year, Nicole Kidman revealed shocking news that she was briefly engaged to rocker Lenny Kravitz in the early 2000’s. Kravitz’s daughter— Kidman’s Big Little Lies costar—has decided to share her side of the engagement being revealed and speaks about her brief experience with Kidman as a stepmom.

Zoë Kravitz laughed and revealed to The EDIT, “I think she forgot that no one knew that. I hadn’t seen her in a long time before Big Little Lies, but there was a point where we were all kind of living together,” she shared. Zoë also weighed in on her own relationship with Kidman as a child and revealed, “I was about 13, and she would take me to see movies; she was so nice to me.”

The Kidman-Kravitz engagement became public during an interview that Kidman did with The EDIT in February of this year. Kidman shared her own insights on working with Zoë on Big Little Lies and revealed, “Well, I knew Zoë because I was engaged to her father. It’s all in the family! I love Lenny; he’s a great guy.”

Back in the early 2000’s, rumors spread about Kidman and Krevitz’s romance after her divorce with Tom Cruise. In 2007, she spoke of the relationship with Krevitz to Vanity Fair but at the time never revealed his identity. She simply justified their broken engagement by saying, “It just wasn’t right. I wasn’t ready. We weren’t ready.”

Despite Kidman’s previous romantic dilemmas, the star is now happily married to Keith Urban whom she married in 2006. Kidman and Kravitz have remained friends and even hung out backstage at the 2016 CMT Music Awards while posing for pictures together, which confirmed their mutual reconciliation.