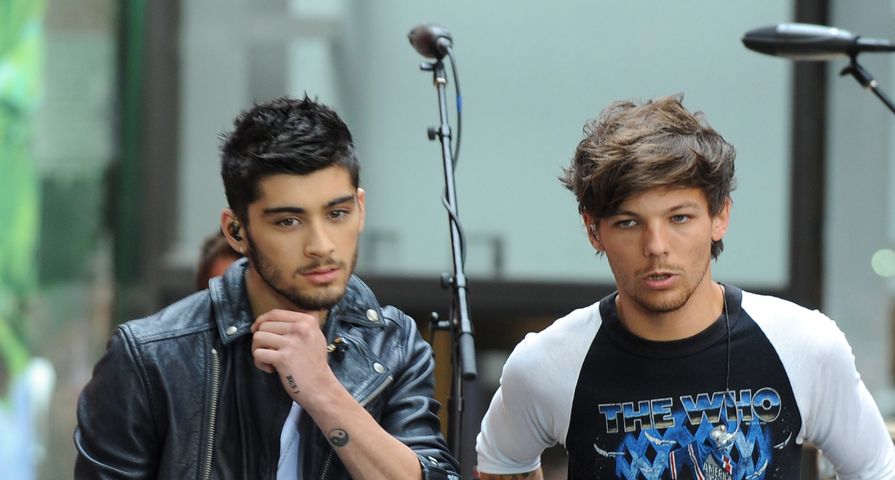 This was honestly a long time coming since Zayn Malik’s shocking departure from the biggest boy band in the world, yet still somewhat surprising that he would lash out at his former bandmate Louis Tomlinson on social media.

The apparent amicable split of Malik from One Direction came to an end when Tomlinson seemingly made fun of Malik’s new music producer Naughty Boy.

Naughty Boy posted a heavily filtered picture of himself with Zayn on his Twitter with the caption “Replace this,” which Malik retweeted. Not long after Tomlinson tweeted, “Remember when you were 12 and you used to think those Mac filters for your pictures were cool haha! Some people still do HA!”

Recognizing the obvious dig at the photo, Malik wasted no time in shooting back with, “@Louis_Tomlinson remember when you had a life and stopped making bitchy comments about mine?” Malik deleted the tweet but not before it was captured forever by the internet and retweeted by Naughty Boy who continued to verbally battle it out with Tomlinson by hurling back-and-forth insults at each other.

“And some people can’t even sing…but who’s complaining when there’s auto tune eh,” he wrote at the One Directioner.

“Jesus forgot you were such an in demand producer… How does it feel to be riding on the back of someone else’s career?” he responded which prompted Naughty Boy to state, “Yeah how does it feel mate? You’ve been doing that for the last five years… I’ve got Emeli Sande and Sam smith on my CV.”

“Good for you, well done !! I think we’ve done alright in terms of sales and I’ve happened to write on most. Keep trying!” Tomlinson wrote in the last tweet of the conversation.

While Naughty Boy and Tomlinson have had words on social media before, this is the first time Malik himself has spoken out against his former bandmates, and confirming a suspicion that his departure had more to do with not wanting to be a part of the boy band anymore then he initially let on.