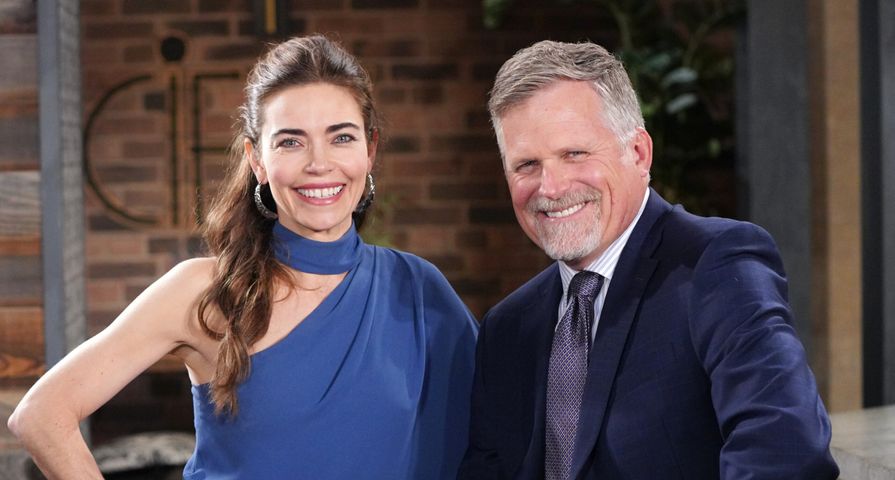 Guiding Light alum Robert Newman is ready for his spotlight on The Young and The Restless (Y&R).

In anticipation for his first air-date on the CBS soap, Newman sat down with Soap Opera Digest’s podcast, Dishing with Digest, to discuss his takeover of the Ashland Locke character.

“They have existed well before that, so there’s always this kind of looking back,” Newman continued, asking,“‘what was this person’s background?’”

While it’s surely helpful to have Richard Burgi’s portrayal as reference material, Newman already has some interesting thoughts on the business tycoon he plays.

So, what is Ashland hiding? Newman has a theory about the character and he’s shared it with Eric Braeden, who plays another ruthless businessman – Victor Newman.

“I have this idea that anybody who gets to a level,” Newman hypothesized, “the multimillionaire, billionaire level, you’ve probably done a lot of ethically questionable things to get there, you know?”

“Of course she’s fantastic,” he responded immediately. “You know, in a way I thought it might be more tricky for her, you know, because she’s been working with another person, an entirely other human being, for a period of time, who has different rhythms and methods and tics and whatever.”

Newman acknowledged that he and Heinle had talked on the phone in advance of their scenes, as they worked to establish a genuine rapport as quickly as possible.

“She also had to pick up on this relationship that apparently is based in love and it had to happen right now,” Newman marveled.

Y&R viewers were saddened to see Richard Burgi go, especially under such circumstances. However, fans won’t have to wait any longer to see the new Ashland in action, as Newman will debut today, February 9th.