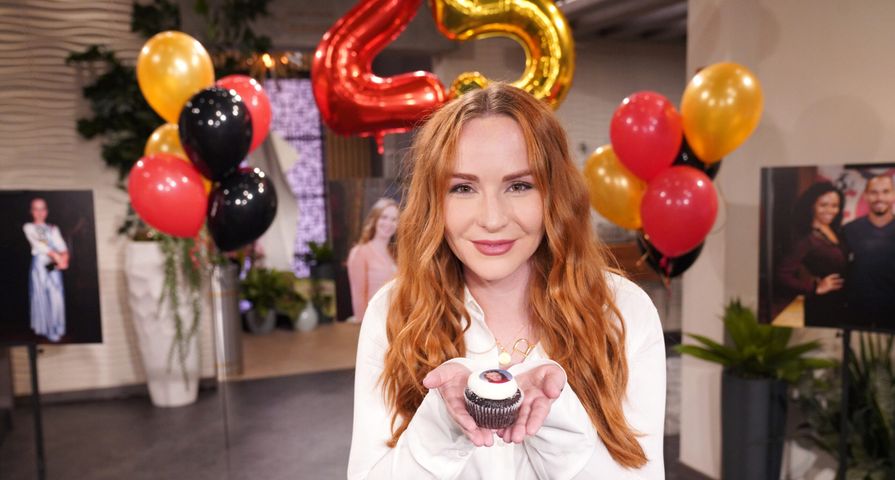 Camryn Grimes is celebrating her 25th anniversary on The Young and the Restless (Y&R), which is an incredible feat for someone who’s barely over 30 years of age.

As the star looks backwards in an interview with Daytime Confidential, Grimes notes a pivotal moment in her career that enabled this anniversary to happen: her return as Mariah Copeland.

The passing of Cassie Newman was a devastating moment for Y&R audiences and gave Grimes a midlife crisis. But returning to the CBS soap as a brand-new character (who was nevertheless Cassie’s twin) proved just as challenging.

Bringing Mariah Copeland to life in 2013 brought “a lot of doubt and a lot of fear” for Grimes, who hadn’t been on the canvas in nearly a decade.

“[It was] a very experimental and unsure period of time, where you now have to weave this new character into the canvas and relationships,” Grimes described. “Especially someone who is so opposite of Cassie. [Mariah’s] sardonic, witty and has a chip on her shoulder.”

“I just tried to figure out who this person was,” the Daytime Emmy winner added. “That was my main focus to distract from, ‘Oh God, people are going to hate me’.”

Grimes quickly found her footing with the new character, and now sees Mariah and Cassie as two distinct chapters in a life where personal growth and professional roles have intersected.

Following that cathartic experience, Grimes has gradually brought Mariah back to a grounded place of contentment.

“What’s been beautiful is to start from that point and watch Mariah evolve,” Grimes continued. “To watch her soften, and grow, and become more well rounded.”

“They were both respectfully characters that I could play at the time,” she summed up. “The innocence and the positivity of Cassie was me at that time. Mariah ended up being a representation of the years I had lived since then.”