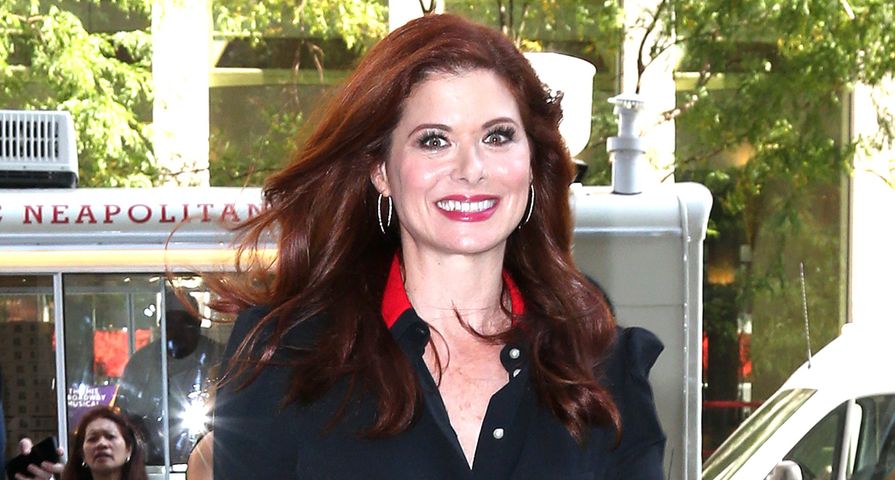 Will & Grace actress Debra Messing was not impressed with her interview with Megyn Kelly after appearing on the former Fox News host’s Today show this past Monday.

During the interview Messing was accompanied by her Will & Grace costars Eric McCormack, Megan Mullally and Sean Hayes. Kelly also invited a fan onstage to do a Question & Answer period with the actors.

“Is it true you became a lawyer, and you became gay, because of Will?” Kelly asked in reference to McCormack’s character. “I look at Will Truman and I’m like, he has it made: lawyer, apartment in New York City and gay? Come on,” the fan replied.

Kelly added, “I don’t know about the lawyer thing, but the Will & Grace thing and the gay thing is going to work out.” Some of the actors smiled respectfully in response to the comments, but Messing was clearly not impressed and straight-faced.

Messing was later confronted about the situation where a fan sounded off in the comments on one of her Instagram photos. “But why did you guys do the Megyn Kelly show? That’s a fail!” the fan commented.

Messing replied: “Honestly I didn’t know it was MK until that morning. The itinerary just said Today show appearance. Regret going on. Dismayed by her comments.” Kelly has yet to respond.

The Will & Grace revival premieres Thursday, September 28, on NBC at 9 p.m.