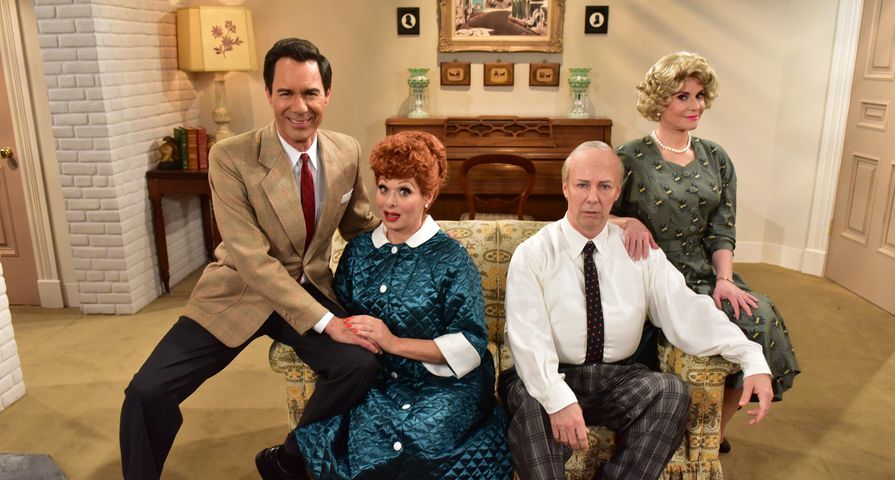 Will & Grace will pay homage to I Love Lucy by creating an entire episode around the iconic show this spring, as reported by Entertainment Weekly.

The I Love Lucy-themed episode is planned to air in the final season of Will & Grace. The “three dream sequences will feature Grace (Debra Messing), Jack (Sean Hayes), and Karen (Megan Mullally) playing Lucy in ‘re-imagined versions of iconic scenes from the original series,'” wrote Entertainment Weekly. “Messing gets to play Lucy in a ‘Vitameatavegamin’ scene, Hayes will assume the title role in the chocolate factory, and Mullally will recreate the memorable grape stomping moment. Will (Eric McCormack), in the meantime, will play Ricky Ricardo in all of the classic excerpts while the others will rotate playing Fred and Ethel.”

Will & Grace writers will keep the scenes scripts intact as they were in the original. To cap off everything I Love Lucy, Lucie Arnaz – the daughter of Lucille Ball and Desi Arnaz – will make a cameo in the episode when they’re in the chocolate factory.

“I know my parents would be over the moon to be honored in this way and by such similar talents who bring the same kind of joy to audiences as they did in I Love Lucy,” said Arnaz. “I’m thrilled to be invited to the party and will do my best to honor the memory of Elvia Allman’s iconic performance.”

This is the first time Arnaz has played a role that honors her parents’ show. As a matter of fact, this is also the first time an I Love Lucy episode has been recreated for TV.