Will & Grace Star Sean Hayes Reveals He Was Recently Hospitalized 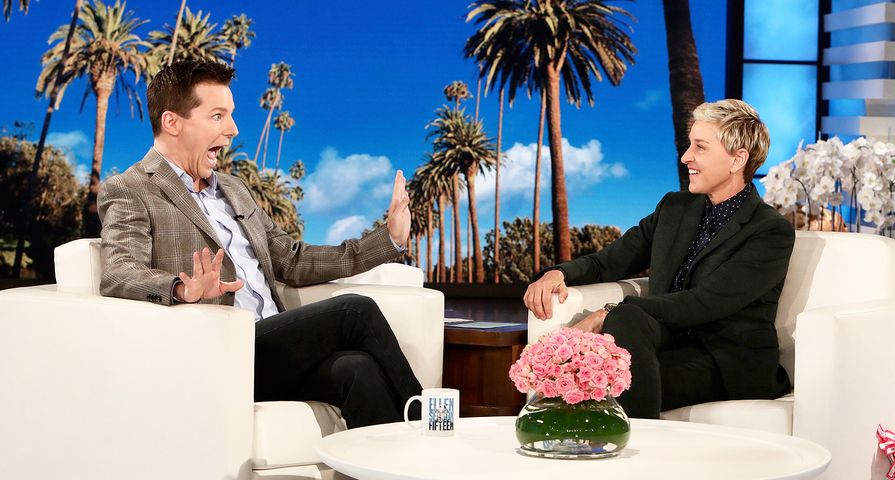 Even in the most serious of situations, Sean Hayes can find the humor.

The beloved Will & Grace recently appeared on The Ellen DeGeneres Show, but as it turns out he was supposed to be there weeks ago before having to cancel last minute. After making it to the show on Wednesday, October 25, Hayes revealed that the reason he had to cancel weeks ago was because of a serious health scare.

“I went to bed at night and all of a sudden I felt this excruciating pain in my stomach. So I went to the ER…and thank God I did. I had a very rare thing where my small intestine burst open, and it was poisoning my body,” he told Ellen about his ordeal.

“So they went in there, and they clipped off the bad part and put it back together with like a chip clip, you know?” After the surgery the actor admitted he was heavily medicated, “They put you on so many drugs, you’re like high out of your mind, right? And so I was talking to your producer and she was so nice and we were going through all the stuff and she said, ‘Are you sure you can do the show on Monday?’ ….And so “Scottie, my husband, was in the room with me. I hung up the phone and he was like, ‘What’s wrong with you? You can’t do the Ellen show on Monday. Are you high?’ And I’m like, ‘Yeah, I’m really high. Are you high?’”

He then revealed that he was so high that he didn’t realize his hospital gown was open as he did laps around the hospital, and shared a photo of himself in his gown. “That’s me in that stupid hospital gown they put you in,” he said with a grimace. “Look at that — so sad. So in order to get your energy back, they make you walk around the floor and do laps. So I’m making nice-nice with the nurses and they’re laughing. I’m like, ‘They must be gigantic fans!’ Well, my bottom was sticking out the whole time.”