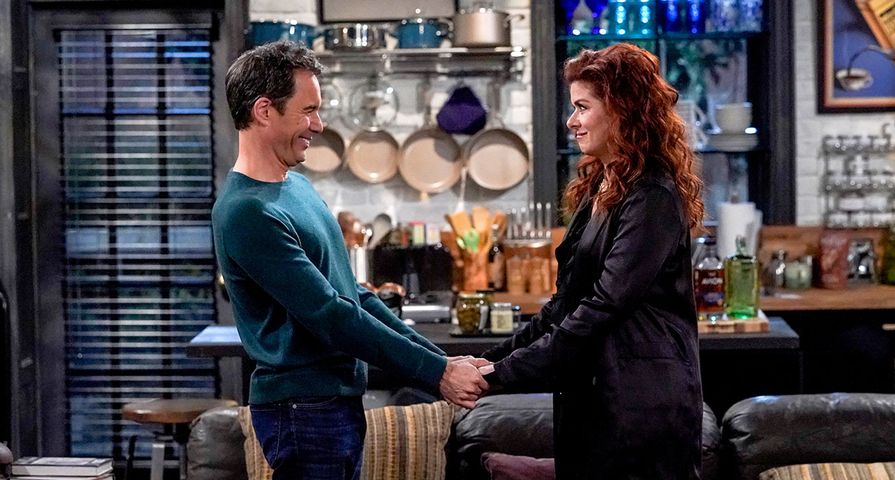 In 2006, the cast and creators behind Will & Grace said their goodbyes to the hit NBC sitcom with plenty of tears and emotional farewells. Now, they’re saying goodbye for a second time.

The team wrapped up their filming of next year’s finale, which marks the end of the reboot of the series.

After the show’s original run from 1998-2006, Will & Grace returned to television in September 2017 for a series revival. The sitcom was renewed for three additional seasons with season 3 being it’s very last. This week, the crew finished their now-second series finale, and actor Sean Hayes and series creator Max Mutchnick shared their feelings online.

“And that’s a wrap from Stage 22 on the backlot of Universal Studios,” Hayes captioned his photo of him bowing with fellow Will & Grace costars Debra Messing, Megan Mullally, and Eric McCormack. “What a glorious end to an amazing experience. Thanks to all of the fans. This was all for you.”

“Tonight I said good bye to Will Truman. For the second time,” McCormack tweeted. “And I’m more than a little broken.” The actor also shared a split photo of the cast, director James Burrows, and Mutchnik and fellow creator David Kohan on Wednesday night as they recreated a photo from two decades earlier. “Twenty years later. Hard to believe,” he captioned the photo.

Series creator Mutchnik shared a behind-the-scenes picture and video of the show’s producers’ reaction to the last episode.

“Okay. It’s happening, the last show, the last taping of Will & Grace,” Mutchnik said in the video. “The apartment is empty, we’re telling that story, they have moved on, and this series is officially over. Thank you, everybody.”

Mutchnik and fellow executive producer Kohan and Burrows said in a previous statement explaining, “We think of the Will & Grace reboot episodes the way Karen Walker thinks of martinis – 51 is not enough, 53 is too many. That is why, after consulting with the cast, we all have decided this will be the final season. They say you can’t go home again, but we did. And now, three seasons and 52 episodes later, we’re even more proud of something we never thought we’d get a chance to do again. We have had a once-in-a-lifetime experience twice. And for that, we owe a double debt of gratitude to NBC, this show’s supportive and caring home since day one.”

“It’s really happening. The curtain is coming down on Will & Grace after 11 seasons. A whole lotta life was lived in that apartment. And that laughs. Thank God for the laughs,” Debra Messing captioned an Instagram photo of herself and McCormack sitting in their characters’ empty apartment. “Almost all packed up. Savoring every last minute.”

Messing also posted a teaser for the final season via Instagram, captioned, “Something BIG is coming!” The photo GIF showed off a baby bump.

And that’s a wrap from Stage 22 on the backlot of Universal Studios. What a glorious end to an amazing experience. Thanks to all of the fans. This was all for you. ❤️ #WillandGrace

Before a studio audience watches an episode, our actors perform it for us as their first audience. It’s always been a privilege, and yesterday was our last ever. #willandgrace #lastseason #nbc #gaytv

Something BIG is coming!