Home » Trending News » Who Did Taylor Swift Reportedly Kiss At The 1975’s Concert?

Who Did Taylor Swift Reportedly Kiss At The 1975’s Concert? 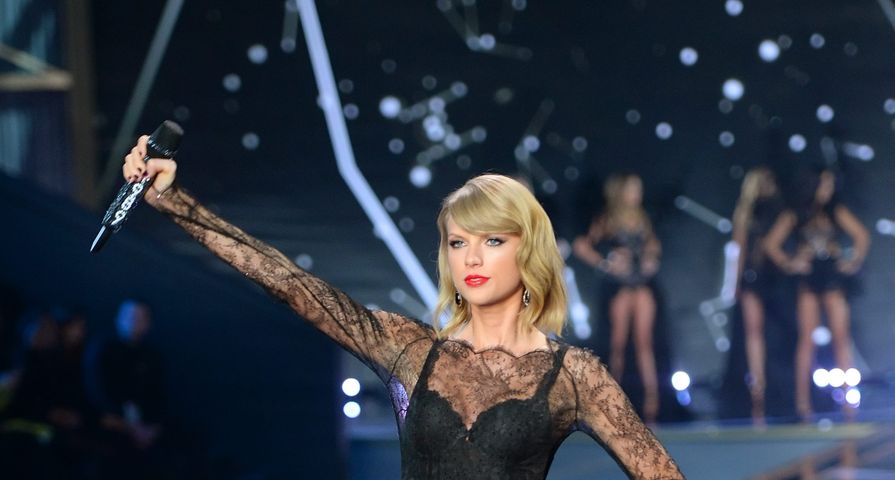 Taylor Swift may be claiming she is totally “happy” about the fact she is single right now and after a string of high-profile, dramatic relationships that definitely makes sense, however as a notorious serial dater it couldn’t be too long before she sparked relationship rumors with some celebrity.

Recently, Matt Healy, the lead singer and guitarist for the British rock band, The 1975, indicated there could be a budding romance between himself and Swift after announcing the two had swapped numbers and were going “to see what happens”, meanwhile Swift has been spotted donning a band t-shirt representing The 1975’s.

With an obvious like for the band regardless of the sexy lead singer, Swift attended another 1975 concert in New York on Thursday December 4.

She posted a picture that night on Instagram with two of her gal pals Martha Hunt and Lily Aldrige with the caption “I’m in love with @marhunt and @lilyaldridge,” but it was someone else she seemed to be showing affection for during the show.

Photos on TMZ indicate that it wasn’t Lily, Martha OR Matt Healy for that matter that Swift was snuggling up to, instead the photos seem to show Swift sharing a kiss with her model best friend Karlie Kloss.

When Kloss was asked about the possibility of something happening between Swift and Healy she simply stated, “I mean, who isn’t a fan of Taylor Swift!,” and then said that she has to “check them out” when referring to the band.

While it is hard to tell if it is a kiss, the two definitely were very close while face-to-face, taking a whole new meaning to Kloss’s words, or it was just a friendly gal pal kiss.

To top it all off, the rumored kiss comes after everyone freaking out about the chemistry between the two while at the 2014 Victoria’s Secret Fashion Show with Kloss modelling and Swift performing.

Healy better watch out or he may find himself in the middle of a supermodel-Taylor Swift love triangle.