Home » Trending News » What Does Katy Perry’s Dancing Shark Have To Do With Her Taylor Swift Feud?

What Does Katy Perry’s Dancing Shark Have To Do With Her Taylor Swift Feud? 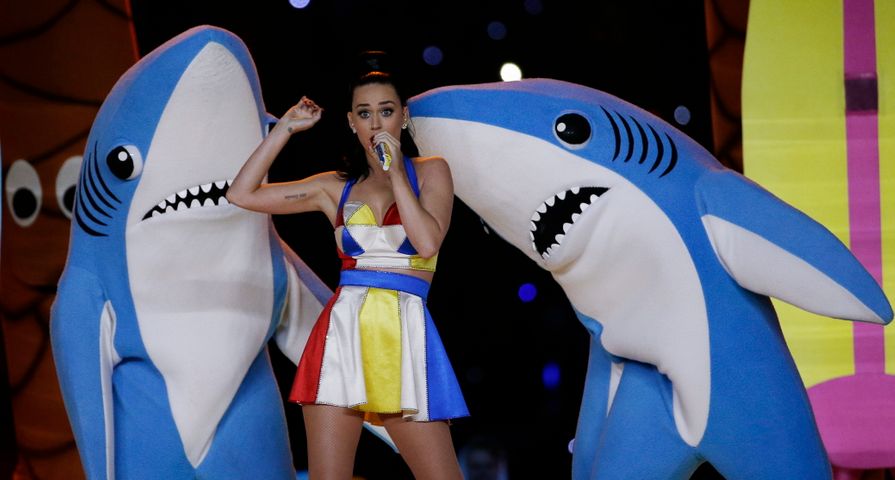 Katy Perry’s stunning Super Bowl halftime show was a lot to take in between entering on a giant lion, soaring across the stadium like a shooting star and sharing the stage with the likes of Missy Elliot and Lenny Kravitz there were theatrics galore.

When Katy Perry did her press conference prior to the big game however she promised there would be sharks, and sure enough there were. Perry was flanked by two dancing sharks during a medley of her songs and it has now been revealed who at least one of them was and aside from being an extremely good looking and long-time back-up dancer to Perry, he also has something to do with her feud with Taylor Swift.

Scott Myrick revealed he was one of the sharks and tweeted after the show, “And that everyone, is what it feels like to have your heart explode. I’ve never been more proud to be a part of something in my life.” He then posted an Instagram picture of himself dressed as the shark with Katy during the show along with the caption, “BREAK THE SUPER BOWL.”

As for his role in the feud, it turns out back in 2011 Myrick was a backup dancer during Perry’s California Girls tour and afterwards got a spot on Taylor Swift’s Red Tour. According to those who know the feud, Perry reached out to some of the dancers on the Red Tour to leave halfway through to join her Prismatic Tour, which Myrick as well as two others did.

Swift confirmed that her song “Bad Blood” was indeed about a fellow pop star and in an interview with Rolling Stone she talked about the incident but didn’t directly name Perry stating, “She did something so horrible. I was like, ‘Oh, we’re just straight up enemies.’ And it wasn’t even about a guy! It had to do with business. She basically tried to sabotage an entire arena tour. She tried to hire a bunch of people out from under me.”

Let’s be honest no matter which side Myrick chose he would be performing with one of the biggest pop stars in the world, but only one was playing the Super Bowl halftime and only one featured an adorable dancing shark.