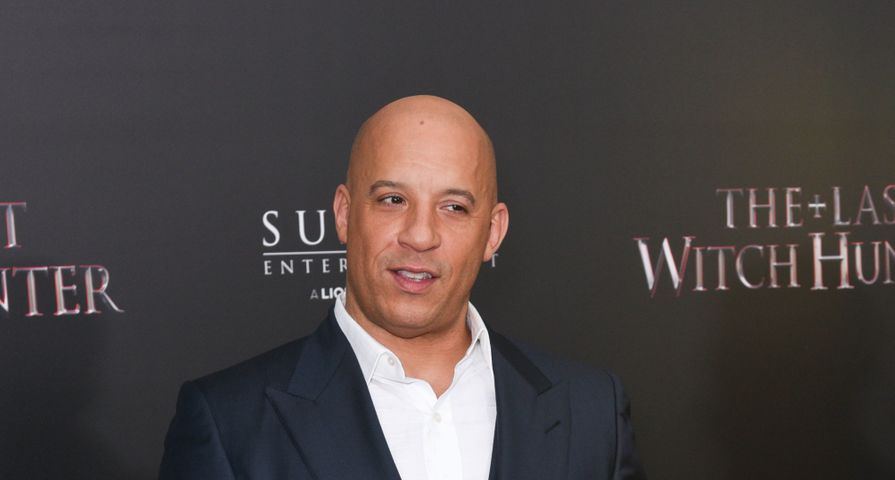 On Monday, August 8, Dwayne ‘The Rock’ Johnson shocked fans with an angry rant about the set of Fast 8, and working with some “candy a–” male co-stars.

Naturally, everybody wanted to know just who he was speaking about with a list of actors in the film including Jason Statham, Kurt Russell, Tyrese, Vin Diesel and Scott Eastwood, just to name a few. It didn’t take long for media outlets to determine that The Rock’s real problem was with longtime Fast and Furious star Vin Diesel.

Now, it seems we are going to get Diesel’s side of the story…eventually. Diesel took to his own Instagram to post a video message which he captioned, “So much has gone in this year. I can’t believe I wrapped two back to back pictures I both starred in and produced. Now I get to return to my family, my life… To me.” In the video, Diesel says, “After being on set since literally Christmas to finally, finally, finally to come home, and to learn the little angel [daughter Pauline] learned a new word. I’m going to have to share it with you, it’s more important than anything.”

“Her new word kind of describes my spirit and my soul, and most people who stay positive,” he continued. “The new word is ‘happy.’ When I heard her say ‘happy,’ I just lit up in ways I can’t even describe,” he then paused and dramatically said, “So give me a second and I will tell you everything. Everything.”

It seems that, even though Diesel and Johnson reportedly had a meeting to hash out their problems, not much was resolved, and now TMZ is reporting that lines have been drawn with the cast and crew on the set of Fast 8, and The Rock wins.

According to the site, The Rock has been unhappy with Diesel’s “work ethic” for quite awhile and some crew members stated Diesel was “30 minutes to an hour late to shoot scenes … and it wasn’t because he was late to the set — he was simply in his trailer and wouldn’t come out.” He also apparently changed filming start times from 7AM to 10 Am because he didn’t like the early morning. At the very beginning of the feud there were reports that one of Johnson’s biggest problems with Diesel was the fact he was also a producer and was arrogant about it, and apparently that is also true. Diesel wouldn’t listen to anyone and would often criticize the others’ acting skills.

Meanwhile the crew is calling Johnson the “ultimate professional” who is always on time and  “easy to work with.”

Can’t wait to see what Diesel has to say!

So much has gone in this year. I can’t believe I wrapped two back to back pictures I both starred in and produced. Now I get to return to my family, my life… To me.